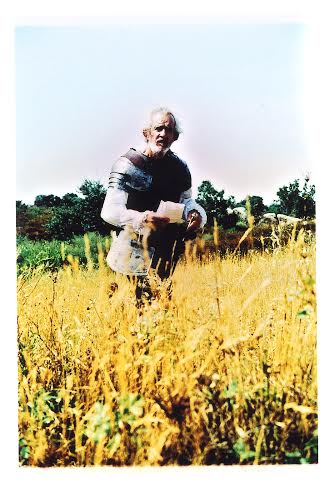 It will feature a selection of cinema adaptations of Cervantes’ novel; a talk by Filipino writer Marjorie Evasco; and a cuisine based on the dishes mentioned in the novel.

José María Fons Guardiola, cultural head of Insituto Cervantes, noted that there had been over 100 film versions based on or inspired by the novel.

“I suppose that’s because [the novel] is universal and successfully appeals to people from any culture,” Guardiola said. “Don Quijote and [his sidekick] Sancho Panza have become icons, paradigms of certain ways of seeing the world and our role in life. What they have to tell us about idealism, realism and life in general is still very valid.”

Variaciones del Quijote started on Aug. 1 with the first of the four works featured in the film tribute Don Quijote en El Cine.

Gil’s film is the oldest and it opened the film series over the weekend.

The next screening will be “El Caballero Don Quijote” (Don Quixote, Knight Errant), on Aug. 8. Well received by the critics, the film bagged several nominations and prizes in different festivals around the world, including a Goya Award for Best Cinematography.

“Don Quijote de Orson Welles” (Don Quijote of Orson Welles), an unfinished film directed by Welles and Franco, will be shown on Aug. 15. In this film, Welles recreates his peculiar vision of Spain through the eyes of Don Quixote and Sancho, who tour the San Fermín festival, the Moors and Christians, Easter.

Welles died before finishing the movie, and his friend Franco took over and completed the work in 1992.

The film series will conclude on Aug. 22, 2 p.m., with the screening of Serra’s “Honor de Cavelleria (Quixotic).” Shot with amateur actors and a minimal budget, Serra’s 2006 adaptation of the misadventures of the senile would-be knight and his sidekick is arguably the most “heterodox” reading of the novel.

The film favors natural sounds and landscape imagery over dialogue and music, in a somehow minimalist way. It garnered several awards in international festivals, including Best Film at the 2006 Torino International Festival of Young Cinema.

On Aug. 22, 10 a.m., Evasco will deliver her talk “Altisidora Postscript: Re-reading the Ludic in Book II of ‘Don Quijote de la Mancha.’” Evasco will discuss the relevance of the second part of “Don Quijote” in the history of literature and in the emergence of a new genre—the novel.

The second part was published in 1615, ten years after the launching of the first book.

Cervantes used metafiction to tell the second part of the novel, wherein Don Quijote and Sancho meet characters who have read the first book and are aware of their misadventures.

“The second part is perhaps what makes Cervantes’ work truly great,” José Fons said. “It creates a new genre, the novel, in the sense we understand it today. It’s somehow amazing, because ‘Don Quijote de la Mancha,’ being the foundational work of a new genre, also displays all the potential and possibilities that the novel, as a genre, will show in the coming centuries: polyphonic viewpoint, metaliterature, borderless approach and structure.”

Evasco received the 2010 Southeast Asian Write award given by the Kingdom of Thailand and Ani ng Dangal awardfrom the National Commission for Culture and Arts. Her books have won the Philippine National Book Awards for poetry, oral history and art.

Visitors to the Library Miguel Hernández of Instituto Cervantes are invited to copy a few lines of the novel in the first hand-written “Don Quijote” in Asia.

Fons said the classics were meant to be timeless reading although nobody reads them. He also alluded to Argentine writer Jorge Luis Borges, who said “glory is a form of incomprehension and it is perhaps the very worst.”

“Apparently, timeless books have the power to always tell us something relevant,” Fons said. “There’s so much to be learned about love by reading Proust! In the same way, there’s so much to learn about life from those dialogues between the would-be knight and his squire. Pretentious as it may sound, I humbly believe that good readings connect us to life, make us live more fully. Reading is one of the main pleasures we can enjoy, and I cannot conceive human existence without it, without fictions.”

Variaciones del Quijote is presented by Instituto Cervantes in collaboration with the Embassy of Spain. The screenings, in Spanish with English subtitles, will be held every Saturday of August at 2 p.m. at Instituto Cervantes Manila (855 T.M. Kalaw St., Ermita, Manila).