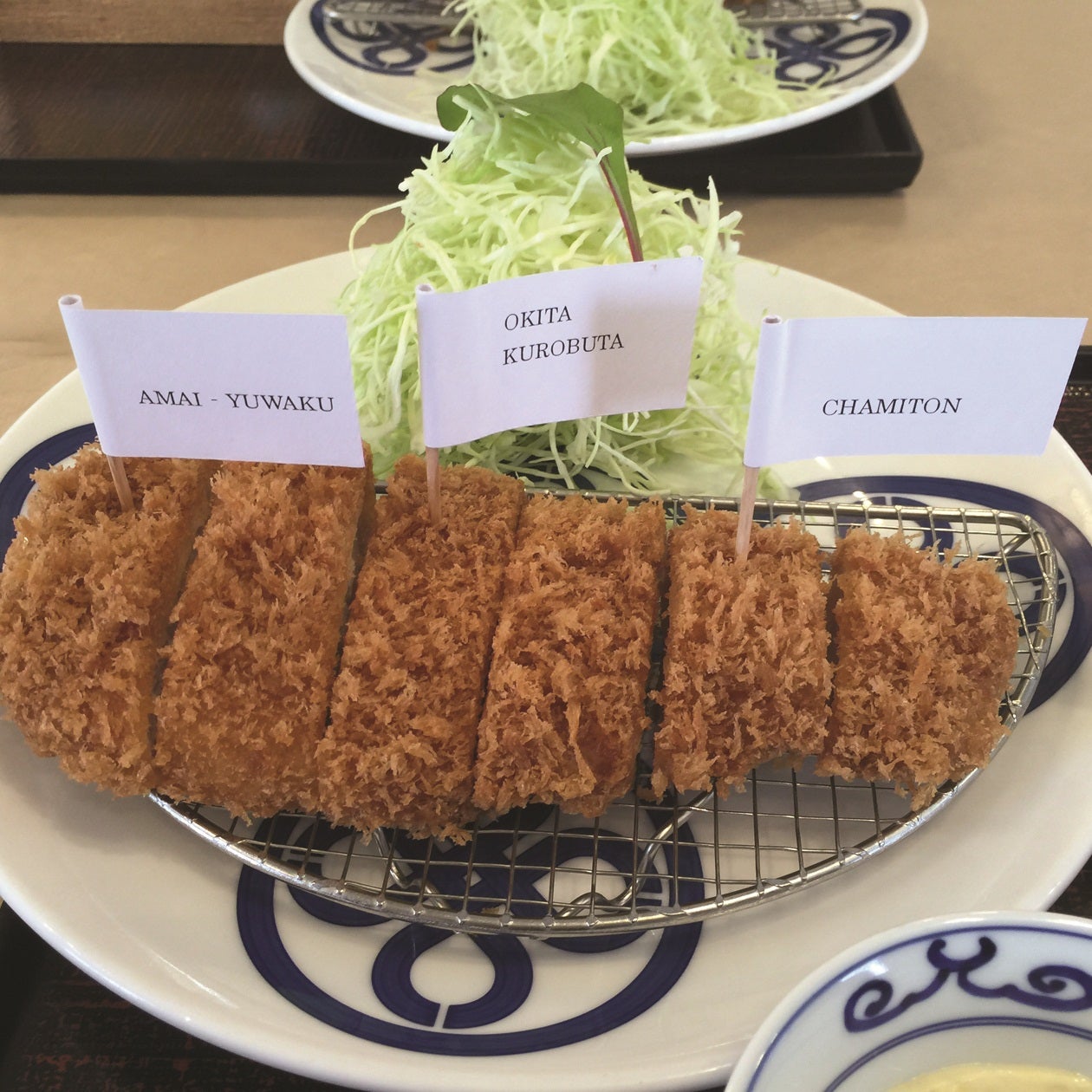 MAISEN tonkatsu made of three different kinds of pork, ready to be sampled by visiting Manila media in Tokyo

Ben Chan out to leave his mark with–tonkatsu

This is a significant move not only for the tonkatsu lovers—and more and more Filipinos are getting hooked on it, the way they did on tempura decades ago—but also because it’s the latest proof that Chan, a game-changer in fashion retail, is definitely digging his heels in the food chain business, after he’s turned Bench into a global brand.

Before Maisen, Suyen Corp. brought in Paul and St. Marc Café (with its famous “chococro”), the latter also from Japan.

More important, with this move, Chan seems to dispel rumors that Bench is being sold to SM.

To such rumors, Chan has often replied—“Not true at all,” adding that SM hasn’t even approached Suyen. He was even rather embarrassed lest SM thought that Bench people were the ones spreading the rumor.

But such is just a minor subtext in Chan’s major foray into the food brand business.

Maisen is synonymous with the best tonkatsu (breaded pork, put simply) and Filipino travelers to Japan are familiar with it. Chan himself loves going to Maisen Aoyama, the flagship restaurant in Tokyo.

Definitely a tonkatsu lover, we never realized how tonkatsu preparation could be down to a science until we visited, with Chan, the Maisen Aoyama flagship kitchen in Tokyo last March.

Chan and Suyen officials Virgilio and Nenita Lim and Bryan Lim brought the lifestyle media to Tokyo to cover the Japanese food brands that Suyen is opening in Metro Manila this year.

Standardized preparation, beginning with the quality and kind of the pigs that yield the pork—standardization to the level of science—that, we realized, was what set Japanese food above Filipino cuisine, or why and how the Japanese could export their food brands.

Theirs is a cuisine built not only on taste, but also on technology.

Tonkatsu begins with the right material—the pig, which in the case of Maisen, falls under three kinds: Amaiyuuwaku, or the limited pure Yorkshire which feeds on bread; the Okita Kurobuta, or black pork that feeds on sweet potato for four months; or the Chamiton, or pig that feeds on tea leaf. Interestingly the latter is said to be low in cholesterol and rich in vitamin E.

After the pork comes the quality of the breadcrumbs to coat the pork. The flour must be of high quality, which goes through mixing, fermentation. The bread is sorted out, crushed, and even aged.

The critical technology here is the crushing machine to produce the breadcrumbs. This is the machine that will be used in Maisen at Greenbelt.

With these ingredients, we were asked to try to prepare the tonkatsu at the Maisen Aoyama factory. That was when we realized how methodical was the perfectly even coating of the breadcrumbs. We were asked not to elaborate beyond this—it is Maisen’s trade secret.

After we enveloped the slab of pork in breadcrumbs, it was deep-fried in sunflower oil, which Maisen manufactures itself.

At lunch that day at Maisen Aoyama, we finally tasted the kind of tonkatsu Maisen has been known for—the freshness of the meat is intact, its tenderness underscored even further by the crispiness of the panko (breadcrumbs), and meat consistency is even, meaning, it’s neither fatty nor chunky.

In over 50 stores all over Japan, Maisen also sells lunch boxes, apart from the sandwiches.

It has come a long way from the ’60s, when a Japanese housewife, who, noting how the Japanese then were catching the habit of eating meat, not only fish and vegetables, opened a hole-in-the-wall restaurant serving tonkatsu in Tokyo.

It was so interesting how the housewife, known only as Mrs. Koide, merely wanted to prepare filling meals for children (including her own perhaps) going to school, and what could be more filling than breaded pork?

It is said that Mrs. Koide is now in her 80s. She has long sold the business. Maisen is part of the Japanese giant, the Suntory Holdings Limited.

Why is Chan diversifying to food and restaurants?

“It’s a natural progression, after our success with Florabel,” Chan told us in an interview.

He considers the food business even more attractive than the fashion business now.

“Fashion retail is high-maintenance. You prepare per season. Food has faster returns,” he adds.

But really, Maisen tonkatsu is to lust for.