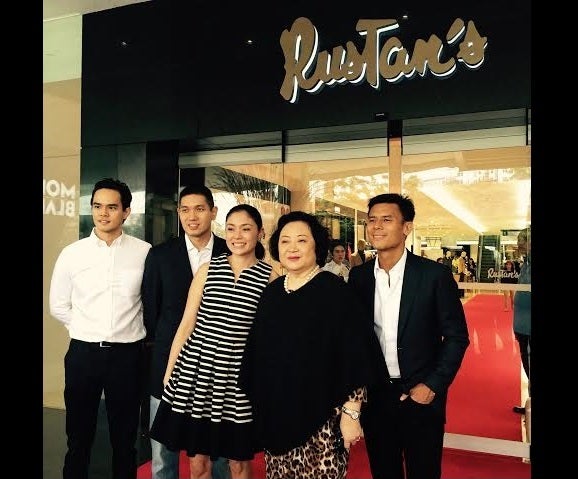 Cebu City—As fireworks lit up the early evening sky of the Queen City of the South, Rustan’s opened its 12,500-square-meter store here at Ayala Center on Aug. 7.

Ambassador Bienvenido Tantoco, the retail chain’s patriarch, described what the scene symbolized: “Cebu is welcoming us.”

Or, to be exact, Cebu is welcoming an expanded Rustan’s. The country’s top high-end retail store has been in Cebu since 1981, starting in Mango Avenue and moving to Ayala Center when the mall opened.

Its original 2,000-sq-m space, however, could hardly compare to the bigger Rustan’s now—with its grand imposing facade dominating the new wing of the Ayala Center.

Joining Tantoco were his children and grandchildren at the helm of the business, led by Rustan’s chair and CEO Nedy Tantoco who oversaw the expansion.

Rustan’s Cebu has the widest range of high-end merchandise that the retail store has been known for the past 63 years: cosmetics and beauty section on the ground floor; fashion, accessories and jewelry, kiddie, men’s and women’s wear, home and kitchenware in the upper floors.

A fashion show of the store’s collections capped the cocktails reception. As Nedy Tantoco said, the expansion is Rustan’s vote of confidence in Cebu’s development plans.