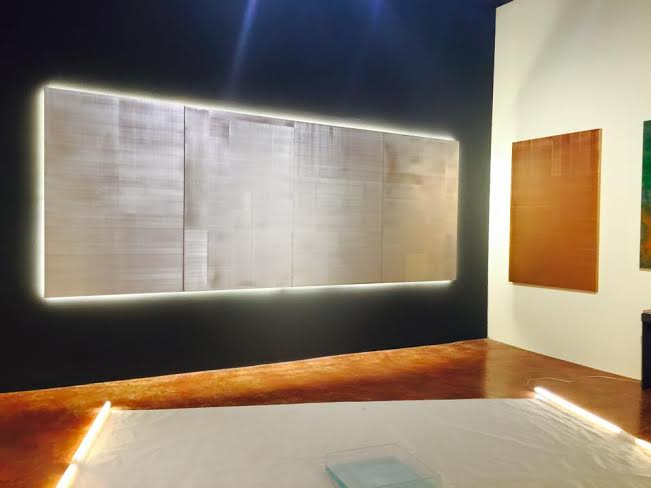 FOR VISUAL artist Norberto Carating, the fact that he and two other Filipino visual artists got invited to the Venice Biennale without any government funding showed that Philippine art was as good as that of the rest of the world.

Carating was talking about the “Personal Structures—Crossing Borders” exhibition organized by European Cultural Centre for the 56th International Art Exhibition (as the Venice Biennale is now known), to which he, along with Augusto “Gus” Albor and Josephine “Jing” Turalba, was invited.

“Personal Structures—Crossing Borders” showcases works of artists from all over the world, focusing on the themes of time, space and existence. The exhibition aims to show the commonalities and the differences between European and non-European artists. Over 100 artists from over 50 countries participated in the exhibit.

The exhibition is being held at the Palazzo Bembo and Palazzo Mora until Nov. 22.

Carating, named one of the Thirteen Artists by the Cultural Center of the Philippines (CCP) in 1990, said they arrived in Venice on April 27, a week earlier than the opening, so they could assemble their works.

“It was an exciting experience for me,” he said. “There were so many artists and so many art lovers. After all, it’s been called the Olympics of the art world! We were at Palazzo Mora, in the same building as the Philippine Pavilion. There were many curators, gallery owners, artists, a lot of dialogues and networking.”

Carating said their participation marked the first time works by Filipino artists were exhibited with the best from all over the world.

“The fact that we have been invited shows already a robust sign that we are at par with our peers in the international world of art,” Carating said. “To label art in geographic terms, in my modest opinion, is myopic. Art biennales such as the Venice Biennales are supposed to bring down these barriers. Artists come to Venice to celebrate the liberating universality of art.”

Carating said that while it was important for artists to expose both their works and themselves to a different audience, they have to keep in mind the value of originality.

“Don’t let yourself be influenced by other people’s works to the point that you are copying their style,” he said. “I personally want to be as original as possible when it comes to technique and style.”

Albor and Carating are two of the leading abstractionists in mainstream Philippine art.

An exponential presence in Philippine Nonrepresentational Art, Carating has extensibly exhibited his works in the US, Canada, Germany, Spain, Hong Kong, Singapore.

In 2012, the Bulwagan ng Dangal (Hall of Fame) of the University of the Philippines Diliman presented “Norberto Carating: Artist Collection in Retrospect,” an exhibition of the artist’s works representing four decades of artistic production.

The two-man exhibit of Albor and Carating at Room 5 of Palazzo Mora is curated by Rubén D.F. Defeo of the UP College of Fine Arts.

The Palazzo Mora exhibit is part of the European Pavilion.