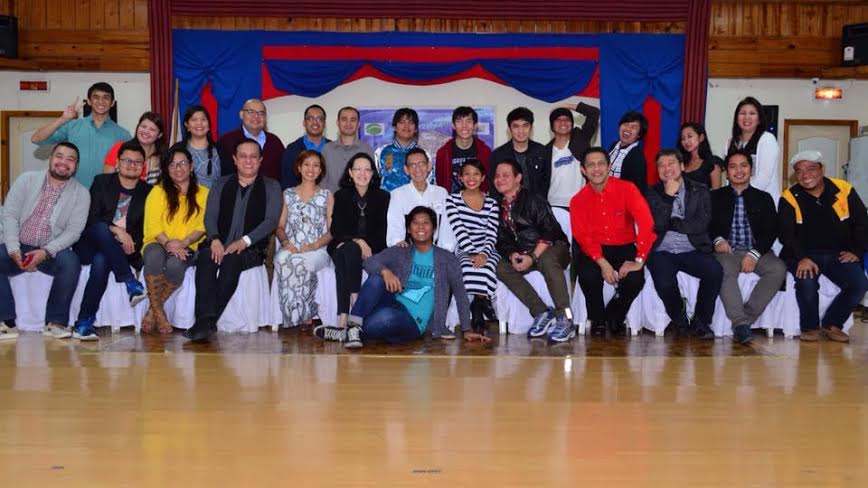 FELLOWS and panelists of 2015 UST National Writers Workshop in Baguio

THIS famous quotation started out with a solemn statement: “Writing is a solitary occupation.”

The solitude of writing has always been best articulated by writers themselves. For example, Jessamyn West: “Family, friends and society are the natural enemies of the writer. He must be alone, uninterrupted, and slightly savage if he is to sustain and complete an undertaking.”

But writing is not a solitary occupation as proven by the 2015 national workshop on creative writing of the Center for Creative Writing and Literary Studies (CCWLS) of the University of Santo Tomas (UST).

For one energetic week in the City of Pines, writing fellows and workshop panelists interacted, proving that more than solitude, writing is camaraderie.

The workshop was spearheaded by the revitalized CCWLS. At its helm as director was University of the Philippines professor emeritus and creative nonfiction and fiction expert Dr. Cristina Pantoja Hidalgo. Deputy director is poet-critic Ralph Semino Galán, this year’s workshop director.

This impressive batch of panelists was completed by no other than the “Lord Jim” of Philippine literature—poet, critic and teacher Gémino H. Abad.

Some of the fellows chose to stay far away from the others, listening to their iPods by the Botanical Garden; some jumped right into the conversations, especially when common literary friends were mentioned. However, when we got our workshop kits from the CCWLS office, there was an easy banter that settled among the group.

It was a sign of good things to come… until we passed by a landslide on our way up to Baguio and I had to convince myself that even a landslide was a good thing.

It was, indeed, a good thing: like a landslide, the barriers between the fellows and panelists were swept away as the days passed. How could these not fall away with works that were filled with fantasies of time stopping on a building’s ninth floor or a dog named “Chibu” becoming a human being?

What about kids who couldn’t tell poems, horses that drowned in rivers, wildfire as a dating app to start conversations with over dinner? If those were not enough, there was plenty of talk about dogs (mostly pulutan or missing), a moth performing its suicidal dance, sirena and Mariang Makiling, old ladies with saints in airplanes, letters written to city-selves, the captain of the seas who still had time to write villanelles and postmodern sestinas.

These outbursts of creativity were enough to fill any void of loneliness in a writer’s life.

Even the workshop venue lent itself to the relaxed atmosphere: Ridgewood Residence, the workshop’s setting for years, has a homey ambiance that welcomed everyone. In the country’s literary community, writing workshops are often regarded as venues for tough love.

Many panelists from distinguished national writers’ workshops usually come down hard on their writing fellows to teach, improve, and instill discipline. However, something in Ridgewood Residence caused these customary expectations to fade away, because the panelists themselves fed off one another’s energies. They bantered with one another, joked and laughed with the writing fellows even during sessions, and sometimes, became emotional when the works they critiqued moved them to tears.

The panelists’ companionship was clear even when they burst out with “son of a gun!” or commented on syntax; when they playfully argued about owning one’s language, ensuring accessibility, and clarifying imagery. It was an atmosphere that sustained everyone’s high spirits despite the grueling schedule of 8:30 a.m.-5:30 p.m. every day. Despite this, we still felt satiated, excited, and optimistic after 5:30.

With the continuous encouragement of the panelists (especially Dr. Hidalgo), we understood that we were building a community, where writers thrived and survived not only because of their talents, but also because of one another.

We were in a bubble that was meant to support us throughout the week, so it was given that friendships would quickly develop. The challenge was in what would happen to us, professionally and personally, after that week.

During a night when most of us decided to paint Baguio red by scourging Bookends for astrology books and walking around the night market, it was clear to me what we would become to one another after the workshop. The graduation night on the sixth floor of Ridgewood further confirmed my suspicions.

After the certificates were awarded and the special citations were given to fellows and panelists alike, the night once more slipped into fun and free-spirited rhythm. We fellows gathered with each other to make the most out of our last night together, and the panelists danced and laughed with one another.

In a moment of sharp lucidity, I gazed at the people in that room and understood what a “writing family” meant.

In the UST NWW 2015, writing was best developed among company, to gather enough strength from the exercise itself because the craft was best explored through friends, who we were to one another after that week. We became unexpected muses for one another, guiding lights, harsh critics, staunch supporters.

That one energetic week, those interactions, and that special night will always remind us that we will never be alone. So again, I apologize to those literary greats, because now we understood that what the UST National Writers Workshop offered us was the chance to create a family among fellow writers, so that we could be there for one another when the writing becomes too lonely.

With all the people I’ve met and bonded with in the workshop, I truly believe that writing would never be solitary.