A lesson for students studying abroad: 'When in Rome, do as Romans do' | Inquirer Lifestyle 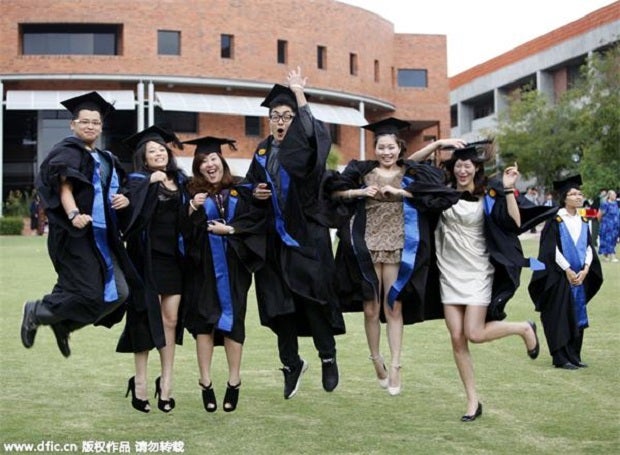 A lesson for students studying abroad: ‘When in Rome, do as Romans do’

Recent media reports about hundreds of Chinese students failing the University of Sydney’s business school exams have provided much food for thought.

Some 300 students out of 1,200, with the majority of them being overseas Chinese students, failed the critical thinking part of the business course last semester. This number was unprecedented and the Chinese students have questioned whether the university was making things difficult for them so that it could garner another 5,000 Australian dollars ($3,666) from each of them to restudy the subject.

The possibility of the school failing the students in deliberation, though has not been ruled out completely, is highly unlikely and could not have been the choice of a prestigious university like the University of Sydney.

It is the lack of training in critical thinking in Chinese schools that is the most likely reason for the student’s poor performance in this course module.

As such, both the university and the Chinese students need to build mutual understanding so that they could gradually narrow the differences and find a solution acceptable to both sides.

As a higher learning institution that enjoys fame and popularity among overseas Chinese students, the University of Sydney, its business school in particular, should quell the furor as quickly as possible so as to mitigate the negative impact it might have on international students, especially those from China.

Nobody would suggest that the university or its business school should lower their standards to accommodate Chinese students. But as Confucius said, “teach students in accordance with their aptitudes,” the school does have the responsibility to improve its teaching methods so that knowledge and skills could be properly and efficiently imparted to students with different cultural backgrounds.

After all, examinations are just means to check whether students have grasped the gist of teaching and learning. Given that a mandated examination for the critical thinking part of the course was only introduced last semester, the business school should have done more to help the students fully prepare for it.

On the other hand, the Chinese students need to reflect upon their own learning habits. Those who were trained by the “duck-stuffing” type of teaching, which is typical in Chinese schools, should not expect the same from Western universities, where teaching and learning are both student-centered and teachers just provide guidance.

The Chinese students should discuss the matter with school authorities in a calm manner.

There is no need to make a great fuss about the issue. The accusation that the school is discriminating against Chinese students is not well-founded as education is now Australia’s fourth-largest export and universities in the country have no reason to turn Chinese students away.

In fact, the number of students failing exams in Chinese universities has also been on the rise in recent years. Under certain circumstances, universities have lowered their standards in order to allow more students to pass. This in turn has raised concerns about the quality of education provided by universities in China.

Under the backdrop that more and more Chinese students now opt for higher education abroad, both the students and their parents should better prepare for the differences between the Chinese and Western education systems and classroom practices.

What has happened in the University of Sydney should serve as a timely reminder for Chinese students who want to pursue their studies overseas that they need to be fully prepared physically, psychologically and culturally for the differences they will encounter in Western university life: When in Rome, do as the Romans do.