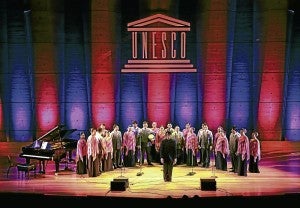 The only Pontifical university in Asia recently got a share of the spotlight in the City of Lights, as the University of Santo Tomas of Manila brought with it the best of its 400-year-long history to a special cultural exhibition and concert at the French capital.

With the theme “University of Santo Tomas: Four Centuries of Promoting Understanding, Peace and Culture,” the exhibition was held at the spacious Salle de Pas Perdus in the United Nations Educational, Scientific and Cultural Organization (Unesco) headquarters Sept. 21-23.

“The exhibit highlights the university’s achievements within the last four centuries; its key contributions to Philippine society and culture; and its linkages and ties with the regional and international community,” said Philippine Ambassador to France Cristina Ortega during the opening ceremonies.

She added that Unesco’s unanimous approval of UST’s exhibit at its Paris headquarters was a form of recognition and affirmation of UST’s contributions to “building knowledge-based societies in a globalized world.”

According to Engida, UST’s four-century-old vision of education was similar to the humanism Unesco had been promoting since its establishment. 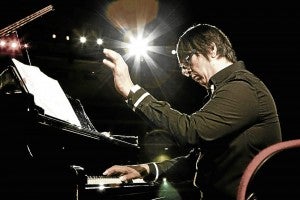 “Education is the best path for individual realization and a force for social and economic development that can lay the ground for lasting peace,” Engida said. “Like UST, Unesco pursues the idea that the foundation of peace lies with every individual’s ability to imagine a better world and shape reality to this direction.”

The four-section exhibit offered a glimpse of UST’s rich history through texts, photographs and other visuals.

It was curated by UST archivist and Cultural Heritage Studies professor Regalado Trota José, who’s also commissioner of the National Commission for Culture and the Arts.

The first section, “Witness to History,” provided a brief description of UST from its establishment during the Spanish period in the early 17th century up to the third millennium, as highlighted by the start of the Quadricentennial last January.

The second section, “Citizen of the World,” showed UST as an active collaborator in various international fairs, expositions and exhibitions, and host to notable personalities, as well as civic, political and ecclesiastical groups. 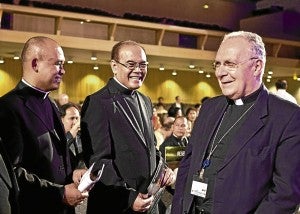 The third section, “Vanguard of Culture,” highlighted UST’s contributions to religion, government, education and communication, science and health, literature and the press, and the arts.

The last part of the exhibit, “Custodian of Heritage,” focuses on UST’s most-prized treasures that include prize-winning paintings; rare books and an incunabulum (a book printed before 1500); the polyglot Bible with texts in Hebrew, Latin, Greek and Aramaic; and pre-Hispanic artifacts, porcelains and gold treasures, all of which have been carefully preserved for 400 years.

“In 1884, here in Paris, the university presented to Europeans during the World Exposition the culture of indigenous Filipinos; how it was preserved and enriched  through the introduction of Western culture,” Fr. Rolando de la Rosa, OP, Rector Magnificus of UST, said.

“May this exhibit help us realize that, despite the differences in culture, education and ideologies, there is room for unity and cooperation, as signified by a university. We are all in a uni-verse, that is to say, people with unique cultures and traditions but speaking and singing the language of the heart that knows no limits in loving and understanding, if only we give voice to the longing of the human heart. ” 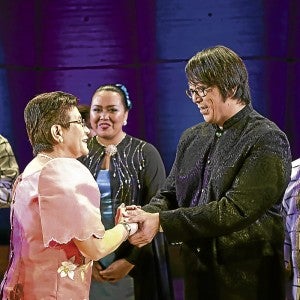 “As we bring to you this Quadricentennial exhibit of our very own university, I hope that your knowledge of learning institutions in the Philippines will be enriched. Your understanding of our country, people, and culture will be deepened as well,” Ambassador Ortega told the exhibit viewers.

UST is the oldest university in Asia and the largest Catholic university in the world in terms of student population within one campus.

Performing at Salle 1 of the Unesco House during the opening was the world-renowned UST Singers, the only choir in the world to have won twice the Choir of the World and Pavarotti Prize in Wales. 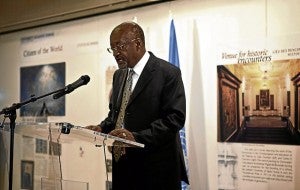 With the UST Singers’ exceptional rendition of classical and modern songs, and a mesmerizing repertoire, the concert garnered three standing ovations from an audience of over 1,000, composed mainly of Europeans.

Ortega expressed her appreciation to Unesco “for according the UST Singers the distinct opportunity to perform on the very same stage where many of the world’s phenomenal artistic and musical talents have performed.”

“Consistent with the exhibit theme, the UST Singers have been the university’s goodwill emissaries—promoting understanding,” she said.

Founded in 1992, the UST Singers is composed of students and alumni of the various colleges and faculties of UST. The group has earned over 65 top prizes from competitions around the globe.

Today, the UST Singers is one of the Philippines’ Cultural Ambassadors of Goodwill to the world.