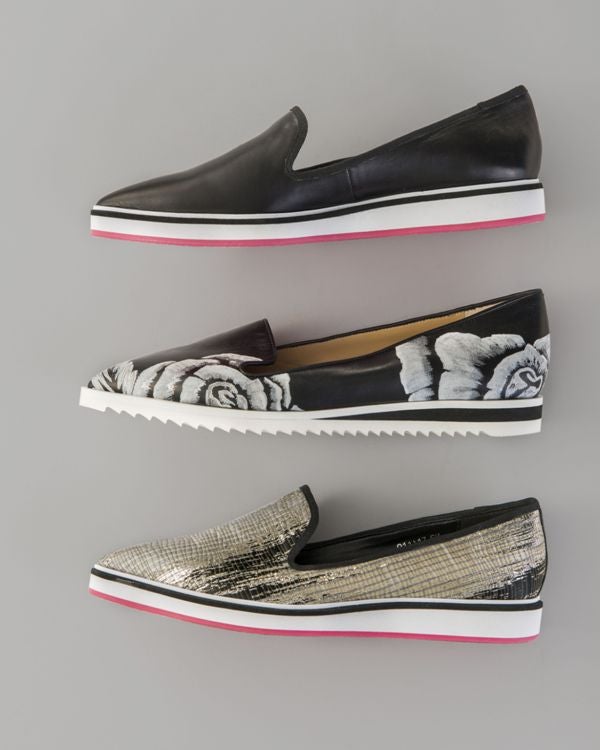 Nine West is newly dressed to the nines

Nine West is perhaps one of the old-time global brands known to Filipinos, long before the Zaras and H&Ms hit these shores. And in a market now saturated with similar brands, Nine West is looking to dust off its image and become top of mind again to trend-loving customers.

It’s doing that, first, by renovating its 24 existing stores in the Philippines.

In mid-July, Kiki Zinycz, vice president for Southeast Asia of GRI, the Hong Kong-based company that owns the Nine West brand, was in town to unveil the just-renovated Nine West boutique in Power Plant Mall in Makati, the first to undergo an image overhaul in the country.

The store update is a global move, said Zinycz, and the aim is to modernize the shops by giving them an airy feel.

The look is inspired by midcentury modern design, featuring natural elements like bleached-out woods and a color scheme that revolves around a softer shade of pink, milky whites and dusty pastels.

“It’s all about transparency and translucency,” she noted, indicating the use of clear glass and soft mood lighting via a natural wood chandelier.

A centerpiece of the store is monolithic-designed furniture in the form of a low-slung Italian couch, complementing the nesting display tables that can be moved around.

The existing stores in the Philippines are so “outdated that they don’t do anything for the brand,” Zinycz noted. Even then, the company, through its exclusive partner, Stores Specialists Inc. of the SSI Group, is making sure that the brand continues to be in the correct neighborhood with the right profile, as it goes head-to-head with competitors, she said.

“We’re not looking to expand by opening more stores, but to renovate them instead,” she said. Nine West is also looking into its

e-commerce prospects with SSI and strengthening its presence by boosting its digital marketing.

“Dress shoes do so well here, but the trend now is into casual footwear, so we’ve come up with sneakers,” Zinycz said. “In the store, you will also see a sample of our ready-to-wear, which we’re not selling here yet. It’s a teaser. We will see if there’s an interest in that.”