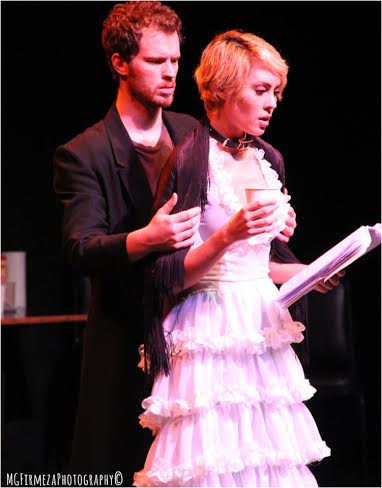 ‘Venus in Fur’ is back–for only two performances

But the show, which starred the husband-and-wife tandem of David Bianco and Jennifer Blair-Bianco, had a very limited engagement that left audiences clamoring for additional performances.

On Aug. 22 (8 p.m.) and Aug. 23 (3 p.m.), “Venus in Fur” will be back for two performances only, again at the Tanghalang Huseng Batute of the Cultural Center of the Philippines (the CCP Studio Theater).

Jennifer Blair-Bianco reprises her role as Vanda, the hapless actress who turns the tables around when she takes charge of her audition before director/adaptor Thomas Novachek (played by David Bianco), who becomes Vanda’s boss, victim and foil.

The play is a role-playing puzzle and an exploration of the struggle between the sexes, all with humor that is by turns dark, complex and loaded.

“Venus in Fur” was cited, along with its leads and director, as among 2014’s best by the Philippine Daily Inquirer, and its lead actress was named the best of the year. The production also bagged a number of nominations in the Philstage Gawad Buhay! Awards.