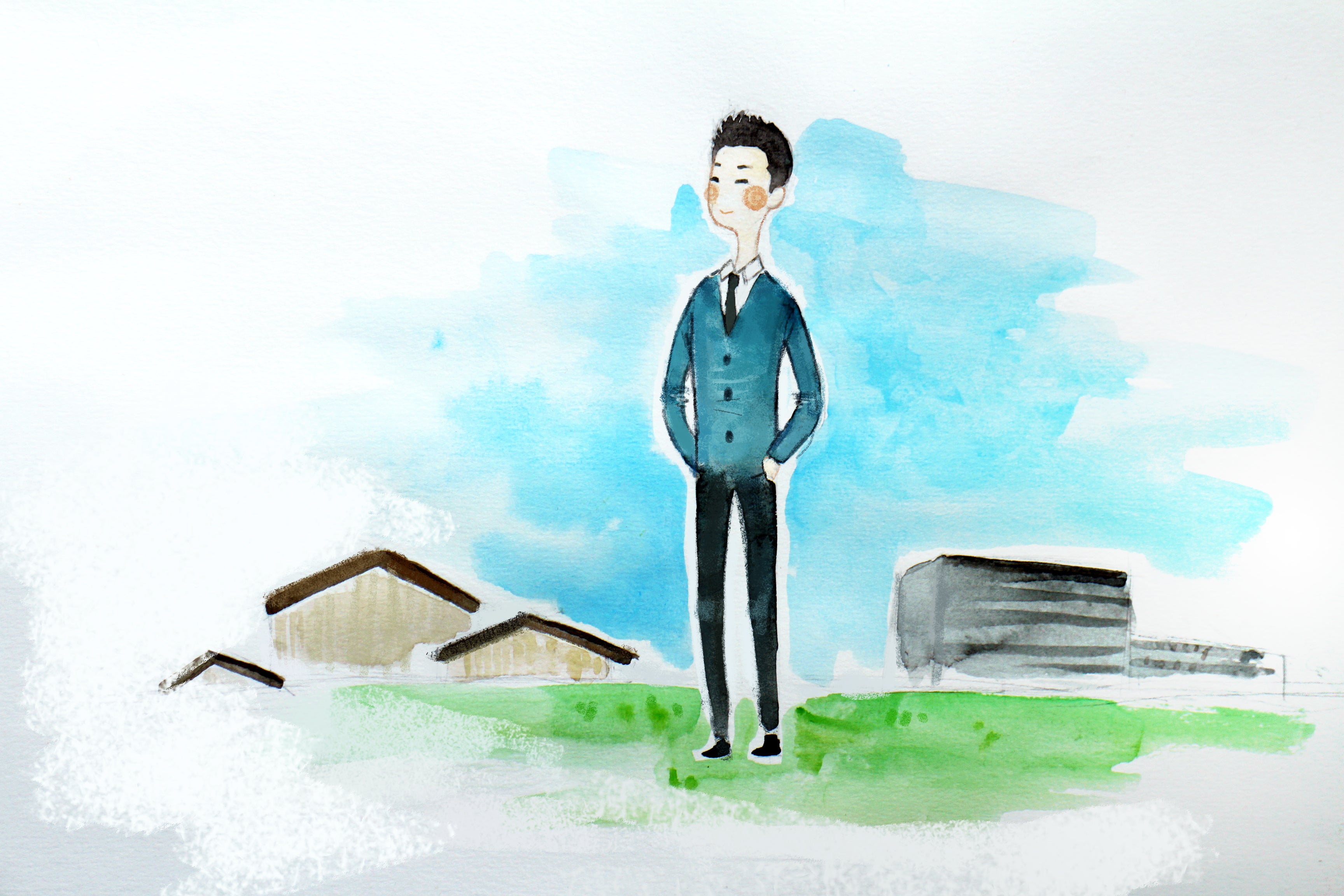 I WAS never accustomed to alarms; I got used to having my aunt wake me up. When the rooster belts out its cock a doodle doo, everyone in the house would be preparing my things and my breakfast.

Seven years later, I never thought that I would wake up on my own every morning. The moment I turn off my alarm clock, eyes half-closed, I stand up and drag my feet towards my cup of salvation—coffee. I must be a grownup by now. I remember how my aunt wouldn’t let me drink coffee because it was only for grownups.

I’ve always been afraid to grow up. The freedom to do things on your own free will entails a lot of responsibility. I didn’t want to let go of my computer games because outside my room, things were complicated. However, nothing stays the same.

Last January, I was just a dishwasher in one of the restaurants in Tokyo. The scabs I had on my hands from doing the dishes have just healed. I am now an English teacher at two elementary schools also in Japan. I appreciate how life taught me to give value to hard work.

As an English teacher, I’ve been exposed to the educational system of Japan. I’m half Japanese but have stayed most of my life in the Philippines, until I finished college. My mom’s friends would often tell her that my degree is useless because when I come to Japan, I would just be a factory worker. There’s nothing bad about being a laborer, but having worked so hard to finish a degree, I know I’m capable of so much more.

As an English teacher, it’s part of my job to eat with the kids so they are exposed to a different language and culture. This brings back memories from when I was their age, naive and inquisitive. When I was a kid, I would gather my cousins in the veranda of our house. We played “classroom” and I took on the role of a teacher because I brought a stash of chalk from school.

I never thought that child’s play would become a reality because when I was in elementary and high school, I was often drowsy during class and got bullied because I was seen as a dimwit. I was almost expelled because not a week went by that I wasn’t involved in a brawl. If I were not a teacher, I’d probably be a UFC fighter.

Despite my dark past, I don’t regret anything. I wouldn’t change a thing, because my past taught me to be stronger than anyone else born with intelligence and popularity. I became an honor student during my senior year and was Sangguniang Kabataan (SK) chair. I was inspired by the animated movie “Ratatouille,” which proved that anyone can be somebody.

Through my struggles, I understood how it felt to be rejected and ostracized for being different. I realized that the only way to appreciate light is when it’s dark. My past taught me the value of humility, determination, and most of all, gratitude. When you have a grateful heart, the universe conspires to fulfill what you want.

I was just a dreamer when I wrote an article that was published last April. I went out of my comfort zone. Apparently, if I had listened to other people’s apprehensions, I would just be wondering now what my life would be like if I didn’t take a risk. From that moment, I stopped being a dreamer. I woke up and started working on making my dreams a reality.

People fear change, yet few know that it’s a privilege to people who use it well. Always remember that nothing lasts forever except change. I’ve experienced all the seasons of the year since I started living in Japan; similarly, people, places and stories are always changing.

Another lesson I want to share is about time and tardiness. Once, I experienced being late because I rode the wrong train. I had no choice but to ride a taxi from one side of Tokyo to the other just so I could make it on time (note: “on time” is considered “late” to Japanese people). I was in my coat and tie paired with formal shoes when I ran frantically towards my destination.

The point is, bad circumstances are inevitable, yet you can have some control over what you want to happen next by owning up to your mistake and doing better next time. Time is gold, which is why nobody should suffer in waiting.

To my elementary teacher who always reminded everybody in class that values are caught and not taught, your words have made me who I am today. “The Ugly Duckling” is a story told at school, and I’m proud to say I was one. To my very first teacher, my mom, I wouldn’t be the person I am today without your open-mindedness and the values that you inculcated in me.

I’m proud of my mom. A high school graduate, she worked hard as an overseas Filipino worker (OFW) to support me and my brothers. She’s living proof that a diploma isn’t necessary to raise a well-bred brood. I was raised to show respect and gratitude to people who helped us.

To Kuya Tristhan, who has always considered me family, I don’t know where I would be now without you. To my co-workers in Shiseido Restaurant, thank you for the months of fruitful experience that made be better.

In the end, your life is your own story. The decisions you make now will take you to your destiny, and that’s why you have to choose wisely. Society may interfere with your preferences, but if you fail, society won’t take the blame. Remember to follow what your heart desires, but make sure to bring your brains.