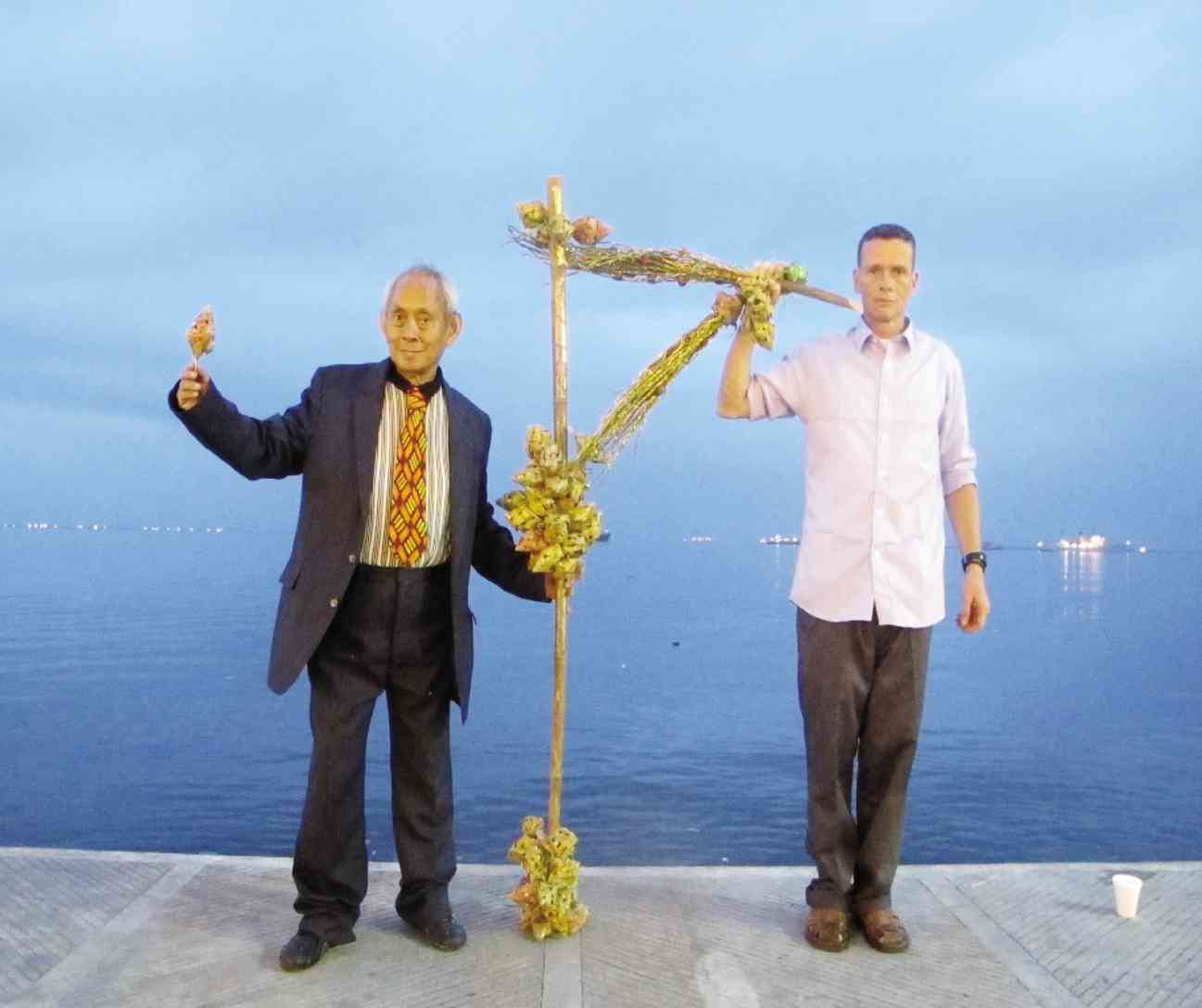 Filipino artist David Medalla will perform this week (Aug. 20) in the Philippine Pavilion at the 56th International Art Exhibition at the Venice Biennale.

The multimedia artist is known for his kinetic pieces, particularly “Cloud Canyons” exhibited in the mid-’60s and described by critics as “a seminal piece in kinetic sculpture.” He draws, paints and is also a performance artist who engages viewers in his “impromptu” situations.

For this year’s Biennale, Medalla’s performance, “Pangarap sa Panglao (Dream in Panglao),” will be done in collaboration with Adam Nankervis, and in conversation with the curator Patrick Flores. It will be held at the Philippine Pavilion in Palazzo Mora, Strada Nuova, Venice, at 3 p.m. on Aug. 20.

Medalla collaborated with Nankervis at the second Johannesburg Biennale in 1998.

The former recounted in an earlier interview they were invited by Gerardo Mosquera and Okwui Enwezor. Incidentally, Enwezor, who served as artistic director then, is the curator of Venice Biennale 2015. His appointment two years ago made him the first African-born curator in the exhibition’s 100-year history.

Medalla will give a talk on Philippine culture beginning at noon on Aug. 18 at Serra dei Giardini and an encore performance of “Pangarap sa Panglao” at the garden of the Peggy Guggenheim Collection on Aug. 22.

Flores says Medalla’s performance at the Philippine Pavilion is a revisiting of his previous sorties in Venice, such as in 1964 when his sand sculpture was set up at Villa Foscari.

The performance is based on “telekinehetic dreams.” Figuring in one of these dreams is the intriguing legend of the pirate Li Ma Hong, “who fled China at the end of the Ming Dynasty and came to the Philippines.” Medalla considers Li Ma Hong as a kind of “hero (or more accurately an anti-hero)” of his boyhood.

In a statement, Sen. Loren Legarda, who played a key role in the Philippines’ return to the Venice Art Biennale after a 51-year absence, says: “Medalla is a dynamic and inspiring icon in contemporary art. He is celebrated and globally renowned but remains Filipino through and through.

“He is known for engaging concepts which defy category. His performance at the Philippine Pavilion adds another dimension to our exhibition.”

Medalla’s performance is a collateral event of the Philippine Pavilion accredited by La Biennale di Venezia.