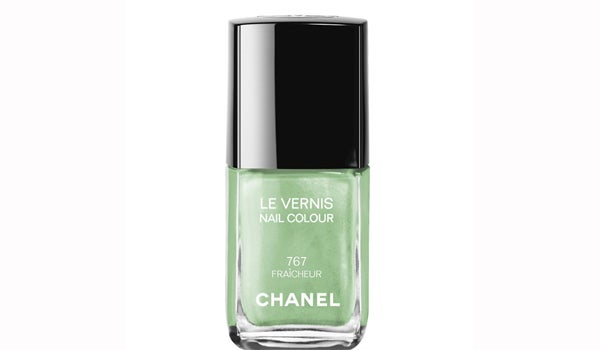 Is Chanel’s Fraicheur nail polish the Jade relaunch you’ve been waiting for?

In 2009, models hit the Chanel fall runway in Paris wearing minty green polish on their nails. The shade, inspired by the pistachio tweed and jade jewelry featured in the collection, grabbed the attention of fashion fans. 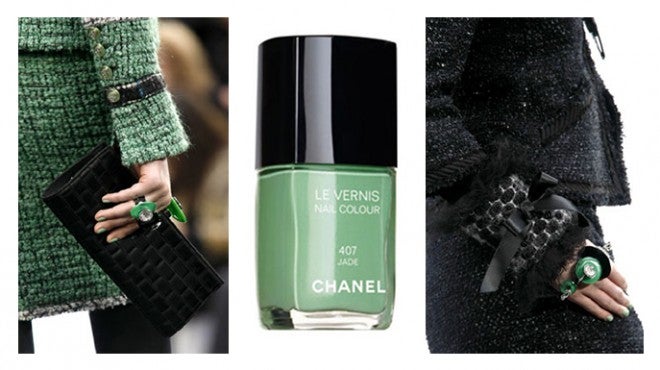 Chanel Jade was declared a must-have by magazines and beauty blogs, tagging it as the season’s “most sought after manicure.” Celebrities joined the fun—actresses Drew Barrymore and Rachel Bilson and model Alexa Chung were spotted wearing the pale green shade. The frenzy drove women—even those who had previously worn nothing but nudes and pinks on their nails—to have their names placed on waiting lists long before the release.

Months later, when the limited edition Jade (and its pink counterpart Jade Rose) arrived at Chanel’s beauty counters, bottles flew off the shelves. At Selfridges in London, there was a long line of women eager to get their hands on the polish.

Soon it was sold out everywhere. When Jade popped up on eBay, polish addicts pounced, bidding over $200 for just one bottle. Others looking for a fix turned to other brands. There were a number of options—from the affordable to the luxurious. 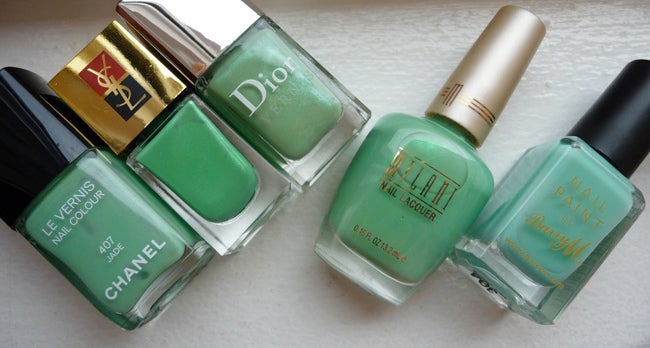 But for many, it was Jade or nothing. A number of them expressed their frustration on failing to get a piece of the action on Twitter. 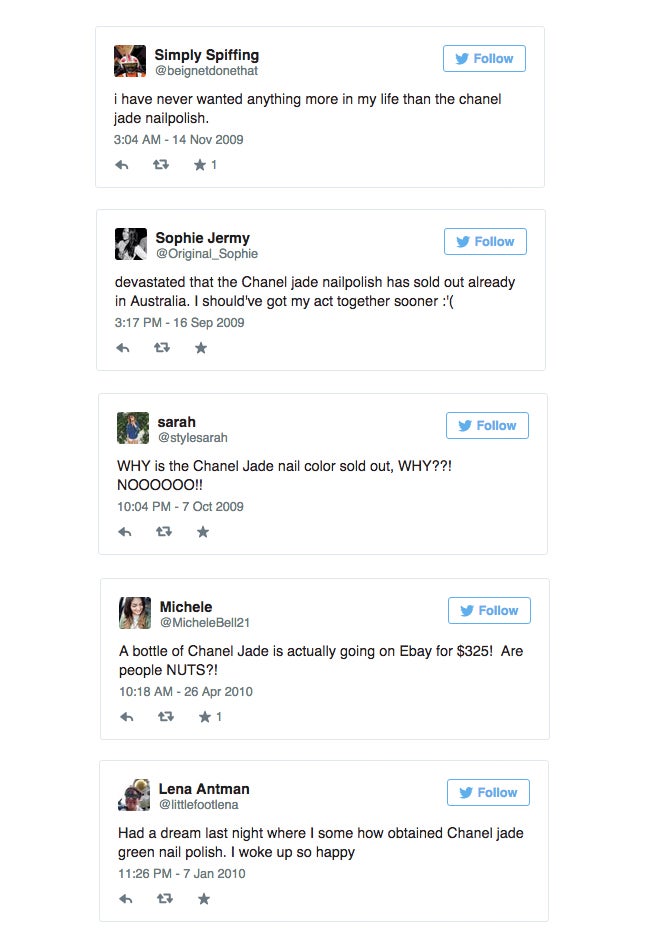 People begged for a relaunch. It’s happened before—Chanel has resurrected colors from their archives. But Chanel released collection after collection of new nail polish shades with no sign of Jade. A number of them—the Les Jeans and Les Khakis colors, Bel-Argus, Azure, Peridot, Particuliere and others—were declared must-haves, were lined up for and were sold out. But none of them looked remotely like Jade.

Initial photos of the color sent polish fans buzzing. Was this the Jade relaunch they were waiting for?

We tried to find out.

We bought our bottle of Fraicheur from the Chanel counter at Rustan’s Shangri-La.

On the nails, Fraicheur is a pretty pale green with subtle shimmer. 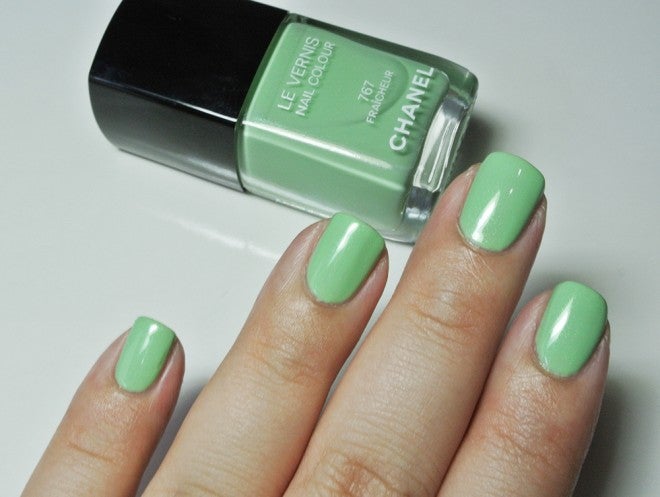 But is it Jade’s twin? 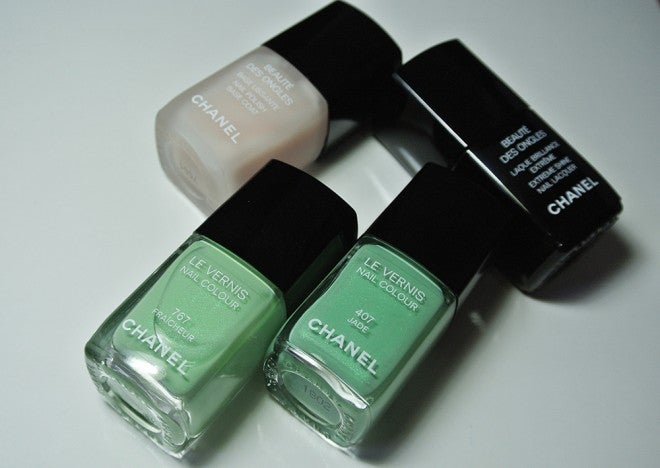 Even in the bottle, it’s clear to see that while Fraicheur and Jade are from the same color family, they’re not the same shade. 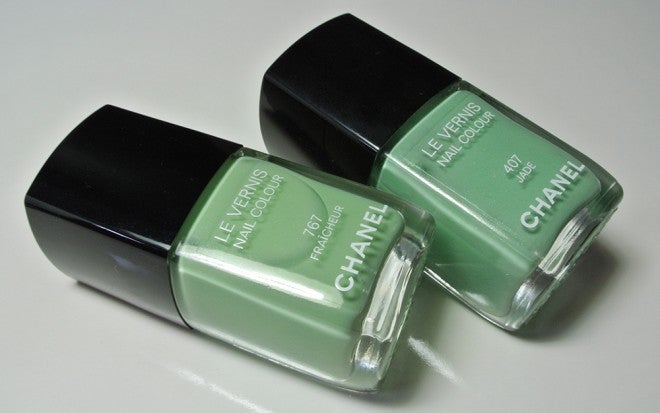 Fraicheur is lighter and more yellow-toned than Jade. The subtle difference can be seen when applied on the nails too—Jade is slightly darker. 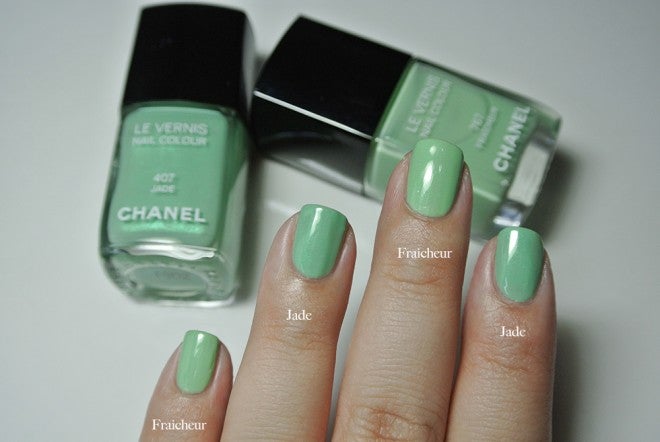 Even the iPhone’s camera can capture the difference between the two shades. 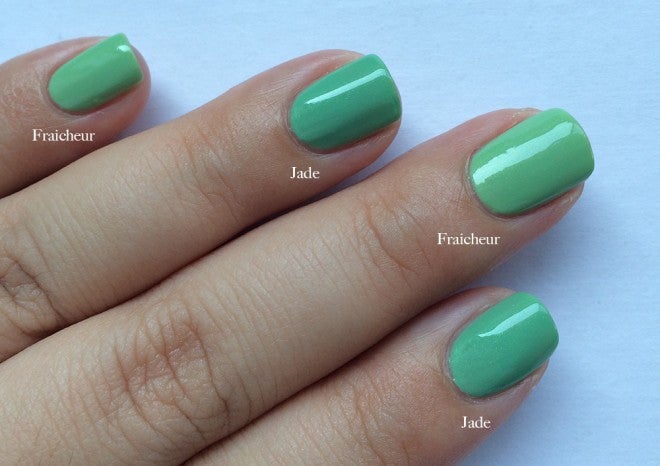 Is Fraicheur the reincarnation of Jade? No. But is it pretty enough to fill the Jade-shaped hole on your dresser? Yes. 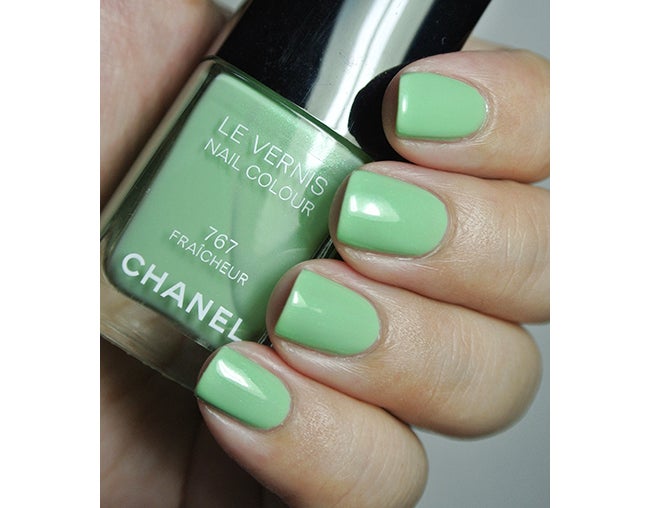 Our verdict: Skip Fraicheur if you already own Jade and don’t need a new mint shade. But if you’ve spent the last few years regretting not being able to snag a bottle of Jade, get Fraicheur while you can. We’re sure this color will sell out too.

Chanel Fraicheur is available at Rustan’s The Beauty Source.