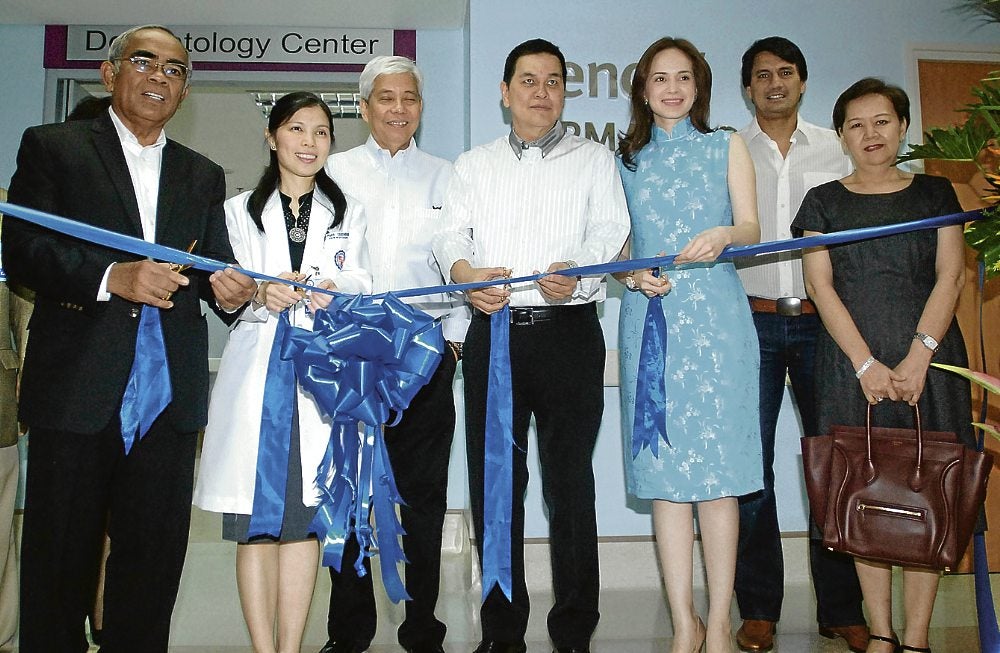 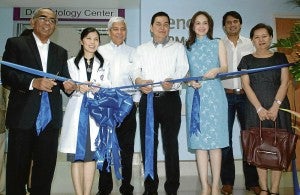 After Henry and Felicidad Sy, it’s Ben Chan’s turn to earn a place of honor for himself and his family at St. Luke’s Medical Center.

Chan, the man behind some of the country’s biggest homegrown and imported lifestyle brands, is St. Luke’s newest partner in its so-called legacy program.

After donating an undisclosed amount that would go directly to St. Luke’s charity programs, Chan was recently honored by the medical center’s Bonifacio Global City (BGC) branch by naming its new dermatology center headed by Dr. Mia Leuenberger after Bench.

Located on the second floor, the St. Luke’s Bench Dermatology Center offers the public state-of-the-art services and equipment, including the latest laser light technology for medical and cosmetic uses. It also covers such areas as environmental dermatology, dermatopathology, microsurgery, phototherapy and pediatric dermatology.

“We’re not in any way branching out into dermatology,” Chan clarified. “This development is just naming rights. It’s significant for us because next year marks Bench’s 25th anniversary. It’s also the family’s way of honoring our parents and giving back to the community who has given us so much.” 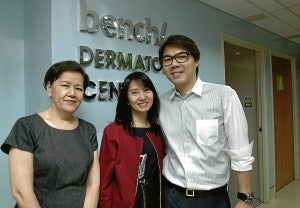 Donors get to choose which department they would want named after them. After lending their name to it, they won’t have any say on how a particular department is going to be managed. A similar program is also in place in St. Luke’s QC branch.

The Sys, for instance, chose to name St. Luke’s BGC auditorium and wellness center after the family’s patriarch Henry and matriarch Felicidad, respectively.

The doctors’ lounge is named after BDO or Banco De Oro, one of the country’s biggest banks also owned by the Sy family. A similar lounge in St. Luke’s QC branch is named after BPI or Bank of the Philippine Islands.

So far, said Emma Yuhico, VP of St. Luke’s resource development division, only 10 percent of available areas in St. Luke’s BGC branch have names. Although new in the Philippines, the practice originated and is fairly popular among big medical institutions in the US. 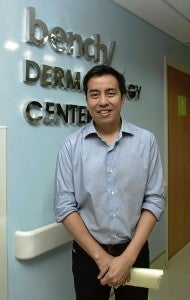 “The legacy program’s main purpose is really to honor those who partner with us in social responsibility,” said Yuhico. “It’s not about buying space for them to see their names in. In a way, St. Luke’s has always been a trendsetter both in the fields of medicine and social responsibility.”

St. Luke’s reputation as one of the country’s leading healthcare providers steeped in the latest advances in medicine is widely known. What most people don’t know, Yuhico added, is it’s also a non-stock, nonprofit organization.

Managed by a board of trustees, the medical center doesn’t have stockholders, nor is it a family corporation. Everything it earns is ploughed back to both branches in the form of the latest medical equipment and research.

Since funds generated from its legacy program are not enough, a substantial portion of its earnings also goes to indigent patients as well as medical missions within and outside Metro Manila. Its charity wards are located in QC.

“St. Luke’s started as a small clinic in Manila run by Episcopalian missionaries more than 100 years ago,” said Yuhico. “But it’s not a religious organization. The people who run it today bring with them their expertise from various fields.”

Of course, not every family or business with the money can earn the right to have their, say, dear mothers honored. So, warlords, jueteng kingpins and drug lords need not apply.

“These people have to be highly respected and have good reputations,” said Yuhico. “But it’s not up to my division to do that. Everything is done with the board of trustees’ approval. My division is purely devoted to raising funds.”