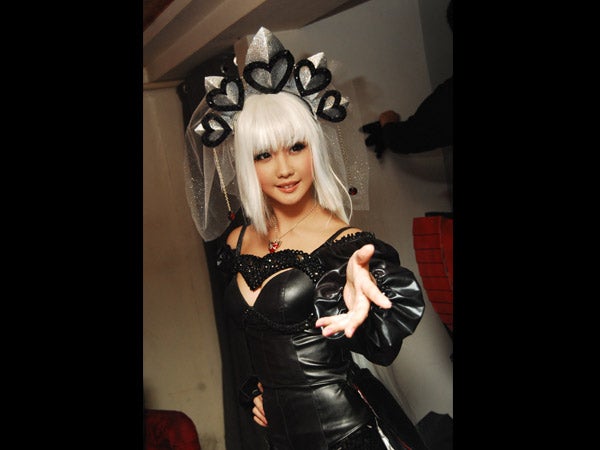 It was all about Alodia’s fantasy that night.

Cosplay is a short term for “costume play,” a kind of art where certain characters are brought to life through dressing up.

The show was also put up online through Flippish.com, an online video production studio in the Philippines. Viewers for the show were reported to have reached 10,000 hits.

The winners for the competition were Myrtle Gail as Grand Archer for Best Female Cosplayer and Dennis Madarang as Pyramid Head and Bolen Lareza as MG Sinanju for Best Male Cosplayer and Best Mecha Cosplayer, respectively.

“Wearing your favorite characters is really fun and fulfilling especially if there are people who will appreciate your efforts, and Alodia’s Fantasy highlighted these efforts”, said Czarina Bisda, one of the participants.

At the event, Alodia dressed up as Baby Doll from action film Sucker Punch.

In an interview, Alodia, who considered her first show a “success,” said she wanted more people to “get to know more” about cosplay.

The 24-year-old cosplay queen, who has been into cosplay for eight years now, said she also wanted people to see “talent” through her show.

Alodia said she has seen the cosplay community grow having been in the industry since age 15.

“Cosplay influenced me a lot,” she said, adding that it changed the way she looked at things, especially on the technical side, as it made her “think of ways to be resourceful.”

As someone who identified herself as “very shy” in highschool, Alodia said cosplay also helped her “open up” to people.

Aside from cosplay, she said she also plays the piano. Alodia is also a product endorser of several brands.