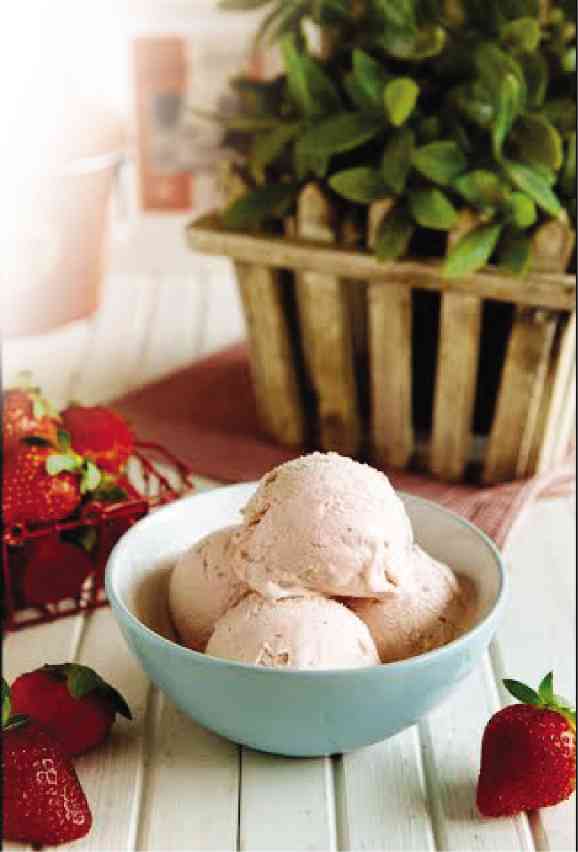 Mad Mark’s Creamery is favored by many for its delectable ice cream. My personal favorites include Madagascar Vanilla, Banana Nutella, Strawberries and Cream flavors—each one having an authentic taste.

According to the owner—who would rather hide under the name of his creamery—each customer should be treated like family and served only the best. He says only premium ingredients are used, to which prime flavorings are added such as real vanilla from Madagascar, high-quality cocoa and fresh roasted Sumatra Arabica coffee.

A scoop of Sumatra Coffee ice cream perks me up. It’s like having a perfectly brewed espresso in ice cream form.

Mark’s philosophy behind his creamery is quite simple: “I do not believe in making something great by making it accessible only to the elite. I like it to be enjoyed by as many people as possible. I like it to break class barriers.” Which is why Mad Mark’s Ice Cream is sold at a very reasonable price, considering its quality.

It is the right blend of sweetness, smoothness, creaminess and simplicity (which I define as the care given to making the flavors stand out) that makes me binge on Mad Mark’s Ice Cream, scoop after scoop.

By the way, this brand contains no preservatives. As such, it is meant to be bought only by the scoop.

Then there’s Manila Creamery’s Gelato with Suman—actual bits of sticky rice, poached mangoes and latik drizzle on top. How can one not fall in love with that?

I first had a taste of Manila Creamery’s Mangga’t Suman gelato through Melani Chua. With a spoonful, I savored the chewy texture of sticky rice, the fruity sweetness of mangoes, as well as the distinct flavor and silkiness of the latik.

Its makers, Paolo Reyes and Jason Go, attended gelato-making courses in Italy last year. Both share a goal—to make exceptional gelato with a Filipino twist, with all of its components (when possible) made from scratch.

The Mangga’t Suman gelato is a perfect example. The partners make the suman, the latik and poached mangoes themselves.

Anne’s Butuan Lechon was a pleasant surprise. The transport time from Butuan should have left the skin no longer crispy.

Instead, however, what greeted me after I ripped the wrapper open was the golden-brown, super-crisp skin. Inside was the cleanest, milkiest-tasting meat.

I was told that they roasted only female native pigs. Their cavity is stuffed with just the right amount of lemongrass and local pepper called atsal.

Aside from Butuan Lechon, Anne’s sells beautiful wooden lechon trays in various sizes. I love them!

Lastly, Gari’s Lechon. While some people call Gari Palmani for curtains, blinds, pillows and upholstery—as I do, too—many have been contacting him also for his Lechon de Leche with Three Sauces: Apple Liver, Garlicky Pumpkin and Wansoy Vinegar. The ensemble comes with Kaffir Lime Rice.