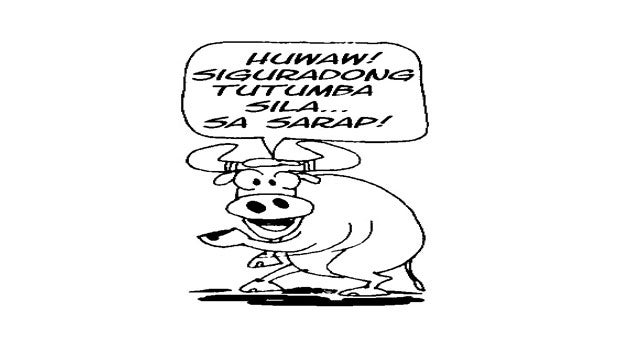 It may be a difficult quest, but one that’s definitely pursued in high spirits.

Assistant Secretary Charles Jose of the Department of Foreign Affairs (DFA) on Wednesday said that the country was looking to create a national drink or cocktail that would embody the best the Philippines can offer during the Asia-Pacific Economic Cooperation (Apec) leaders’ summit it is hosting in November.

“(We) will show the delegates (what is true) Philippine flavor,” Jose said, of the five rum-based drinks that invited CEOs and guests tested and rated based on aroma, taste and balance.

Among the Apec national organizing committee officials present at the tasting were Ambassadors Marciano Paynor and Angie Santa Catalina, as well as Doris Magsaysay-Ho of the Magsaysay Group of Companies.

In a briefing with Malacañang reporters, Jose said the Apec Business Advisory Council launched the quest during an Aug. 16 event at The Ascott in Bonifacio Global City in Taguig. Results on which drink will finally be served at the summit will be forthcoming, Jose said, stressing that the country was “not out to compete” with previous Apec hosts Indonesia and China when it comes to hosting Apec.

The country is expecting “between 2,000 and 3,000 delegates” for next month’s Apec Senior Officials’ Meeting (SOM) III in metropolitan Cebu, he added.

As for the increase in hotel rates in the Visayas, Jose said the Apec organizing committee had already “negotiated for lower hotel rates (for Apec delegates) months before the actual event.”

“We are also aware that rate-setting (in hotels) is market-driven and is aligned with rates charged by hotels that are part of global networks,” the DFA official said, adding that most delegates will stay in hotels other than those accredited for delegates, like what happened at the SOM II in Boracay.

While accredited hotel rates start at P2,400 a night, delegates are free to choose where to stay. “We only give them options,” Jose said.

“The intensive 16-day meeting schedule will include meetings to finalize the Apec 2015 deliverables, as well as a host of workshops and public-private dialogues,” the DFA spokesman said.

On the agenda are a follow-up of the outcomes of SOM II in May; strengthening regional economic integration; and fostering the participation of micro, small and medium enterprises in global markets.

Discussions in SOM III will include the first-year implementation of the Apec connectivity blueprint for improved physical, institutional and people-to-people connectivity, as well as the next steps for the free trade area of the Asia-Pacific.

Apec delegates whoop it up in Boracay beach party