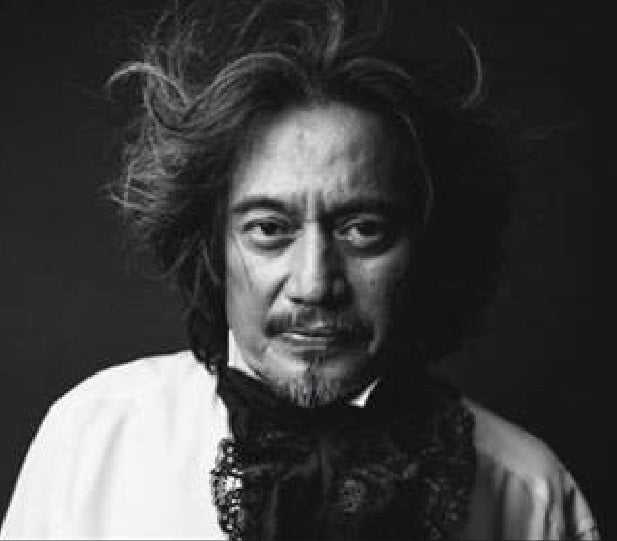 As Beethoven in Red Turnip Theater’s production of Moises Kaufman’s “33 Variations” (on its last weekend). PHOTO FROM RED TURNIP THEATER

Teroy Guzman: Acclaimed Shakespearean actor–and ‘happy baker’ on the side

Who is Teroy Guzman? Why isn’t he in the limelight? And why, despite having starred in some of Philippine theater’s most radical Shakespearean adaptations, there seems little evidence that he, at age 55, was ever of interest to the public or mainstream media?

An online search yields information about an almost-namesake, the late famous Filipino comedian Teroy de Guzman, who was also a singer and dancer. No interviews, Q&A transcripts, profile stories about Guzman.

But things may change, following Guzman’s portrayal of Ludwig van Beethoven in the Red Turnip Theater production of Moises Kaufman’s “33 Variations,” about the struggles of two masters of their craft, one a music scholar diagnosed with debilitating Lou Gehrig’s disease, and the other a deaf and ailing virtuoso working through poverty.

The show, which has received glowing reviews, runs until this weekend at Whitespace, Makati.

Theater critics have consistently praised Guzman for endowing the character with passion and gravitas, which goes in full throttle during a soliloquy of the maestro agonizing over a composition he has long been unable to finish.

The offstage Guzman, in contrast, appears laid-back and unassuming. On the day of the interview, he plopped down on a chair at Dulcelin restaurant at UP Town Center, Quezon City, wearing a pair of light-wash jeans and an olive-green button-up T-shirt with long sleeves scrunched to the elbows.

“Are you sure about this? I mean, why me?” he told one of the Turnips with whom Inquirer Theater made the interview request. “I’ve done a few plays, sure, but I’m not really that active in the theater scene.”

Guzman has kept some detachment from theater since his childhood, the eldest of an engineer dad and an educator mom’s brood of four.

“My exposure to theater is actually less than average,” he admitted. “Siguro I’ve seen two or three plays when I was a kid, those children’s plays at Philam Life o ’yung kina Fr. Reuter.”

He was a track-and-field athlete who specialized in the 100-meter dash and who was good enough to get voted Athlete of the Year in high school at La Salle Green Hills. In college, he qualified for tryouts for the national team (except he would injure himself a few weeks before trials).

Guzman took up Landscape Architecture at University of the Philippines Diliman—a degree, he said, that took him longer to finish  than necessary. It was on campus that he landed his first role—on a dare to audition for a Dulaang UP staging of “The Threepenny Opera”—under the direction of a pioneer of Philippine theater, Tony Mabesa.

“The person I really took seriously and who took me seriously was Tony Mabesa who taught me the foundations,” Guzman said about the man he considers his very first stage mentor.

“That’s what I would recommend to everyone, every actor, every theater person, to establish really, really good foundations,” he stressed, “These are important in the pursuit of the craft. Everything [else about acting] I built around that.”

In lieu of formal training, Guzman racked up theater experience under some of the most esteemed names in the industry.

He refined his skills under Anton Juan, whose technique was to mold an actor in a way that doesn’t make him or her uncomfortable. “He (Juan) lets you give him what you have, then he’ll work with it.”

Essaying the role of Othello for a 2008 Tanghalang Ateneo production of the Shakespearean tragedy led Guzman to his third mentor, Ricky Abad.

“His (Abad) style of directing was a new experience for me [at the time]: ‘Do what you want. Does it work for you? If it works for you, then let’s let it work for the play.’”

Abad had two actors alternating as Othello (the other one was Nonie Buencamino), yet he allowed both to use their respective styles.

These days, Guzman, who has taken on a day job as “happy baker” running his franchise of a Batangas-based panaderia, relishes the Shakespearean roles, from Othello and Richard III to Macbeth and King Lear. He has even played The Bard himself in “Have Thy Will,” a presentation of Shakespeare sonnets combined into one tale.

Other unusual diversions remain, such as cultivating a greenhouse that he’s planning to expand into an aviary.

However, his biggest role to date is as family man with two kids.

“My wife (UP professor, Shakespearean scholar and fellow thespian Judy Ick) and I have decided that we won’t have a driver, maids or help,” he explained his household setup, and how it has become a big factor in his choice of theater projects.

“There are just four of us in the house. When the schedule is altered in some way, we have to scramble [to figure out] who would pick up the kids, bring them home, who would do this and that. We’re doing fine but the drawback is the very tight or very precise schedule.

“They think I’m mapili, or they think I’m a snob. Actually, no, it’s a logistics problem. I rarely venture outside QC because my kids study here and my wife teaches at UP, so we try to stay in the area most of the time.

“I try to get as much done during the day before it’s time to pick up the boys and my wife, who prepares lunch, dinner and breakfast—superwoman ’yun. I do the dishes, she cooks and we share responsibility of the boys. It’s hard work but it’s fun.”

His other consideration for taking on a role?

“It has to be fun,” said the actor who refuses to take himself too seriously.

“I keep telling the young ones who ask me, ‘Why do you do this?’ Because it’s fun. That’s why I don’t do play after play after play. After a while it stops being fun, so I step back. What’s the sense of doing it if it’s not fun?”

It doesn’t mean Guzman takes theater for granted—far from it. “Every so often you look for it although it’s not something I look for all the time, but I guess it’s because when I say yes [to a role], it becomes a commitment and it takes a lot from me.”

He said “Haring Lear” was one of the productions that demanded a lot from him.

“I would collapse from fatigue,” he revealed. “I didn’t do anything for a long, long time because it was physically and emotionally demanding. After every performance talagang hindi ako makausap. That’s how passionate I am with a role when I accept it.”

One of the most difficult things about being an actor, said Guzman, is trying to get an idea or thought process clear enough for the audience to understand.

“Especially in Shakespeare, if you look at the audience, lumilipad lang ’yung lines. It can’t be all emotion or sincerity. It has to be sprinkled with some form of technique, and getting that balance is one of the most difficult things to do,” he explained.

“I wish I were a better actor though, because I know I have certain mannerisms that are the same or constant regardless what character I play,” added Guzman, who leaves it to critics and audiences to decide whether or not he’s an artist.

“Let’s say an enraged Macbeth would have certain mannerisms that Lear would also have, that Beethoven would also have. There should be a difference. I wish I could do better than that,” he noted.