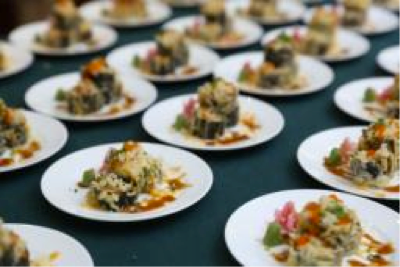 Eastwood City has unwrapped yet another mouthwatering surprise that is sure to excite certified foodies with the launch of Eastwood Food Artistry.

The newest dining campaign of Eastwood City, aimed to shine the spotlight on the talented chefs behind its newest restaurants, was formally unveiled during star-studded degustation dinner held recently at the Eastwood Richmonde Hotel.

“Apart from highlighting the talents of our chefs and their masterful creations, Eastwood Food Artistry was also envi 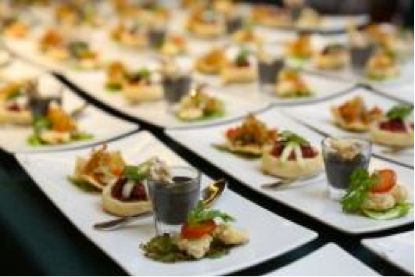 sioned to inspire up and coming chefs to master their craft and eventually become part of Eastwood City as retail partners,” Tan said during his opening remarks, which was followed by a heartwarming mini-documentary featuring Eastwood City’s most respected and sought-after chefs who also prepared the degustation menu.

Celebrities and media guests were among the firsts to get a taste of the Eastwood Food Artistry Exclusives—masterful food creations handcrafted and intricately prepared by Eastwood City’s topnotch chefs, which will be available exclusively at participating Eastwood City establishments starting August.

Indulging the guests in the 8-course degustation dinner were Eastwood City’s top chefs including James Torres of Potts Point Café who served Risotto Balls as Hor D’Oeuvers, Hideaki Tohyama and Ben Gon of Sandaime who served the appetizer Volcano Roll, Pat Obia of Eastwood Richmonde Hotel who showcased his Trio of Pinoy Antipasti, Robby Goco of Green Pastures who gave guests a taste of his new creation Mushroom and Kale Paella, Chiloy Santos of Kettle who dished up a delectable serving of Brisket Sisig Taco, Chef Avi Shani who delighted guests with his newest gelato creation Tequila Rose Gelato and Gregory Guy of Cheesecakes by Guy who came out with his three of his signature cheesecakes Sugar-free Queso de Bola, Lemon Cheesecake, and Triple Chocolate.

Coinciding with the degustation is the launch of #Eastwood30Days Foodstagram Promo. From August 1-30, 2015, Instagram users can post their most creative photos based on the particular day’s challenge with the hashtag #Eastwood30Days and #EastwoodFoodArtistry. Contestants must follow and tag Eastwood Mall’s Instagram account @eastwoodmall_ for a chance to win exciting prizes.