This could be a good steakhouse, if only . . . | Inquirer Lifestyle 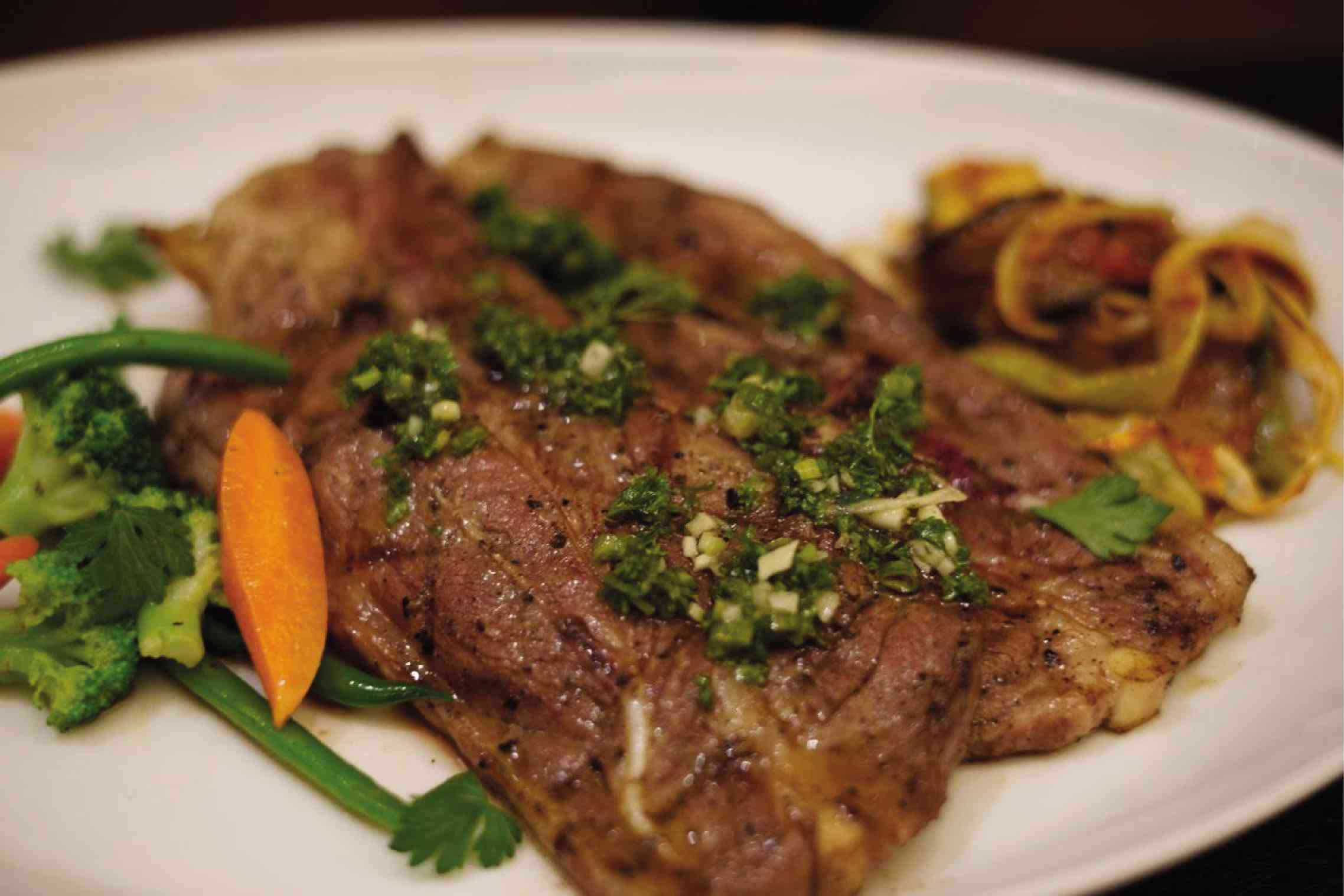 What’s in a name? In the restaurant business, almost everything.

One assumes that a name has been chosen to properly represent the intentions and aspirations of a restaurant. One of the laziest interview questions one can ask the owner of a new restaurant is the story behind the restaurant’s name; it’s almost always self-explanatory.

The best restaurant names are those that seem to just make sense: Cibo, Mamou, Sarsa. The name can’t be too esoteric or it’ll be massacred in pronunciation or no one will be able to remember it: Niner Ichi Nana. Too generic and it won’t be searchable: The Grill. There was once a band called “Live” which you could never find in record stores.

Bovine isn’t the worst name you could give a restaurant, but it certainly is on the esoteric side. For a while I thought we were headed to an Italian restaurant called Bo Vino.

It’s a new steak restaurant, as it turns out, in Bonifacio Global City. The buildings in BGC tend to pair an upscale restaurant with a popular, unlimited nice sort of place, and Bovine provided the higher end of the spectrum for the Net Square Building on 28th Street.

It has become known for its torched beef tartare, raw beef cubes cooked aburi style with a blowtorch; for this specialty, it acquitted itself very well, indeed.

The rest of the meal, unfortunately, was a little jumbled.

The prices are well below the average in the BGC area, and the menu is much more comprehensive than you’d expect from a steak place. There’s a wide selection of starters, though none that jumps out at you and begs to be ordered. There are a lot more mains than the usual steak and grilled salmon, but again, none of them stood out.

Given the restaurant’s name, a menu must be seductive: It must entice, wink and nudge, steer you discreetly toward the house specialties. A menu that merely catalogues the dishes available is like a bordello without a pimp.

After devouring the excellent beef tartare we ordered dishes we felt would showcase the best of the restaurant’s abilities: a porkchop, a rib-eye steak and a lamb shoulder cut, all from the grill.

The porkchop was the best of the lot: nice and thick, with a generous border of fat, and lean meat, juicy but not dry. The rib-eye was serviceable at best, cut too thin and too large.

The lamb shoulder is always a tricky meat to grill rather than stew, where it excels, but it’s a much more affordable alternative to a rack of lamb, which is tender but far too expensive for too little meat. With good lamb and a steady hand at the grill even a leg steak can be a parsimonious treat. But at its worst, a shoulder steak is a mess of grease and stringy bits with very little meat to offer, which was the case here; and despite my request to have it cooked medium-rare it arrived well done.

The staff were all extremely efficient and helpful, and solicitous about our meal. When we gave them our honest feedback, we got a sense that they would actually pass it along and were not asking simply for the sake of asking.

When reviewing restaurants one doesn’t usually give out points for effort, but in this case, there was an overwhelming earnestness, combined with an effort to keep prices low despite the onerous rent in BGC. This made us hesitate to write it off despite a meal that couldn’t be described as bad, but had little for us to recommend.

I would suggest a streamlined menu and to use better cuts of meat, even if it hits higher price points. The BGC dining clientele can take it, while there are many other restaurants that can fulfill the demand for the mid-price market.

We had dessert at Farmacy, the oddly shaped soda fountain in the space previously occupied by Da.u.De (another naming mishap). The folk at Wildflour, who are wildly successful and good in what they do, grabbed the space after the tea room closed, and decided that the elongated façade that lacked a proper seating area would be perfect for diner-style seating.

Farmacy is a stroke of genius in concept: old apothecary styling from the old-world “drugstore” where you could also get refreshments and snacks.

Like Wildflour, the prices are on the high side, but once you’re in BGC you expect to be hemorrhaging money anyway. I find the ice cream a bit sickly sweet and too milky, without either the lightness of gelato or the unctuousness of egg yolk, but I’m in the minority: Everyone else enjoyed his/her ice cream and there was a line to pay even toward closing time on a weekday.

The name Farmacy is a pun that’s funny to no one, really, but the owners are laughing all the way to the bank.

Bovine could use a bit of that braggadoccio: the Fort area is in need of a good steakhouse and they are in an excellent position to become one.