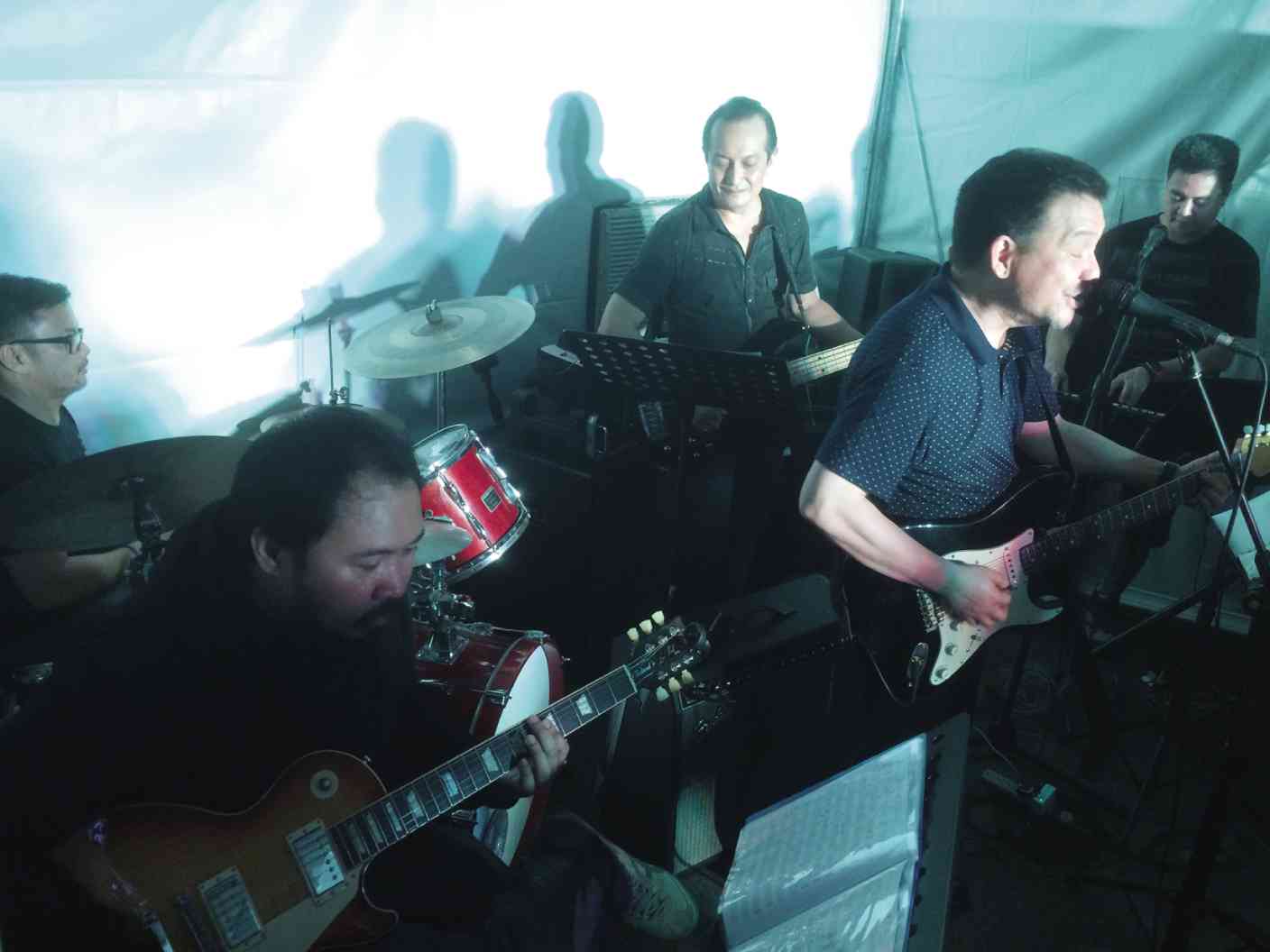 The restaurant has become popular for its spare ribs “cooked low and slow” over wood fire for seven hours. We sampled the single order (P250) and barbecue pulled pork sandwich (P150); the ribs—chunky and tender to the bite, and whose smoky taste won’t leave you satiated—is worth traveling to the south on a weekend for.

The best thing about Brew Kettle, described on the bottle as Belgian wheat beer, is its sweet aftertaste. We enjoyed it so much that we lost count how many bottles we downed that night.

In hindsight, it was the music and the company of schoolmates from Colegio San Agustin and La Salle that helped make the occasion memorable.

The guest band—fronted by Mon Espia (of the ’70s-era Labuyo and Gary V’s Powerplay) with guitarist Janno Queyquep (South Border), keyboardist Wowee Posadas (Manila Blues Experience), bassist Bobby Taylo, drummer and Smoking Joint owner Tony Fernando—took us on a heady ride back to some of the best classic rock and jazz-infused tunes of the ’70s and ’8os starting, with Bob Dylan’s “Gotta Serve Somebody,” highlighted by Steely Dan’s “Black Cow,” and ending with Labuyo’s “Tuloy Pa Rin.”

The live gig was only for that opening night, though we’re sure the piped-in music on regular days is equally cool considering Fernando’s sophisticated tastes.

Bring the family or meet up with the gang soon.

If Cooky Chua was funky great at Binky Lampano’s recent homecoming gig at Strumm’s, and Bayang Barrios was down-home superb at a world music show at ’70s Bistro, what more if they team up with Lolita Carbon via their newly formed vocal trio Tres Marias in a one-night concert on Sept. 4 at the Music Museum?

Tres Marias—born from casual jams and club gigs featuring the three artists—became a side project due to the encouragement of Curve Entertainment Inc., a company put up by record label bosses to enhance traditional ways of promoting music in the digital age.

We’ve seen Tres Marias perform in the mall to promote their debut CD composed of originals and some interesting covers of Freddie Aguilar and Rey Valera hits; hearing the combined vocals of Chua, Barrios and Carbon is a compelling experience.

When we learned from Chua’s Facebook post that topnotch musical directors Mel Villena and his daughter Ria Villena-Osorio are involved in the concert, things got more exciting.

We haven’t been to Chaos, one of two high-end nightclubs (the other is Pangaea) operating inside City of Dreams Manila.

Soon we’ll tell you about it when Jamaican-American reggae fusion singer and DJ Shaggy performs Sept. 6 at Chaos.

Shaggy is known for the hit singles “Oh Carolina,” “Boombastic,” “It Wasn’t Me” and “Angel.”

It would be nice to see Zsaris Mendorio, winner of the first Mossimo Music Summit talent search, playing gigs around town so that more people can appreciate her talent.

Mendorio is described as a “loop artist” or a musician who uses digital gadgets that provide musical backup in real time. Her energy and passion were palpable when she gave a sample of her act at a recent media event announcing her selection as a finalist in the Mossimo Music Summit.

The 27-year-old musician from Laguna received P200,000 cash, P300,000 worth of Mossimo gift certificates and a record deal with Curve.