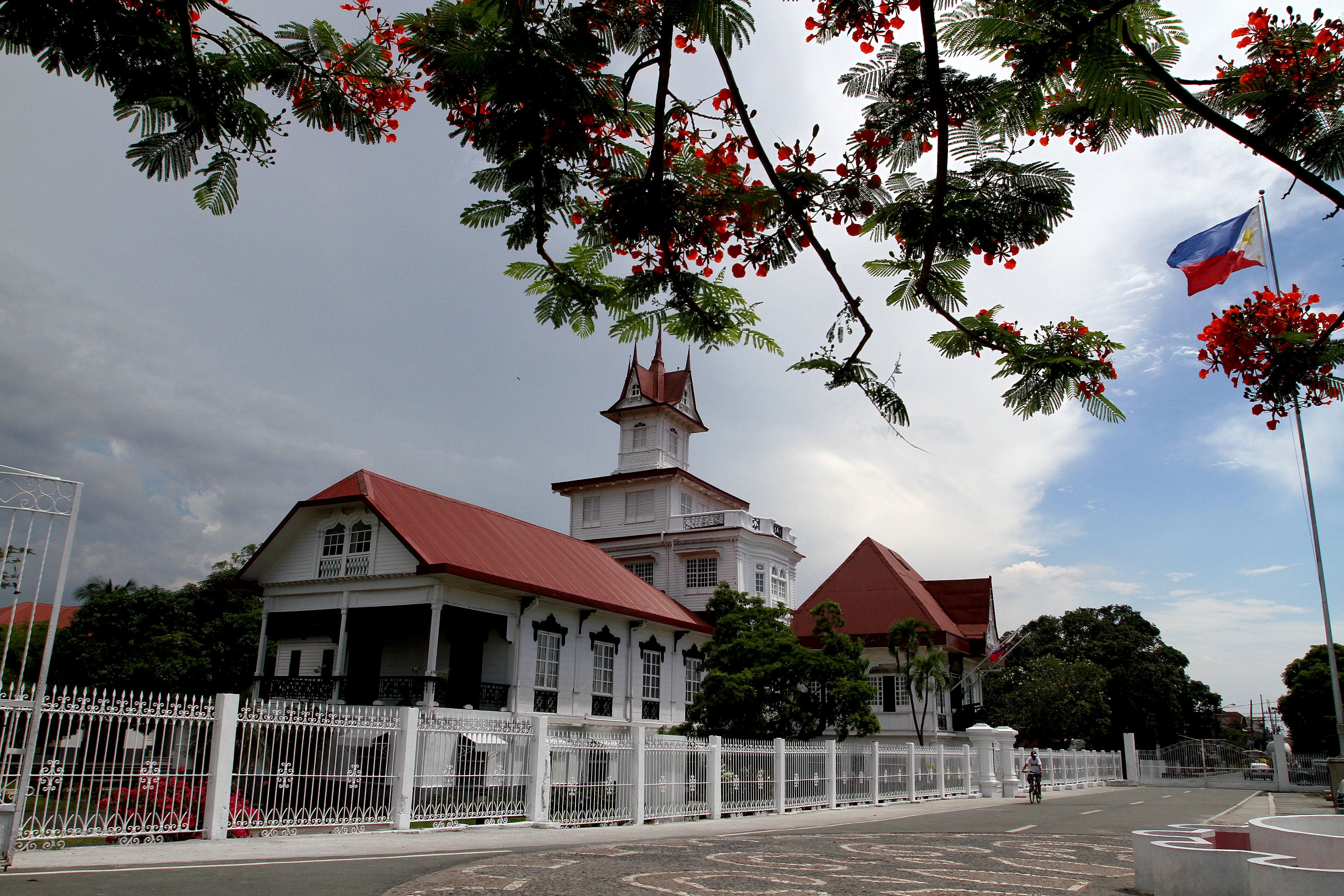 ONE of the most recognizable spots in the country. PHOTOS BY RICHARD A. REYES

Aguinaldo Shrine–a house of many secrets

HISTORICAL landmarks signify the roles of personages and events in our development as a nation. A museum, by its choice of what to display, evaluates their lives and times.

An exemplar of both is the Katipunan Museum, devoted to the revolutionary society and its founder Andrés Bonifacio— right at the Pinaglabanan Shrine in San Juan, site of the opening salvo of the 1896 Philippine Revolution.

Museum-shrines of our heroes such as José Rizal in Fort Santiago and Apolinario Mabini in Tanauan, Batangas, have been cropping up through the years, a constant reminder that they’re essential to the national landscape.

The most recent is the Aguinaldo Shrine in Kawit, Cavite, administered by the National Historical Commission of the Philippines and reopened as a proper museum, complete with multimedia presentation, diorama and hologram, on March 20, three days before the 146th birth anniversary of Gen. Emilio Aguinaldo, president of the first Philippine republic.

It was here where the Act of the Proclamation of Independence of the Filipino People was publicly read by its author Ambrosio Bautista on June 12, 1898, at about 4 p.m. The “Marcha Filipina Magdalo” (now the National Anthem) was played by the marching band of San Francisco de Malabon (now General Trias town) on the grounds fronting a busy street (now Aguinaldo Park, created for the 1998 Centennial).

The fact that the house was strategically built at Camino Real, the town’s most important road, can only mean the family had connections. On entering it, the first thing one notices is a bowling alley, which immediately tells the visitor this family could afford a luxurious lifestyle.

Aguinaldo belonged to the principalía, the ruling class of colonial times. On the left aisle wall of Kawit Church, his father Don Carlos has a niche where his remains rest, with an inscription identifying him as gobernadorcillo (now mayor) of Cavite el Viejo (now Kawit). Interment inside a church was reserved only for the most prominent people of the town.

The mansion has seven levels, counting the mezzanine and turret. It is a hybrid of Hispanic and American Colonial design elements brought about by several renovations, especially in the 1920s—far from its humble beginnings as a nipa-and-wood structure in the 1840s.

The whole place is, in fact, brimming with an accumulation of objets d’art and historical artifacts. On the ground floor is displayed Aguinaldo’s resting stone slab transported from the wilderness of Palanan, Isabela, where the Americans caught up with him.

Here is his saber, now hole-ridden and slowly eaten by rust. Here, of course, is the rayadillo uniform, which testifies to the general’s small frame (5 feet and 3 inches in height).

Displayed outside is his 1924 Packard limousine. In the garden behind the house is his marble tomb, guarded by men of the Armed Forces of the Philippines day and night.

He opens to visitors the house’s many secrets: wall décor that transforms into a holder for drinks; special chair with compartment for the general’s socks; hat rack that can be turned around to lead to a passageway; hiding places for weapons and documents; secret door to the swimming pool.

Of special interest is the bomb shelter in the middle of the mansion, with a secret passage from underneath a table in the dining area on the second floor. A dangling rope served as means of escape down, then out of the building and some 500 meters on to the nearby church, which is said to have a tunnel running through the sacristy.

Valez is a master annotator of the mansion, with anecdotes for every nook and cranny—from the elaborately decorated Independence Balcony to the 7 x 10-meter master bedroom; through the grand salon replete with Art Nouveau embellishments, fine furniture, lunette mirrors, wood carvings and oil paintings of allegorical figures and symbols, notably the 7-meter-long Philippine map in painted wood relief on the ceiling; to the bedrooms of the general’s sons and daughters from floor to floor; to the spire of the tower topped by a weather vane via a very steep, very narrow ladder.

The mansion was designed by Aguinaldo himself. There was actually no balcony in 1898; it was constructed only in 1919. The flag was waved and the declaration of independence read from a front window of the grand hall.

The watchtower, or mirador, is said to be the general’s favorite spot in the house, where one can crouch and view the whole poblacion and the margins of four surrounding provinces, including Manila and Tagaytay.

With so many secret passageways and lookout areas, does this mean then that as early as when the house was being constructed the adolescent Emilio was already plotting the revolution?

Valez says there was an ancient tamarind tree in the orchard, to the left of the house, which also served as a lookout point, but it was felled by lightning in 1966. Another was planted in its place in 1987, now a lush and fitting memorial.