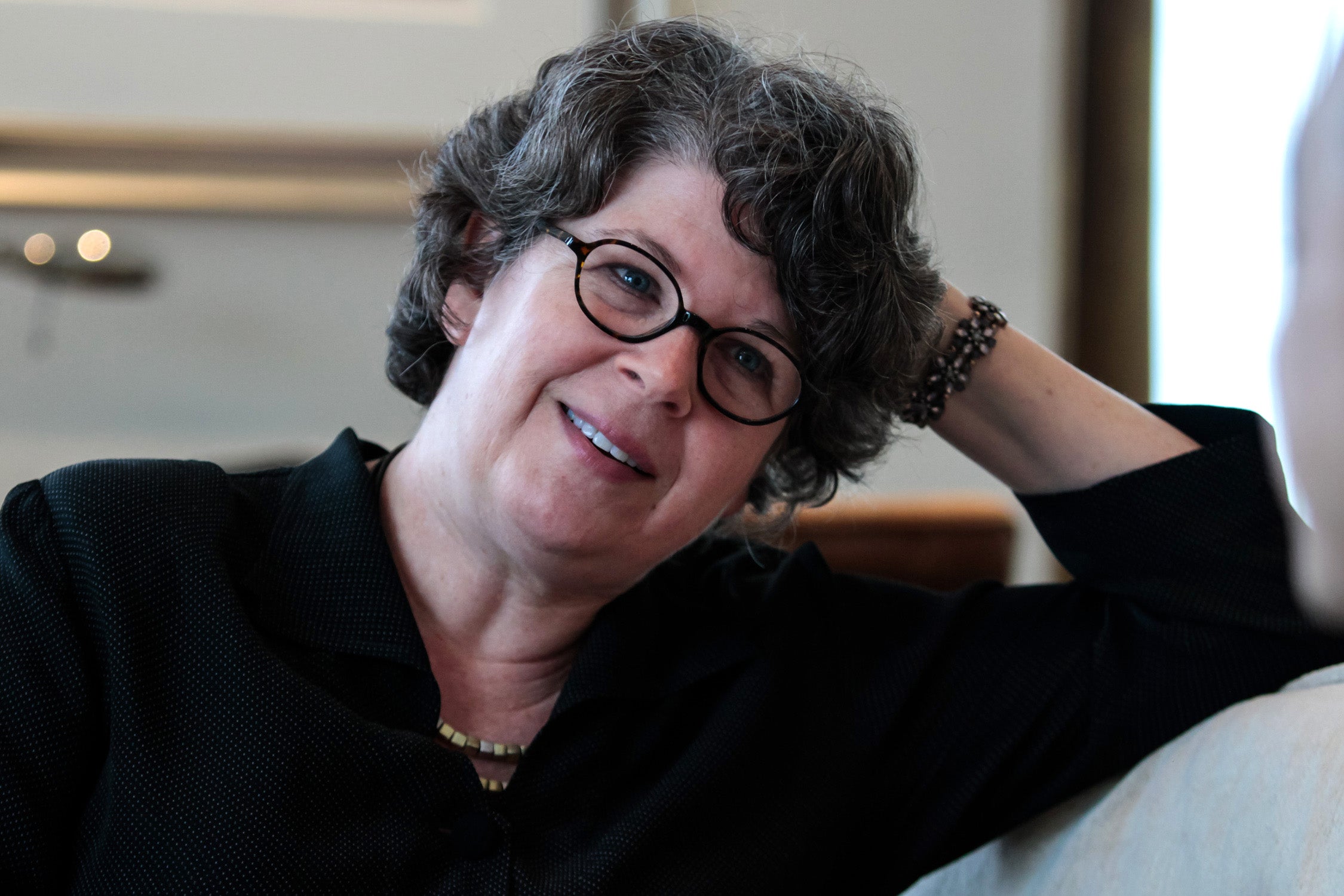 The prodigious life of Meg Wolitzer

IT CANNOT be denied that Meg Wolitzer knows a thing or two about being a prodigy. This is not only discernable from her 11 novels, which often feature young, talented people, but because of what Wolitzer herself has done. Wolitzer was still 21 and still in college when she wrote her first novel, 1982’s “Sleepwalking.” It would become a powerful element in her later work. “I don’t know that I objectified it when I first started. I think you write what comes naturally to you, but pretty soon I realized that was a theme that would thread through my work,” the 56-year-old Wolitzer says.

The affable, thoughtful Wolitzer is in Manila for the National Book Store and Raffles Makati’s Philippine Literary Festival 2015, and she has a lot to talk about because of her many books. She had one book adapted by the later director Nora Ephron into the 1992 film “This is my Life.” More recent are the novels “The Interestings” (2013) and “Belzhar” (2014).

“‘The Interestings’ is pretty openly about what happens to talent over a period of time,” she says. “But then you have ‘The Wife,’ which has talent as a theme, and the suppression of talent. I think some of what we write is sort of subconscious and some of it you decided to tackle a problem. But as I look back on my work, I can see it more than when I was writing at the beginning.”

Choosing the creative life is yet another important theme in her work, regardless of what comes after that choice. “It comes very naturally to me. My mother’s a writer,” she says. “I had a very creative household. My sister is a wonderful artist. There was just an emphasis on art being important, art having meaning. It’s hard to quantify why they do but they do.”

Wolitzer has also been a very vocal advocate for greater opportunities for women writers, including a recent New York Times article where she says even the cover design of books by women can become a form of stereotyping.

“We want readers of all kinds. We don’t want a book cover that says this isn’t for you,” she says. “Ideally they should be about anyone interested in how other people live. Feminism has been very important to me. It’s in my work in a natural way because the exploration of the lives of men and women goes well in a novel. Novels are good for that.”

Marriage and relationships were tackled in an inventive and bracing way in books like 2003’s “The Wife,” 2008’s “The Ten-Year Nap” and 2011’s “The Uncoupling.” Her characters, from the 1970s clique in “The Interestings” to Jam Gallahue in “Belzhar,” are constantly looking back at the lives they had in a kind of powerful retrograde anxiety. In that capacity, Wolitzer says that she would have been a psychiatrist if she hadn’t started writing.

Beyond just what she writes about, Wolitzer is a great read because her prose is like syrup, thick and sweet at it goes down —and it sticks with you.

“I am an all-the-time writer,” she says, noting that the successful writers they knew all had one thing in common: “They wrote all the time.” It’s a choice one makes, giving up other things so they have the time to write. “I don’t necessarily write every day, but I’m always thinking about my work, thinking about my characters.”

She even tried something very different in 2012, when she wrote a novel for young readers called “The Fingertips of Duncan Dorfman.” That book, however, is a reflection of her love for the board game Scrabble. “It was also written in a way because of my son, who is a Scrabble champion.” It was also something that her son Charlie could read.

She’s also promised herself she would never write her memoirs, which seems to be a puzzling decision for such a successful writer. “I like to write fiction,” she explains. “I’m embarrassed writing about myself. My life isn’t that interesting.”

Her productive life was only slightly paused when she took a 10-year gap between books to have her children. “Having your career begin before you have your children is a great thing,” she notes.

Aside from Scrabble, Wolitzer loves to sing. The Brooklyn-born Wolitzer continues to teach creative writing at Stony Brook Southampton in New York.

It only makes sense that even on this trip, she’s working on her next book, most likely out in the spring of 2017.

“When I’m working deep on a new novel, like I am now, I don’t want to be away from it. It’s like having a new baby. You want to run home to be with that baby.”

She’s taking longer than her usual two-year process as she did a lot of press for “The Interestings” (which also happens to be Wolitzer’s favorite among her own works: “The book I’m writing now is long and goes into different places. I want to take the time it needs.”

Starting early has its pleasures and its pitfalls, especially when she admits she really didn’t know what she was doing at the beginning. “Even someone seen as a prodigy needs to grow up someday,” she says. “You have to take stock of who you are over time.” We can take Meg Wolitzer at her word regarding that.