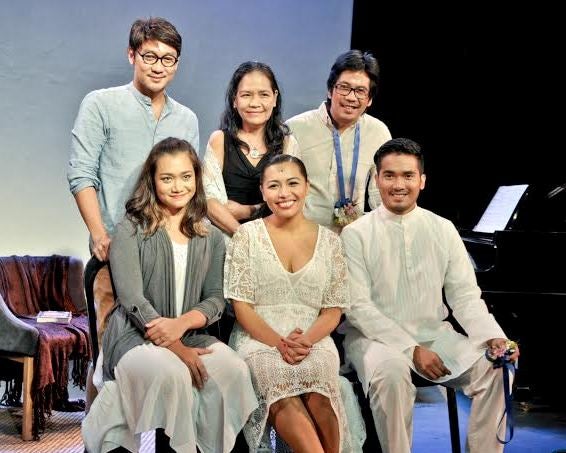 MANINGNING Miclat Art Foundation Inc. (MMAFI) is holding its 7th biennial poetry awarding ceremonies at the Cultural Center of the Philippines on Sept. 3 at 7 p.m.

The CCP event will feature the announcement of the winners of the Maningning poetry contest in Filipino, English and Chinese. It will also feature Kammerchor Manila, grand prize winner of the 42nd Festival of Songs Olomouc 2014 of the Czech Republic.

Highlight of the evening is the performance entitled “Ginugunita Kita,” featuring 10 poems in English, Filipino and Chinese by the late Maningning Miclat set to music by multi-awarded composer, Jesse Lucas, who himself shall interpret them on the piano.

The Chinese winner of the Maningning Yun He Award is Pan Wei Li from Guangdong province. She will come to the Philippines to receive her award.

Yun He was the pen name of James Na, a poet and former literary editor of the local Chinese newspaper, World News, who passed on two years ago. He published the 15-year-old Maningning’s Chinese poems in the daily in 1987 and collected them into her first book of poetry, “Wo De Shi (My Poems).”

Grand winners will each receive P28,000, a Julie Lluch sculpture trophy and books including “Voice from the Underworld” by Maningning Miclat, “Beyond the Great Wall” by Mario, Alma, Maningning and Banaue Miclat, “Secrets of the Eighteen Mansions” by Mario I. Miclat and “Fairground: A Literary Feast” by 40 top poets and writers in the country.

“Ginugunita Kita,” under the direction of Roeder Camañag, is copresented by Talent Factory Inc. and Artists Playground.