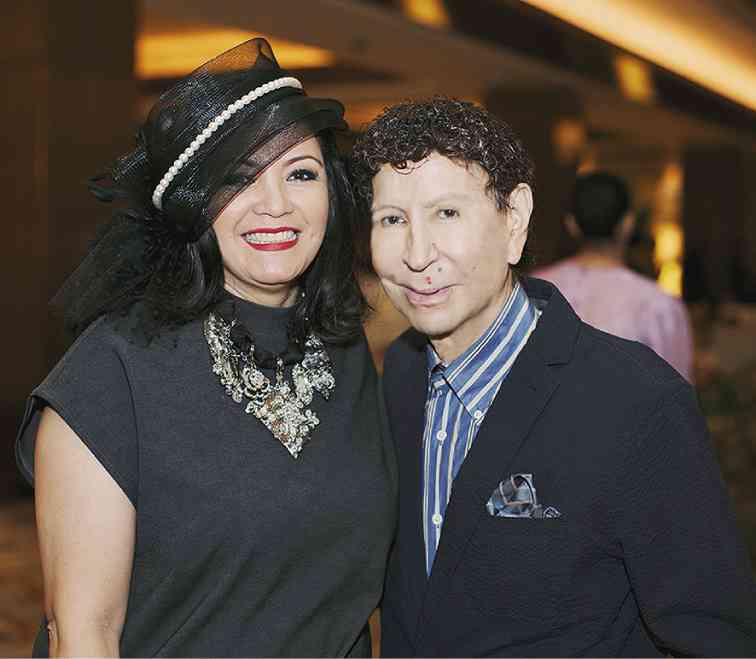 ‘Singin’ in the Rain’ makes a splash; extends Manila run

“Singin’ in the Rain” opened its Manila run last Aug. 20 to a full house and left audiences with smiles on their faces, songs in their hearts, and a little wet than when they arrived.

The very warm reception to the production prompted producers to add one more week to the scheduled run, so that the musical will now be playing at The Theatre at Solaire until Sept. 13.

Many in the audience went to the gala in 1920s fashion, to complement the look of the original movie musical’s setting in Hollywood during the transition from silent films to the introduction of sound.

There was upbeat mood as the crowd poured out of the theater. People were singing and dancing to the songs from the show.

I couldn’t help talking to my friends about how wonderful it was, palangga, to reminisce as one of our favorite classic films came to life onstage.

Milling around were US Embassy consular officer Struan Boston and his wife who was in a sultry black number; Megan Dutton, wife of Australian Embassy chargé d’ affairs David Dutton; Robert Sewell, president of TicketWorld; and Carlos Candal, chair and CEO of Global Marketing Group Ltd.

Anton Luitingh, resident director of the musical’s touring company, made a quick appearance with some cast members.

Now check this wonderful news, dahlings. Avail of the “family pack,” in which you buy two tickets and get the next two at 50 percent off. Students also get 20 percent off. (Log on to ticket

Audience members sitting on the first three rows of The Theatre will be in for a one-of-a-kind experience. The rows comprise the Splash Zone, and appropriately so—people get treated to a generous amount of rainwater during the dance numbers.

“You watch from the back of the stalls and, at the interval, they’re all talking to each other like they’re comparing war wounds just to see who got the wettest. I’d say people really, really love it,” said resident rainmaker and technical director Richard Blacksell.

Kidney specialist Tony Cayco was in the second row wearing a raincoat given to him by the production. He said, “It was really fun and different.”

Leading the cast as the charming Don Lockwood is Duane Alexander, whose dance moves and voice would make Gene Kelly proud.

Bethany Dickson is the epitome of sweetheart and simply dazzles as the aspiring actress Kathy Selden.

And the fabulous stage actress Lina Lamont, the vixen and silent-film superstar who transitioned to sound movie with a “one in a million” voice, is played by the exquisite Taryn-Lee Hudson.

With high-energy choreography, magnificent set design and costumes, a superb score and a joyous story, “Singin’ in the Rain” will shower audiences with everything they can wish for in a smashing musical, dahlings.

Erratum: The first item in my column last Aug. 28 failed to mention Peachy Prieto, the woman behind the the photography exhibit of Film Development Council of the Philippines chair Briccio Santos, held at the Alliance Française de Manille.