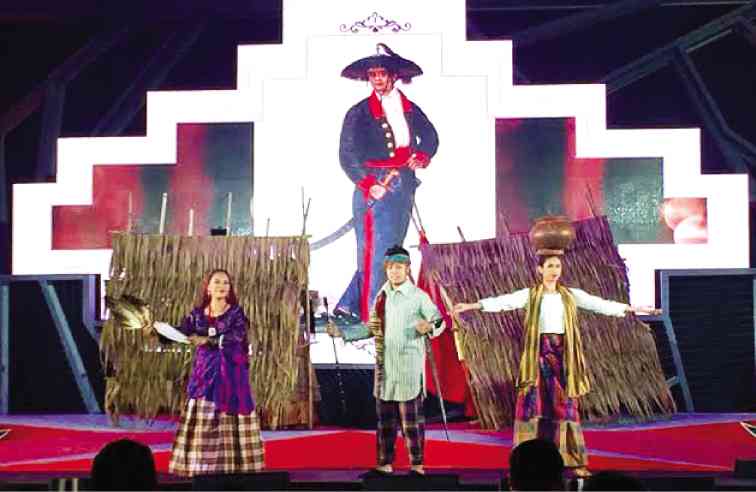 Taking off from the rousing success of its 1980s-theme Boracay beach party in May for delegates of the Asia-Pacific Economic Cooperation (Apec) 2015, the Philippines once more proved at another recent Apec dinner, this time at Sofitel Philippine Plaza Manila, that if there’s one thing Filipinos know, it’s how to throw—and entertain at—a party.

“Fused!” under the direction of Floy Quintos and Alexander Cortez, with musical direction by Jesse Lucas, was a showcase of the Filipino’s musical and dance talents, to welcome the delegates of the Apec High Level Policy Dialogue on Science and Technology in Higher Education.

The mood was set at the entrance of the hotel’s Harbor Tent, where a colorful tableau was set up, with dancers and musicians of the Ramon Obusan Folkloric Group performing Muslim dances.

Clearly it was an invitation for the academic delegates to check their scientist hats at the door, and come in to just enjoy the dinner and show.

Even Dr. Patricia Licuanan of the Commission on Higher Education and Secretary Mario Montejo of the Department of Science and Technology were brief with their welcome remarks.

The concept of the cultural presentation was to highlight how adept Filipinos are at fusing “traditional and contemporary artistic and cultural heritage,” according to Nestor Jardin, former president of the Cultural Center of the Philippines and head of the Apec Philippines creative team.

“What makes Filipino culture so vibrant is our ability to fuse elements of our tradition with outside influence and make these our own,” it said in a statement given by the Tourism Promotions Board.

“Fused!” was composed of four suites. First was “Saplot,” a showcase of pre-Hispanic and colonial costumes, featuring the Ramon Obusan Folkloric Foundation’s and Damian Domingo’s collection of costumes, as well as modern terno dresses custom-made by fashion designer Maxie Cinco, and modeled by ramp queens Marina Benipayo, Angel Co, Ana Sideco, Paulette Quinto and Girlie Benitez, among others. The suite was accompanied by neo-ethnic music.

Next was a medley of Filipino folk songs and American jazz (Gershwin’s “Rhapsody in Blue”) in “Awit,” to highlight the fusion of traditional and contemporary music, as performed by Baihana, a female vocal trio; Philippine Opera Company; and OJ Mariano.

The third part was “Sayaw,” featuring R&B and hip-hop group Kenjohns and Rockstar, and a contemporary pas de deux by Ballet Philippines, choreographed by Carissa Adea, with Jobry Cimafranca on violin.

The last part was a fusion of various suites, with three child singers reprising the opening anthem, and the entire company coming together onstage.

“Fused!” was only one of the many cultural events prepared by the Apec creative team, in the lead-up to the summit in November.

This month, they’re headed for Cebu and Iloilo, and another event in Manila, Jardin said.