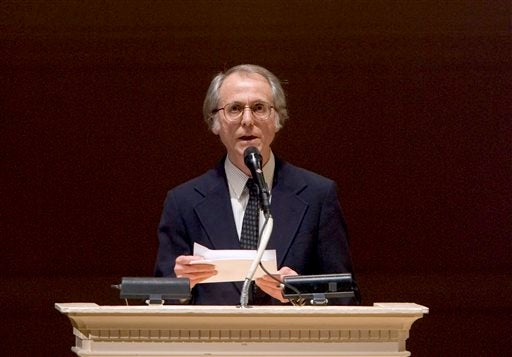 In this April 9, 2008 file photo, author Don DeLillo speaks at "The Time of His Life: A Celebration of the Life of Norman Mailer" tribute at Carnegie Hall in New York. AP

The author of “White Noise,” ”Underworld” and other celebrated novels will receive his medal on Nov. 18 at the 66th annual awards ceremony in New York City, the National Book Foundation told The Associated Press on Wednesday. Pulitzer Prize winner Jennifer Egan will introduce DeLillo, who won the fiction award in 1985 for “White Noise.”