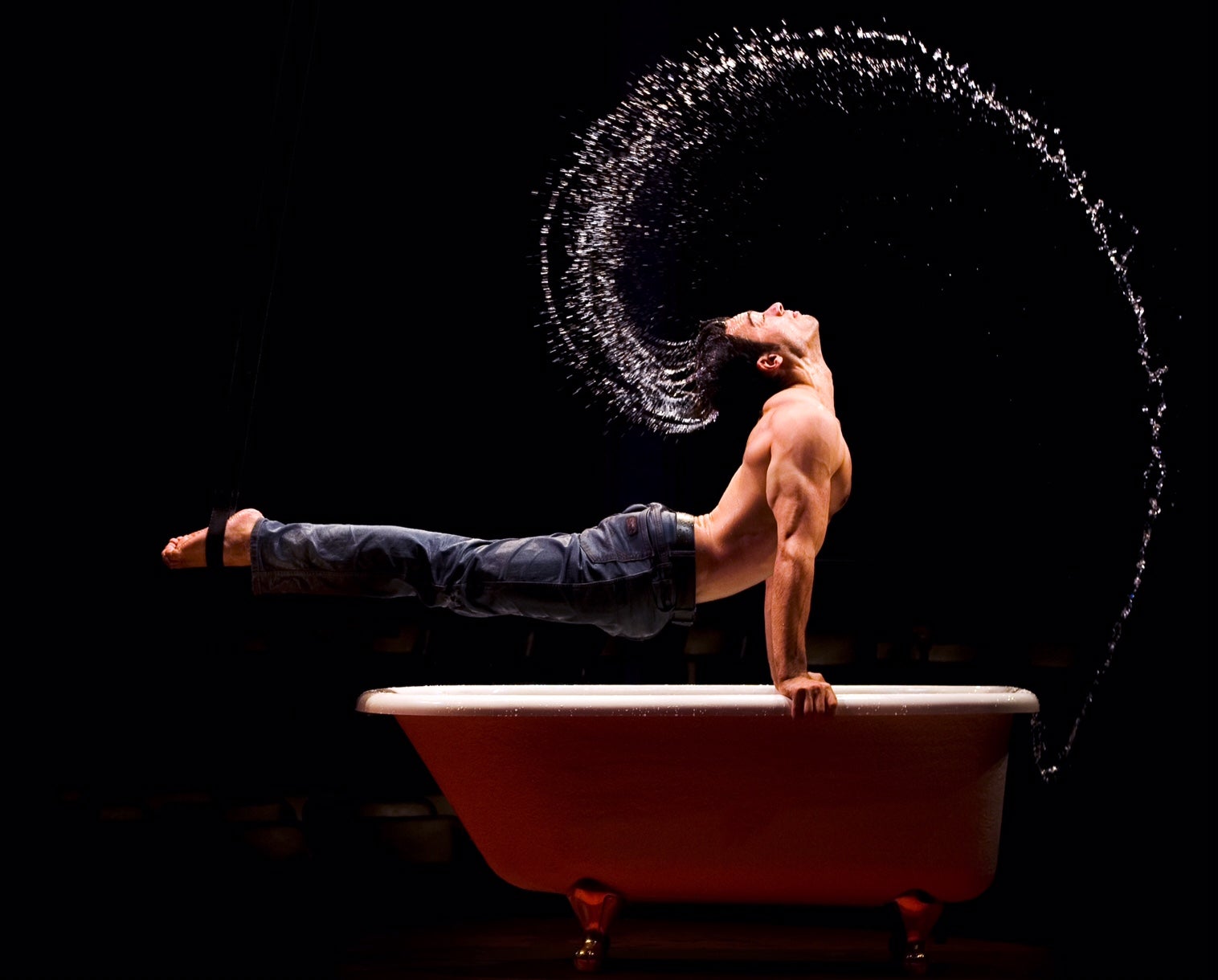 “La Soiree” has been described as a “deliciously decadent cocktail of astonishing acrobats, mind-bending feats and thrilling cabaret.” PHOTO FROM CONCERTUS/LUNCHBOX

4 more big shows from Concertus and Lunchbox this year

For years now, Concertus Manila and Lunchbox Theatrical Productions have been working together to bring great shows to Manila. Their previous productions include “Wicked,” “Phantom of the Opera,” “Cats,” “Chicago,” “Potted Potter” and “Stomp.”

Theater lovers and entertainment seekers have a lot more to look forward to from Lunchbox and Concertus this year. After “Singin’ in the Rain,” running at The Theatre at Solaire until Sept. 13, they are bringing in four more shows from September to November.

The show: Louis Pearl’s love affair with bubbles started in 1980 and, since then, he’s shared his passion with over a million people in hundreds of cities. The 75-minute performance combines fun and science as Louis dazzles the crowd with bubble tricks.

“I had no idea you could do so many things with bubbles. I thought if a producer with 25 years in the entertainment business can be blown away by bubbles, then surely people all around the world will be amazed by this incredible show too,” said James Cundall, CEO of Lunchbox Theatrical Productions.

Watch it if: You used gumamela to make better bubbles when you were a kid. This show is great for kids, but it’s a hit with adults, too. “The kid in everybody gets excited. The audience connects with what’s happening onstage at a preverbal place. There’s so much joy,” said Louis.

The show: “La Soirée,” which won the 2015 Laurence Olivier Award for Best Entertainment in London, has been enjoyed by over six million people around the world.

Described as a “deliciously decadent cocktail of astonishing acrobats, mind-bending feats and thrilling cabaret,” it features about 10 artists at each performance, including the contortionist Captain Frodo who can put his body through a tennis racket, aerial gymnast Bath Boy who performs in a tub and the acrobatic duo The English Gents.

“It took the age-old format of a variety show and made it relevant to an entirely new generation,” said Brett Haylock, the show’s creative director. “It’s incredibly sexy, it’s very funny, humor runs through its veins.”

Watch it if: You’ve been waiting for the circus to come to town. “Normally we associate circus with family entertainment, and ‘La Soirée’ is not that. There’s absolutely nothing offensive. Please bring your grandma but leave the kids at home,” said Brett.

The show: Two hours of songs from the world’s most loved musicals, sung live by former cast members of “Les Misérables” on West End and on tour—Andy Reiss and David Fawcett who have played Jean Valjean, Katie Leeming who starred as Eponine and Rebecca Vere who played Cosette.

They will be performing songs from “The Phantom of the Opera,” “Jersey Boys,” “Evita,” “West Side Story,” “Mamma Mia,” “Wicked,” “Miss Saigon,” and of course, “Les Misérables.”

“Our aim was, and continues to be, to deliver these much-loved songs from the top musicals in a way that captures the feel of the original orchestrations, so the audience feels they are listening to the original performance,” said cofounder Andy Reiss.

The four have brought the show all over Europe, have performed at the Royal Albert Hall and at the “Les Misérables” 25th Anniversary Concert at the O2 Arena. Kate and Rebecca were also ensembles vocalists in the 2012 “Les Misérables” film.

Watch it if: You love musicals and can’t stop listening to songs from your favorite shows on your iPod or Spotify. It’s time you heard your favorite songs live.

The show: You’ve never seen a cooking show like this. It’s “Stomp” meets “MasterChef” meets K-Pop. “Cookin’ Nanta” is an acrobatic cooking show that transforms knives and other kitchen equipment into musical instruments.

Let the chefs entertain you with their rhythmic skills, water drums, dumpling challenge and wedding sequence. “Cookin’ Nanta” has toured 289 cities in 51 countries. We had the chance to watch it in Berlin and the performance made our jaw drop (especially as the vegetables started flying onstage). This fun show is a must-see.

Watch it if: You like “Stomp,” “MasterChef,” K-Pop or all of the above. It’s a great show for people of all ages.

Concertus and Lunchbox have a lot more surprises for next year, including Kidsfest Manila, which will feature delightful shows like “Dinosaur Zoo,” “The Gruffalo” and “Aliens Love Underpants” for the little ones.

For tickets, call Ticketworld at 8919999 or visit www.ticketworld.com.ph.