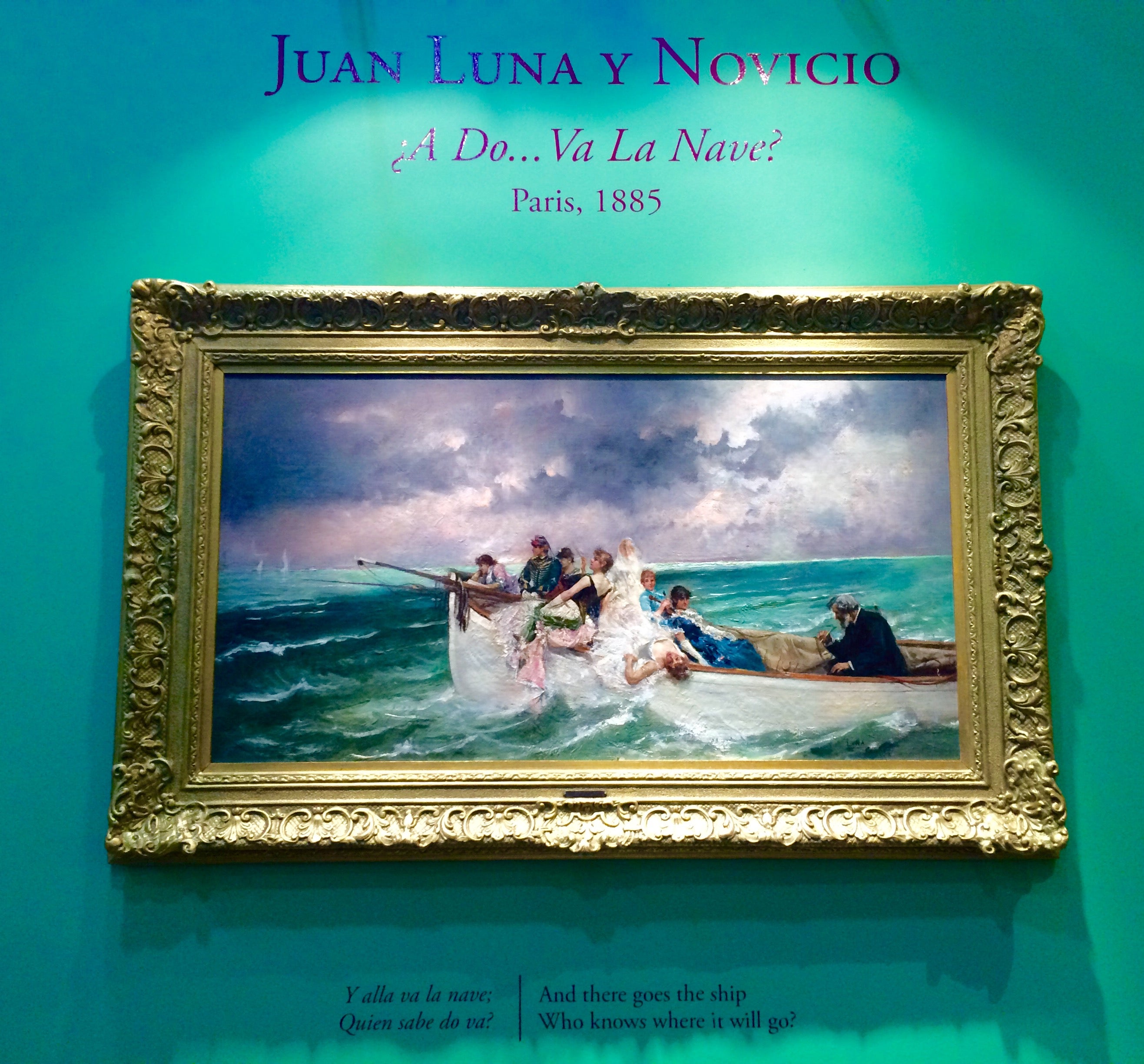 ‘Extremely rare’ Juan Luna up for bids in Makati auction

AN “EXTREMELY rare” work by 19th-century painter Juan Luna is the centerpiece in an auction of Philippine art, fine jewelry and watches, rare automobile and other antiquities, to be held Sept. 19-20.

The painting, an oil on canvas titled “A Do… Va La Nave?” (21½” x 41”), was consigned to auctioneer Salcedo Auctions by an Argentinean, who inherited the artwork from his grandmother, whose husband received it as a gift from a friend in the 1950s.

“[The current owner] didn’t know the value of the painting. They didn’t know who Juan Luna was,” says Ramon E.S. Lerma, art advisor and cofounder of Salcedo Auctions. In fact, he added, the owner’s sister wanted to turn the gilt frame into a mirror and discard the painting.

However, they found that the work had an inscription—“LVNA Paris 1885”—and turned to Google, where they found the auction house, which has sold Lunas in its last two auctions. The owner sent Lerma photos of the painting.

“My heart leaped when I saw it,” Lerma says. “I knew right away it was a Luna. That blue,”—referring to the dress of one of the female subjects on the piece—“is unmistakable… It’s a touching tribute to the country that the owner decided to sell it here.”

The painting is valued between P9-12 million.

A portrait from 1890 by another Filipino master, Felix Resurreccion Hidalgo, found in Madrid, is also among the dozens and dozens of Philippine art that will go under hammer.