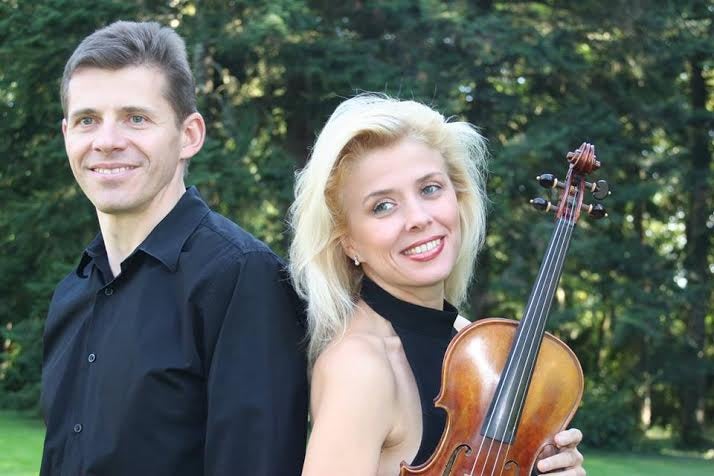 FRENCH pianist Thierry Huillet and Romanian violinist Clara Cernat are all set for their Philippine debut with a unique program called “Le Petit Prince and Rhapsody in Blue, a Musical Adaptation” at the Ayala Museum on Sept. 9, 7:30 p.m.

The concert is described as a show in three dimensions, featuring generous and poetic piano music by Huillet, violin by Cernat, and the voice of Mael (the duo’s son) with images of space from the US National Aeronautics and Space Agency as the concert’s backdrop.

The concert’s literary component was inspired by “The Little Prince” by Antoine de Saint-Exupéry and will showcase Huillet as a composer.

Huillet told a French music publication that he got into music as a result of serendipity.

“An old communist aunt who regarded me as her fourth child, loving art and culture, chose to practice my music as extracurricular activity, instead of football or rugby! Her three children had enjoyed a steady upward social mobility. For her, her nephew could only engage in music. She then made me enrol at the Conservatory of Toulouse for a brief period passage in piano class.

Her grandmother asked him to enter the Paris Conservatory. “Nice boy again, I agreed without conviction. And there, as I entered the Conservatory, a click occurred. Music was going to be my life, my work!”

Cernat talked of her pianist husband as composer:

“For me, playing his music many times next to him is a great joy. Indeed, his music is very accessible to the audience, without being ‘cheap.’ His music is built around certain motifs, it has its roots in musical traditions; it’s very well constructed and very well received and understood by the audience. I am glad when this happens, because a contemporary composer is a mini-universe. Each creator has his own universe and many of the great creators in the history of music were not understood by the audience of their period. So, I’m never happier than when I play Thierry Huillet’s music everywhere, and I see that the audience accepts it and, more than that, they like it and become fans.”

The pianist admitted the composer in him started late in his career: “Until the age of 33, composition was as foreign to me as painting or other art form. It was an activity that I appreciated. I was very good in analysis, good enough in harmony and counterpoint. But the idea of building from scratch was definitely not my approach.

Three factors have contributed to the birth of my Opus 1. First of all, I felt like an empty feeling that I was only able to play existing works. I then wanted to compose a work for my violinist wife.

There I really got into a compositional process. In addition to the desire I had, this experience has given me the necessary push.”