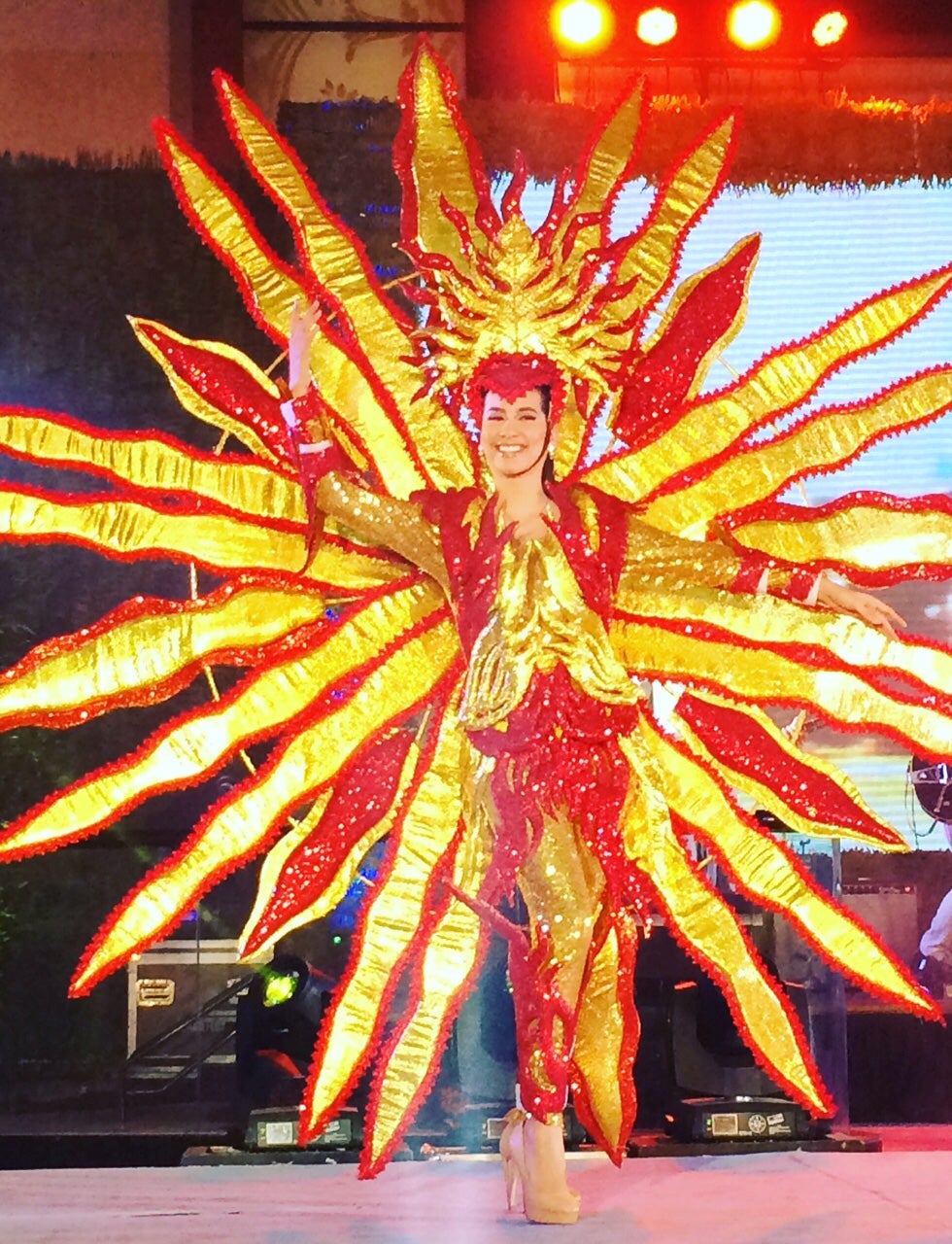 No one knows how to throw a party like Filipinos!

For its latest dinner and cultural show Monday night to welcome a new batch of delegates in the ongoing Asia Pacific Economic Cooperation (APEC) 2015 ministerial meetings in Cebu, the event’s creative and production team led by Chris Millado drew inspiration from the Visayas region’s legendary resilience.

And by the time “Here Comes the Sun,” the 45-minute show at the Radisson Blu Hotel lobby, reached its finale, a good number of local and foreign guests were already dancing to the music of the Beatles and VST & Company with the event’s featured performers, including grade-school kids who topped regional and national ballroom dancing and Sinulog competitions.

After going through a series of headline-hogging disasters in 2013 such as the earthquake in Bohol and Supertyphoon “Yolanda,” the Visayas has had more than its share of natural disasters, said Millado, artistic director of the Cultural Center of the Philippines.

But the disaster-prone region and its hardy people have always managed to pick themselves up and thrive despite such setbacks. One such inspiring story, which caught Millado’s attention, was that of the Reo Brothers, a Tacloban-based band consisting of four young brothers who do covers of Beatles songs.

After surviving “Yolanda,” the homeless brothers and their family found themselves in Manila where they began rebuilding their lives. Instead of sinking into despair, the Reo Brothers kept on performing. Soon enough, they found themselves guesting at ABS-CBN and even at Madison Square Garden shows in New York.

“I came across them on YouTube,” said Millado. “They’re that good that when you close your eyes, it’s like listening to the Beatles.”

Millado, in close coordination with Nes Jardin, APEC 2015 creative director, decided to make the Reo Brothers and Beatles music as “jump-off” points to a show that focuses on the difficulties the region faced and the resilience its people have shown.

Thus, “Here Comes the Sun,” a “Beatles-meets-Pinoy-pop” show, which featured close to 400 performers, was born.

Yesterday’s welcome party, which was presented by the APEC 2015 National Organizing Committee in cooperation with the National Economic Development Authority (NEDA), had NEDA Director General Arsenio Balicasan giving welcome remarks. The Departments of Finance and Tourism also actively participated in its planning.

“Beatles music is perfect because it has a universal and timeless appeal that everyone can relate to,” Millado said. “At the same time, we had to flesh out the show by highlighting the boom in Cebu and its cultural pride, especially the Sinulog, a festival built around the Sto. Niño and the hope the devotion to it brings to countless Cebuanos.”

Millado, who collaborated with Cebu-based director Junjet Primor and choreographer Victor Hao Cuenco, didn’t have any trouble coming up with a cohesive show. He featured Triple Fret, a trio of women-guitarists from Manila, during dinner to provide background music to guests. Their repertoire consisted purely of Beatles tunes.

“Since Cebu is bursting with so much talent and content we could use and explore, trimming the show down to a manageable level became one of the major challenges,” he said.

In the end, he decided to highlight the youth’s participation through such multi-awarded acts as the Mandaue Children’s Choir, who sang “Let it Be,” and a bevy of child-dancers who did a number of ballroom staples to cover versions of such Beatles’ classics as “Can’t Buy Me Love” “All You Need is Love” and “I Want to Hold Your Hand.”

Millado also devoted a couple of segments to a number of homegrown singers such as Maria Donna and Jem Cubil as well as clothes by designer Cary Santiago. Since Cebu has also produced a number of national ballroom dancing champions, the show also allowed several adult dancing pairs to shine.

But the finale was reserved for gold-clad members of Lumad Basakanon, five-time national champions in Cebu’s Sinulog festival and Manila’s Aliwan festival. Cheering and marching in unison like a chugging train, the group managed to bring the house down.

Guests were so revved-up by the Sinulog champions’ performance that many soon found themselves dancing in front of the stage and along the venue’s aisles, as the Reo Brothers took over and sang one fast Beatles hit after another. Even the country’s diplomats and Cebu City’s socialites were unable to resist the beat as they danced every which way with Cebu’s ballroom-dancing champions.

“We used the Beatles music, which is something familiar to our foreign guests, before introducing them to something a little bit less familiar like Cebu’s very own Sinulog festival,” said Millado.

One delegate from Brunei made his feelings known by writing it down on a piece of paper: “Unforgettable CEBU!”