Ina Raymundo is a ‘fitspiration’ for moms | Inquirer Lifestyle 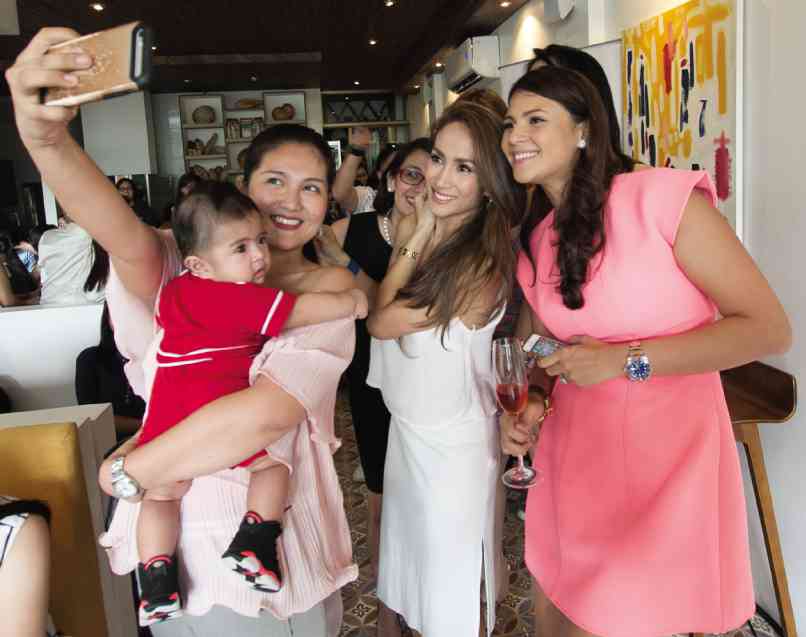 Ina Raymundo is a ‘fitspiration’ for moms

One-time “Sabado Nights” “It” girl and sexy TV and film actress Ina Raymundo may have taken on a new role—as wife to businessman Brian Poturnak and mother to five kids Erika, Jakob, Mikaela, Anika and Minka—but she’s still got that eye-popping figure, thanks to a disciplined fitness routine.

Ina shows off her “momshell” (that’s mom + bombshell) form on the cover of Baby Magazine, the country’s oldest parenting magazine, which debuted its new look with the July-August issue.

Baby, now a proud member of the Hinge Inquirer Family, celebrates its 19th year of publication, with Juana Manahan Yupangco as editor in chief. (Founder is Chet Espino.)

In the cover story “She makes motherhood sexy” by Alexis Aldeguer-Aragona, photographed by Dix Perez and with makeup, hair and styling by TK, Aldeguer-Aragona recounts how Raymundo showed up for the shoot “shepherding four of her five children, a couple of yayas, and their lives in bags (at least for the afternoon)… ‘The kids are always the center of the universe,’ she says with a laugh.”

One role has helped her handle all the stress and business that come with raising a family: that of “fitness and health enthusiast, a ‘fitspiration’ for many of her fans and friends.”

“I had an unhealthy lifestyle when I was single,” she says in the interview. “I never went to the gym… All I wanted to do was have fun, like other single girls.” That changed when she met her fitness buff husband.

Although she started with weightlifting and other gym workouts, Raymundo now has her favorites, Zumba three times a week for cardio and TRX for strength training.

“I don’t do any sports. I tried to do tennis—I took lessons, but it’s not for me. Also, I have osteoarthritis, so I need to be careful with my knees.”

In fact, Ina has worked around this limitation by decreasing the intensity of her workout as the week progresses. “She loves the energy and abandon Zumba gives her,” Aldeguer-Aragona notes.

Ina’s also keen on trying Electric Pop. “It’s like a spinning class, but you’re lifting weights while you’re spinning… I’m interested because it’s also not harsh on the knees.”

Her 221,000 Instagram followers get to view a lot of short videos and photos of her Zumba workouts, as well as pictures of the food she eats. Ina admits to eating six small meals a day, but still indulging in occasional “controlled” cheating.

“For instance, in a box of Krispy Kremes, I’ll have one piece. Because my body is so used to having only 1,200 calories a day, if I eat too much, I feel sick. And I really don’t like the feeling of indigestion.”

Ina said during the interview that she wouldn’t mind being certified as a Zumba teacher. “Because I do enjoy it, I love it. And I think if I do become a teacher, I can share something different. I’ll teach my students to be crazier, to really be more uninhibited. Unsuppressed Zumba!”

Baby is available at magazine stands.