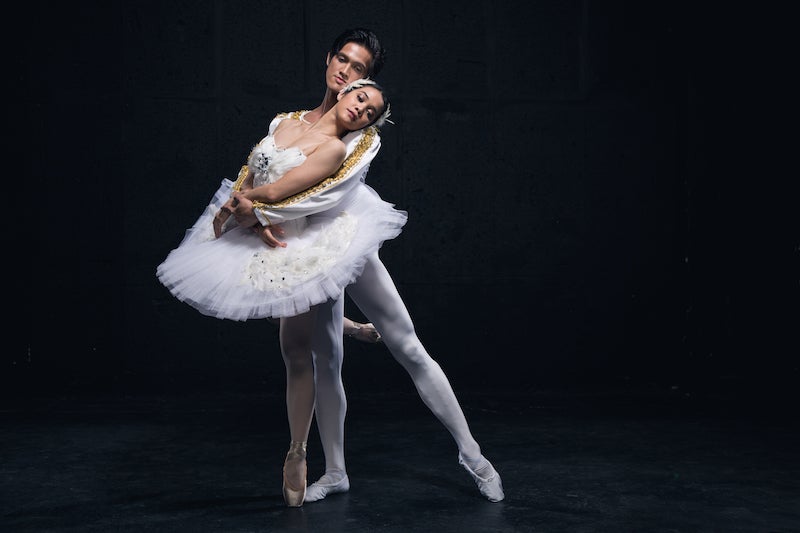 Featuring excerpts from “Swan Lake,” Mark Bogaerts’ “Bolero, “Enrico Labayen’s “Cloth” and other landmark pieces, the show celebrates the dancers’ innate athleticism in the context of the alarming rise of HIV in the Philippines.

The prevalence of HIV in the country has risen by over 50 percent in the last 3 years, yet the general public remains largely unaware.

Males having sex with other males (MSM) remains the predominant mode of transmission among males and comprised 84 percent of infections through sexual contact from the study period of January 2010 to April 2015. With around 20 newly reported cases of HIV per day in 2015, Ballet Philippines was compelled to raise its voice about the matter.

On why BP decided to adopt this particular advocacy in its season opener, Ballet Philippines artistic director Paul Alexander Morales says, “When the HIV/AIDS epidemic struck many countries in the 80s, the Philippines was mostly unaffected. Now it’s here, and it’s spreading at three times the rate that it was in 2012, but it’s hardly being talked about. ‘Body Positive +’ is our small contribution towards changing that.”

One of the featured dances in the “Body Positive +” program is Enrico Labayen’s award-winning choreography, “Cloth”. It is a dance of two men that investigates missed opportunities for meaningful connections and unrequited emotions.

Labayen’s works comment and inform “how society, politics and cultures deals with the plague from the black death in the dark ages up to the plague that haunts us at present such as HIV/AIDS, SARS and the H1N1 virus.”

In 1997, “Cloth” won Labayen his first Isadora Duncan award for “Outstanding Achievement in Choreography”, and in 2011, he received the same award for his design and work entitled “en-Gulf-ed”.

He is an alumnus of Ballet Philippines and is a staunch AIDS advocate.

At the end of the day, this is still a Ballet Philippines production, and that means having some fantastic dancing.

These classical swans will also be joined by contemporary counterparts in Erl Emmanuel Sorilla’s “Requiem to a Cygnet”.

Last performed in April 2015 at BP’s Young Dancers and Choreographers Showcase for International Dance Day, the piece features three male dancers in white tutus, mourning the death of their sibling.

In addition to the show, Artletics Inc., a group of painters and visual artists convened by the social realist painter Manny Garibay will join Ballet Philippines and show support by holding a 50-painting exhibit. The exhibit will highlight health and well-being.

The exhibit will be displayed at the CCP Little Theater lobby during the Body Positive +’s first weekend and will then be toured to public venues all around Metro Manila.

BP is the flagship professional classical and contemporary dance company in the country. A resident company of the Cultural Center of the Philippines, it was founded in 1969 by Alice Reyes and Eddie Elejar. It is widely recognized today as a cornerstone of the contemporary Filipino identity.

To join in the Ballet Philippines conversation, use our official hashtags: #balletph, #dancespring, #bodypositive, #bepositive