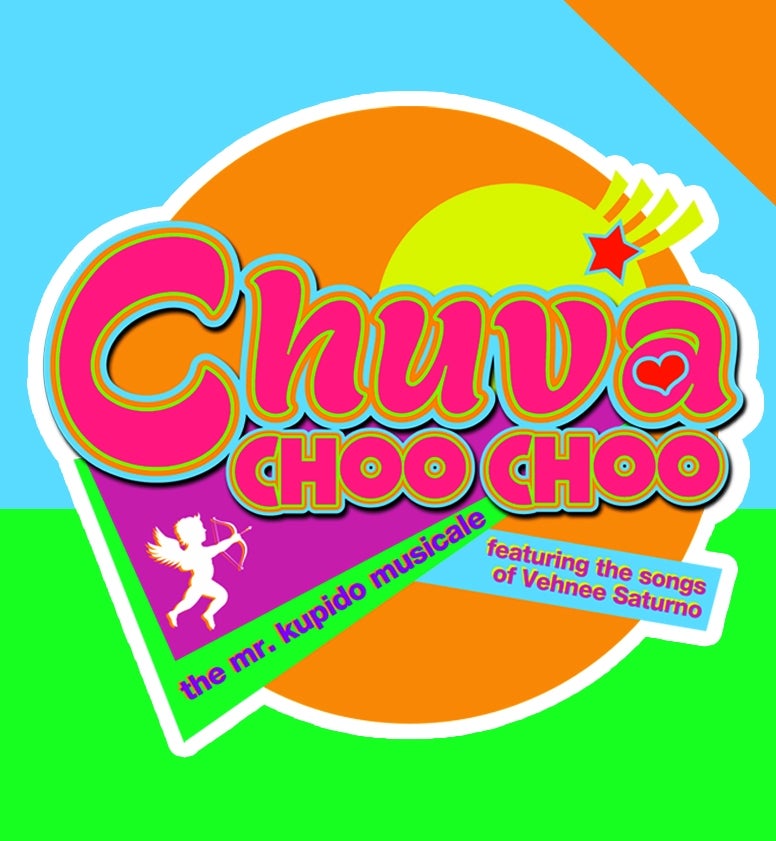 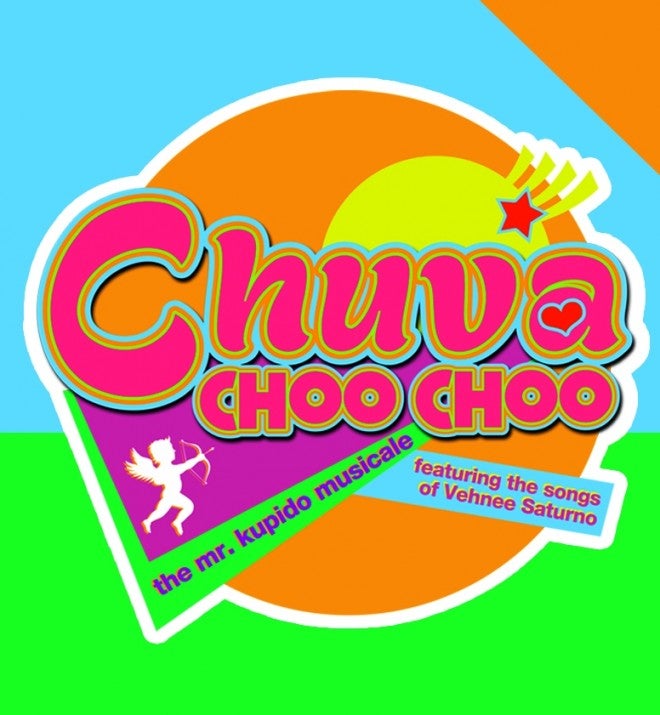 Don’t surprised if you know all or most of the songs in “Chuva Choo Choo, the Mr. Kupido Musicale” by heart. The songs are by Vehnee Saturno, who has written some 800 of them, many you’ve probably belted, beer in hand, at the videoke bar.

Think “hugot” songs such as “Wala Na Bang Pag-ibig?” and “Dahil Tanging Ikaw” by Jaya, “Till My Heartaches End” by Ella Mae Saison, “Be My Lady” by Martin Nievera, “Sana Kahit Minsan” by Ariel Rivera, and “How Could You Say You Love Me?” by Sarah Geronimo—torch songs turned OPM classics. Saturno also wrote happy songs, such as “Mister Kupido,” popularized by Rachel Alejandro, and the novelty ditty “Chuva Choo Choo,” by Jolina Magdangal.

And now, here comes a musical that features a slew of his last-song-syndrome-inducing melodies: “Chuva Choo Choo, the Mr. Kupido Musicale.” It runs Sept. 25-27, and will be the first show to open at Power Mac Center Spotlight, a new 300-seater black box theater in Circuit Makati. A second run is slated for January 2016.

At the recent launch in MyCinema, Greenbelt 3, Saturno said it has been a longtime dream of his to have his compositions featured in a musical, so saying yes to “Chuva Choo Choo” was a breeze.

Ampil plays the lead as Dina, a small-town singing sensation, and big sister to Darla, played by singer Morissette Amon, in a story inspired by the movie musical “Connie and Carla.”

Dina and Darla are amateur-singing contest regulars who become national champions. Along the way, they witness a violent altercation between the town mayor and the contest organizer. Fearing for their lives, they flee to the city and hide their identities by working as female impersonators. Together, they go through a series of adventures as they struggle for stardom and search for true love.

The musical arrangement is by Roy del Valle, with set design by Tuxqs Rutaquio, costume design by John Abul and lighting by Johnsy Reyes.

De Jesus said he first came up with the script before matching the scenes with Saturno’s songs. Prior to presenting the material to Saturno, the two had never met.

“We presented the story, and we were very nervous. But Vehnee loved the idea, and the challenge was choosing the songs!”

From the composer’s vast catalogue of hits, De Jesus said he chose songs that the audience could relate to: “Sometimes you don’t know the title of the song, or who sang it, but when the chorus comes, kabisado! That’s how we picked the songs—those that people grew up with.”

“Some of these songs are older than the people singing them,” said Saturno. “Anyone who has been heartbroken has listened to my songs.”

Pain sells, he added. “All relationships have pain and failures. Filipinos can relate to heartfelt sorrow in songs; it’s actually more difficult to write positive songs.”

Pinoys sing their emotions out, but De Jesus saw in these heartbreak songs a comedy about female impersonators, and it’s a role Ampil is excited to do.

“I’ve always been in serious roles such as Kim in ‘Miss Saigon.’ This is something I’ve never done before,” she said. “I’m excited to be campy!”

But why is it titled after the Jolina hit?

“Chuva doesn’t really mean anything; it is an all-around word for something you can’t directly describe: Saan ’yung chuva? Doon sa chuva,” Saturno explained. “The song can make you smile—same thing as the musical, which intends to make the audience leave the theater with smiles on their faces.”

[Update: The producers of “Chuva Choo Choo, the Mr. Kupido Musicale” have announced that Cheeno Macaraig has left the production for personal/family reasons, and has been replaced by Ross Pesigan.]