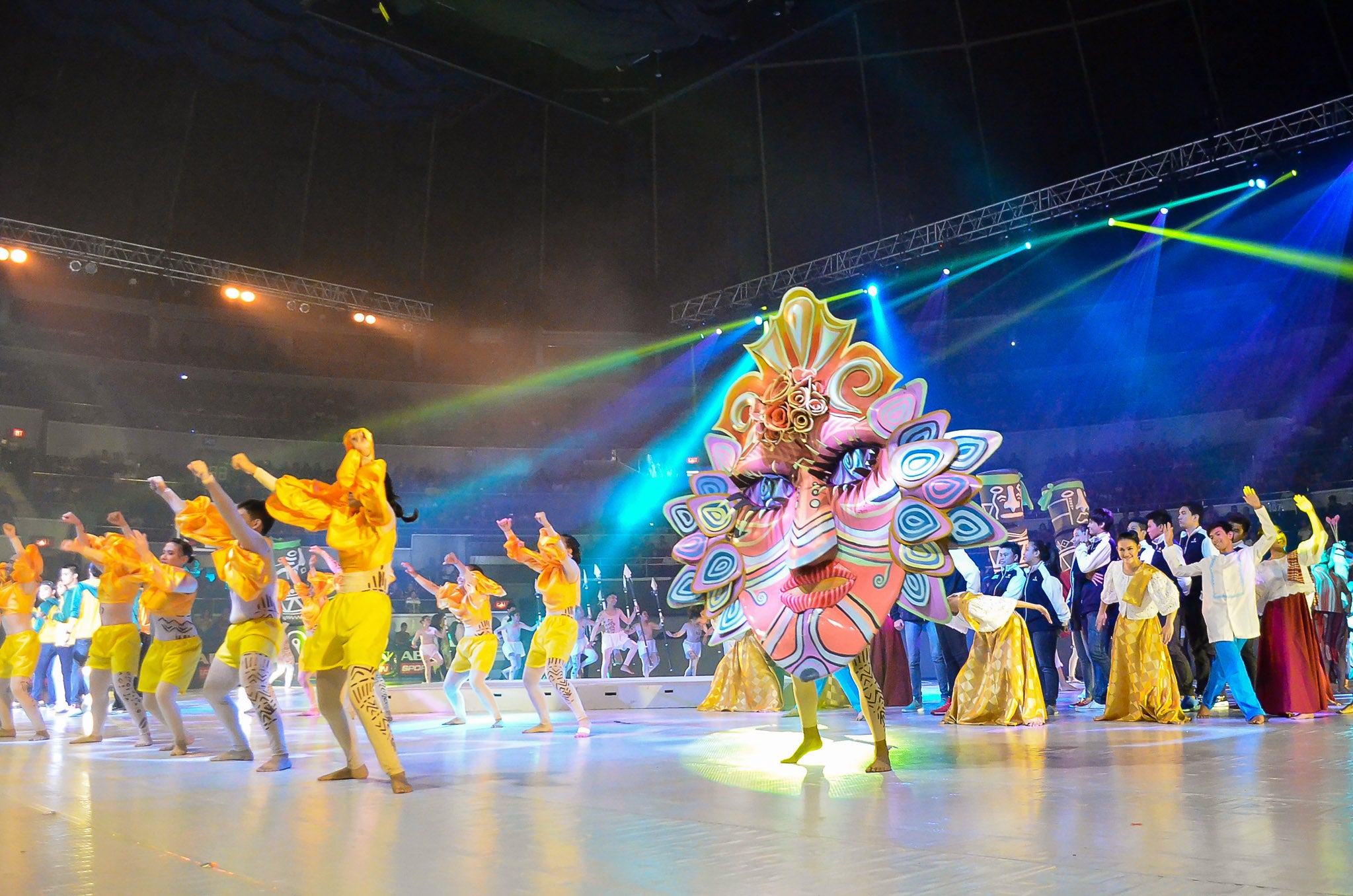 UP ALWAYS know how to make a grand opening. PHOTOS BY JEOUL MENDOZA

Taking the audience on a history tour like no other, UP showed how the Philippine archipelago was formed through an awe-inspiring performance. This extravagant opening ceremony captured what UAAP is all about: unity.

The opening program, “Arkipelago” was followed by performances of different groups, with UP narrating the story of the formation of the Philippines’ 7,107 islands.

The tale continued with the growth of flora and fauna and the arrival of people tasked to care for nature. These people were represented by the eight schools of the league.

Through dance, UP successfully equated the founding of the UAAP with the formation of our country’s islands.

UP Diliman chancellor and UAAP 78 president Michael Tan formally opened the ceremony, calling on the schools to live this season’s timely theme—stand up and move forward or “Tumitindig, Sumusulong.”

UP president Alfredo Pascual, in his speech, urged the school communities to support student-athletes, while commending these scholars who managed to excel in both academics and athletics.

The ceremony culminated with a parade of athletes from the eight schools representing various sports, and a festive dance celebration by the UP Dance Ensemble.