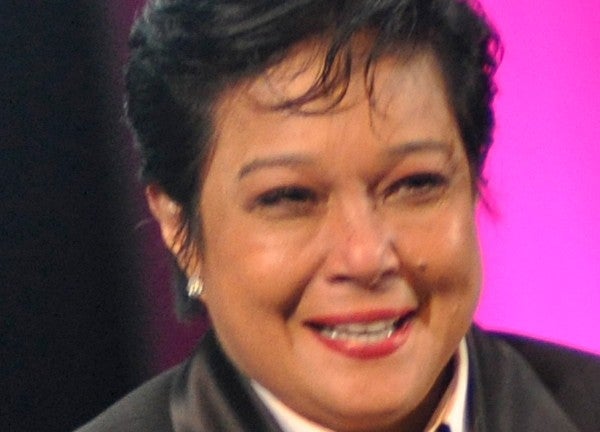 The Gawad CCP Para sa Sining will award eleven individuals and two organizations for their outstanding achievements and contributions to Philippine arts and culture on September 17, 2015, 3:00pm at the Cultural Center of the Philippines’ Tanghalang Nicanor Abelardo (Main Theater). The event is open to the public.

The Gawad CCP Para sa Sining is the highest award given by the CCP. The award will be conferred on Denisa Reyes for Dance; Fides Cuyugan Asensio for Music; Antonio Mabesa for Theater; Roberto Chabet for Visual Arts; Ricardo Lee for Literature; Nora Villamayor a.k.a. Nora Aunor for Film and Broadcast Arts; Paulo Alcazaren for Architecture; Ben Farrales for Design; Leoncio Deriada, Talaandig School of Living Traditions, Armida Siguion-Reyna, and Basilio Esteban Villaruz. The Missionary Society of St. Columban will receive the Tanging Parangal.

Denisa Reyes holds an impressive line of choreographic works that won critical recognition in the international dance scene. Her works focus on Philippine and Asian Contemporary dance and the possibilities of presenting current local issues through dance expressions.

Fides Cuyugan Asensio is an icon in the development of opera and musical theater in the Philippines. She has also realized her nurtured gifts to conceptualize and stage the art and craft of theater in the country. She continues to promote young classical singers through the Music Theater Foundation of the Philippines, the non-profit organization she has established.

Antonio Mabesa is a theater artist and mentor who has involved himself in nearly every field of theater arts. While he is known as one of the country’s premier directors, directing over 130 stage productions, he is also an actor who has worked with the top theater companies and film directors.

Roberto Chabet, the first curator of the Cultural Center of the Philippines, is credited with having introduced conceptual art into the Philippine art scene. He spearheaded the acquisition of notable works of Filipino masters and contemporary artists. He also founded the 13 Artists Exhibit.

Ricardo Lee championed the use of Filipino in fiction since the 1960s and screenplay writing since the 1980s. His numerous books are the embodiment of his creative and imaginative power enriching Philippine Literature and Cinema.
Nora Aunor is a multi-awarded Filipina actress, singer, and producer. She has also topbilled several stage plays, television shows, and concerts, and has received numerous national and international awards and nominations. She is regarded as the “Superstar in Philippine Entertainment Industry”.

Paulo Alcazaren has been contributing works to the field of architecture that are not only aesthetically pleasing but environmentally sensitive as well. Owing to his education of architecture and landscape architecture at the University of the Philippines, his works and that of his company, Paulo G. Alcazaren and Associates (PGAA), have adeptly integrated verdure in the urban setting.

Ben Farrales took his imagination to the next level and brought indigenous designs and materials into dazzling creations we see today, worn by prominent personalities in elegant balls, society affairs, and fashion shows. His patterns are based on the Muslim culture, taking the malong fashion in other parts of the world like Canada, Los Angeles, and New York through an exhibit called “Maranaw.”

Leoncio Deriada has won all the prestigious literary awards including the Palanca Hall of Fame for his works in English, Filipino and Hiligaynon. His most important contribution is his having encouraged and trained young writers in West Visayas and produced prize winners for writing in Hiligaynon, Kinaray-a and Aklanon besides English and Filipino.

The Talaandig School of Living Tradition is a haven for pre-school children who learn reading, writing and arithmetic alongside traditional Talaandig values and mythologies, dance techniques, and music. The knowledge on the Talaandig people including their roots and identity are disseminated in the form of entertainment such as storytelling, chanting, music and instrument playing.

Armida Siguion-Reyna’s contribution to both the musical theater and the film industry is far reaching. In the field of musical theater, the television program “Aawitan Kita” for which she has produced, hosted and sang was aired for three decades. Her outstanding contribution to the arts is underscored by the awards she has received from different award-giving bodies.

Basilio Esteban Villaruz holds the distinction of establishing and sustaining the 34-year old program at the University of the Philippines College of Music and the UP Dance Company. He is nationally and internationally recognized and respected in the field of dance.

Since their arrival in the Philippines in 1929, the Missionary Society of St. Columbus has been housed in the Malate Church (also known as the Nuestra Señora de los Remedios), and has continued to cater to the Malate area’s ecclesiastical needs. They have gone beyond their spiritual service to the congregation by also taking care of the church that they have called home.

The Gawad CCP Para sa Sining, which is given every three years, is awarded to artists or groups of artists who have consistently produced outstanding works, enriched the development of their art form.

The award is also given to cultural workers, who through their works in research, curatorship and administration, have helped to develop and enrich Philippine art.

The Tanging Parangal is given to individuals or organizations to honor their outstanding contributions to the development of the arts in the country.