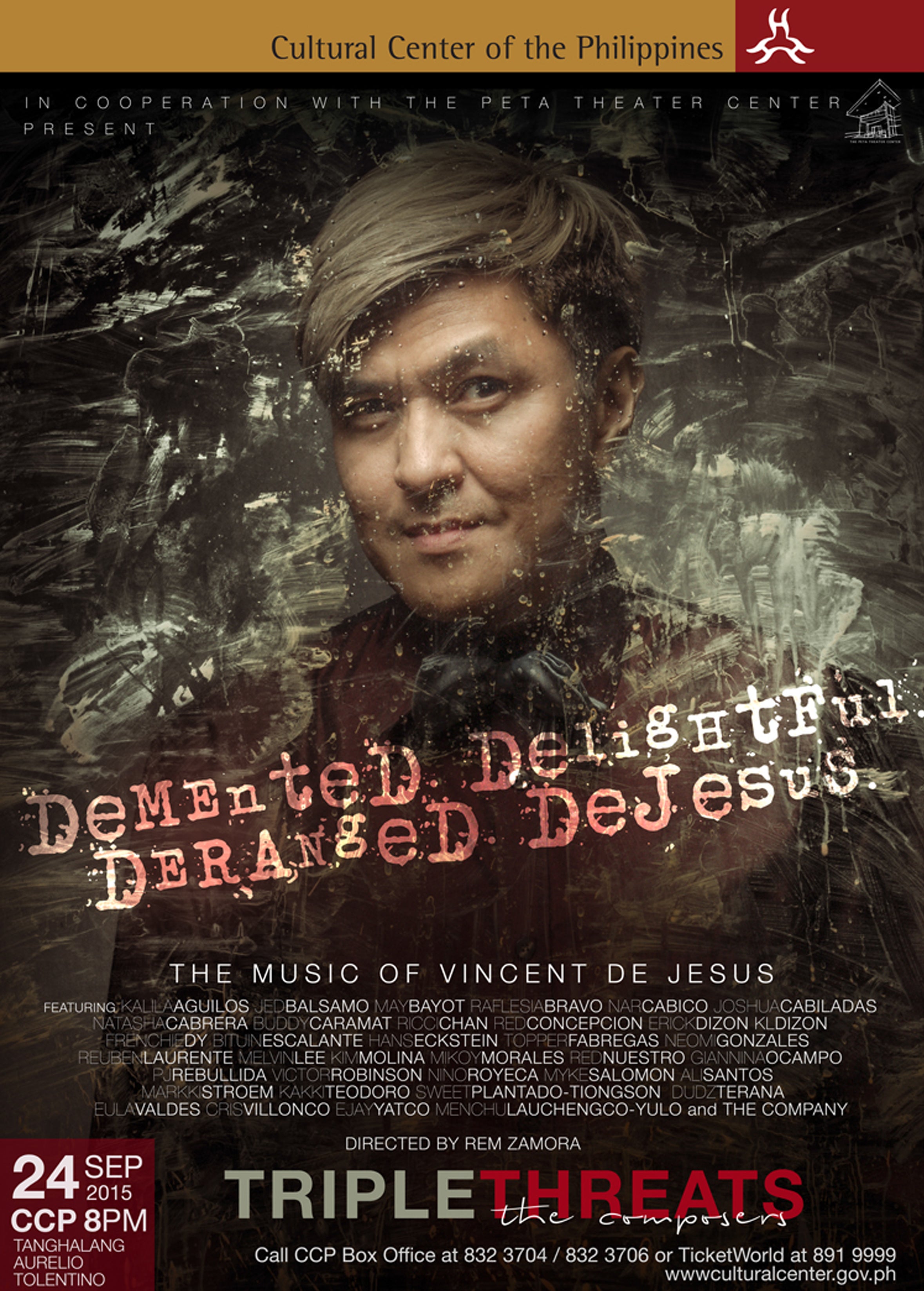 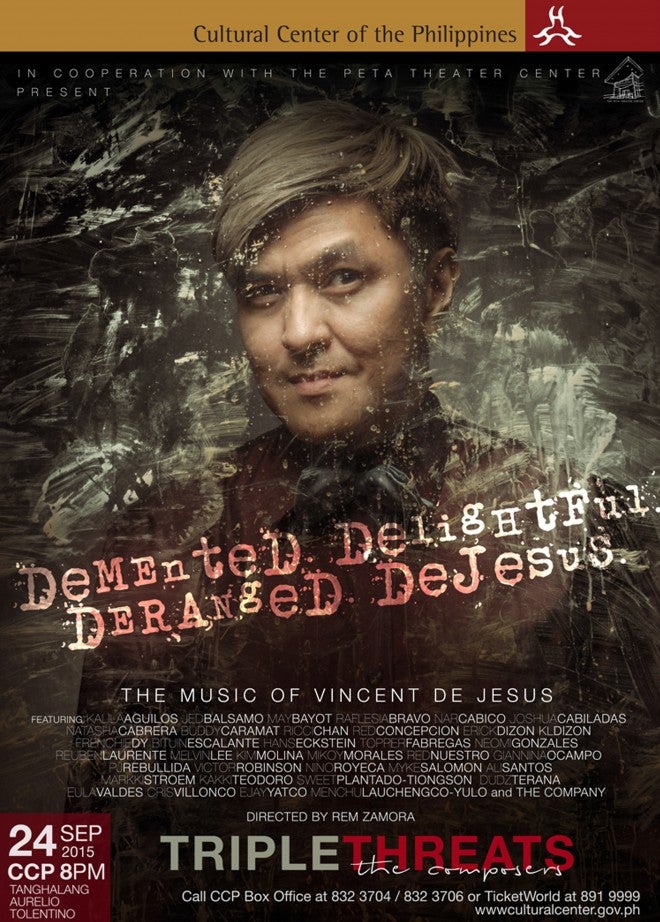 Multi-awarded lyricist-composer-musical director Vincent De Jesus is the second featured artist in “Triple Threats: The Composers” on September 24, 2015 at the Cultural Center of the Philippines’ Tanghalang Aurelio Tolentino (CCP Little Theater) at 8:00pm.

Billed as “Demented. Delightful. Deranged. De Jesus.”, the event is an intimate concert featuring the dark, melancholic and whimsical music of Vincent De Jesus. Highlights of the show are songs from his 32-year career in theater, television and film to be performed by some of today’s finest theater actors/singers.

Critics rave Vincent De Jesus for his music and lyrics which “paint the poetry of passion and the prose of persistence, carve the pangs of unreciprocated pining, engrave the dangers of desire for power, and sanctify ordinary lives,” for “churning out world-class material” wherein “a long-running original Pilipino musical would no longer be the stuff of fantasy.”

Others praise his every lyric which has an emotional resonance that affects, moves, making the heart remember personal experiences, and his music which “is something that music majors would want to write a thesis someday.”

“Triple Threats: The Composers” is presented by the Cultural Center of the Philippines. Individual concert tickets are Php1200, Php1000 and Php800.