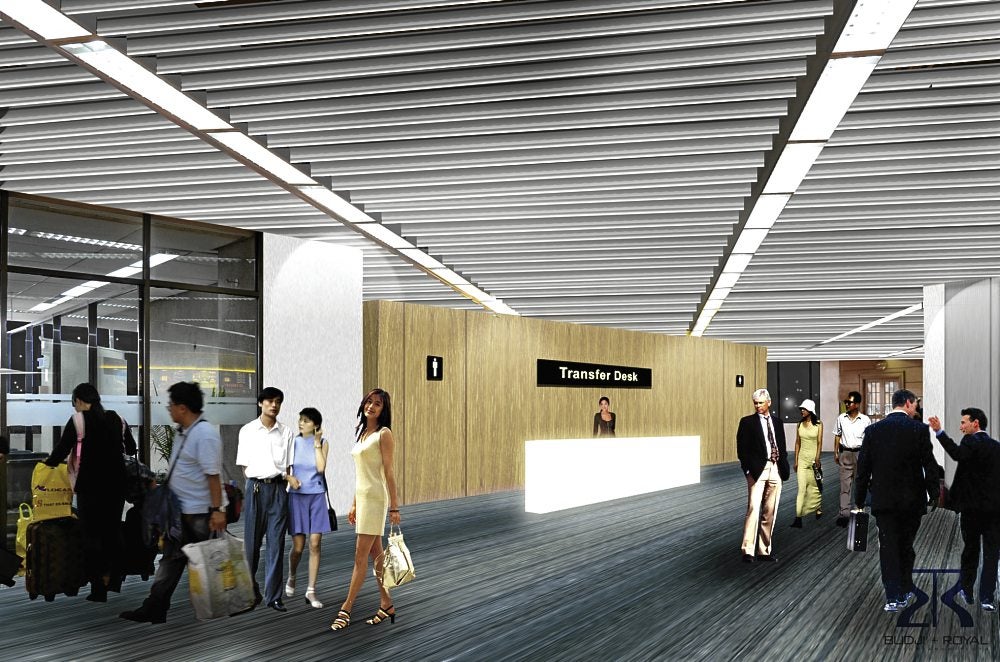 Budji Layug, Royal Pineda and Kenneth Cobonpue are teaming up to give the Ninoy Aquino International Airport Terminal 1 a facelift.

The proposed rehabilitation—still a proposal to be approved by the Aquino government—will transform the 30-year-old Ninoy Aquino International Airport into a boutique airport, boutique not so much for its modest size as  for its distinct atmosphere of civility and expedience.

The proposal calls for refurbishing the facilities, decongesting, developing a park and enhancing the retail environment. It also calls for Naia to work equally hard on the software, the service.

Months before the Naia Terminal 1 was tagged as the World’s Worst Airport, officials of the National Competitiveness Program had invited design icon Budji Layug, architect Royal Pineda and Cebuano designer who gained world fame, Kenneth Cobonpue, to suggest ways on the facelift. The effort was part of a wider effort to improve “Philippine branding.”

The airport and the Roxas Boulevard strip need the most attention since they give the initial impression of the country.

Pineda, an architect, said Naia’s architects and engineers have already begun with the renovations. They are trying to align the changes with the master layout of Budji Layug + Royal Pineda Architecture, Planning, Interior Design.

Cobonpue said he will be more active in the interiors and in the renovation of the Cebu International Airport.

The 67,000-sq-m Naia 1 has a design capacity of 4.5 million passengers a year. Last year it was already serving way beyond its capacity—some 7.3 million people.

Pineda said the renovation of the structure is limited.

“It can’t be expanded nor can it accommodate extra load,” he said. “We will create a boutique airport. With a small terminal, we can show efficiency and hospitality.”

Pineda said function will be main priority. “It’s not just about adding toilets and rectifying the look, but also verifying the structural integrity of the building.”

“Since Terminal 1 is limited

in space, we have to create a feeling of openness, ” said Pineda. The banks that block the exit to the lobby will be relocated.

The arrival area will be surrounded by glass where passengers can see all the way to the lobby and beyond.”

We will open up the wall that separates the Customs from the luggage area. From there, one can see the garden, said Layug.

“More natural light will come in,” said Pineda. While waiting for the luggage by the carousel, passengers can view a changing art exhibit that shows Filipino talent.

There are also plans to make the waiting lounge more pleasant and to add restrooms.

“We’ll make sure they all work (the toilets),” said Pineda with a chuckle.

“Operations should be streamlined,” said Layug. “Right now the duty-free shops and the food stalls are bunched. We plan to segregate the food concessionaires and put them all the way to the back, facing the tarmac. While you’re having coffee in the lounge, you can have a view. The duty-free shops will be at the center.”

The team also recommended improving the operations, such as incorporating the terminal fee in the ticket instead of letting them queue up. Only those with exit cle 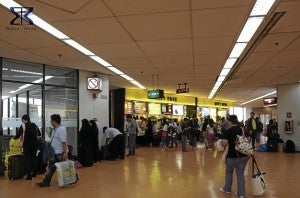 arances exempting them from travel tax terminal fees, should queue in the counters. “Let majority of the passengers enjoy the smooth flow in the airport,” said Pineda.

The architect underscores that while foreign experts can provide technical assistance, Filipino designers can adapt the design to the culture. Hence, an important feature addresses the need for an arrival extension for families and friends sending off or welcoming the passengers.

Layug describes the style as Tropical Moderne, with tent-like waiting sheds for greeters surrounded by foliage and restaurants.

The concrete open parking lot in Terminal 1 will be transformed into a three-story parking space and a lush landscape lined with select food outlets. The proposed park will showcase not only the best of Filipino dining brands but also a changing exhibit of artworks. A canopied walkway will lead to the greeters and well-wishers’ lounge.

“Greeters can wait in the restaurants and enjoy the garden,” said Pineda. “The idea is to transform that idle lot into an income-generating space.”

On decongesting the traffic, Pineda explained, “We are avoiding the overlapping of people and cars. Right now if you are going to the parking lot or the greeters’ shed you have to cross the road and go down that ugly ramp. There will be a conveyor that will bring you to the greeters’ area. The idea is to be welcomed by a tropical environment so tourists can embrace the culture.” 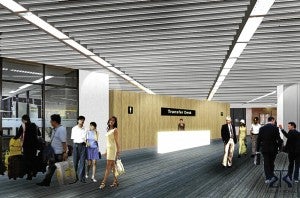 The interior renovation will cost P450 million while the park development will fetch P500 million.

“The proposed P1-billion budget will help build a new image of the Philippines,” said Pineda. “It’s not that expensive to provide more convenience. We did not create anything critical in the operations. It’s the most practical plan that can be delivered in a year.”

The three planners are working on this project pro bono. Layug and Cobonpue hastened to point out that the budget—though low-cost—still has to be approved by the government.