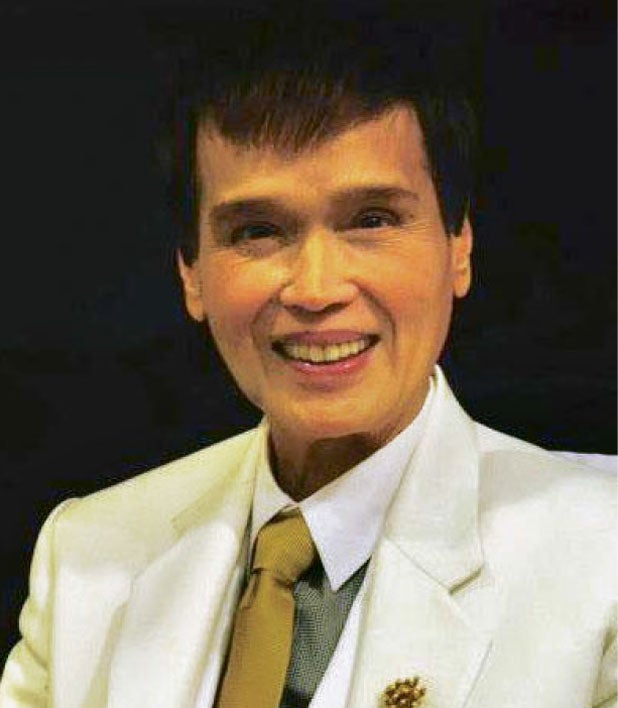 George Sison is his inimitable self in his book launch

IRREVERENTLY enough, Inquirer Lifestyle columnist George Sison chose to celebrate his natal day by launching his latest book, the title of which proved to be a scandal to many of his guests from high society.

“From the invitations alone, saying ‘You Are God as You,’ there were people who probably got shocked and didn’t confirm or choose to come,” said a bemused Sison. It was an eye-opener for him on how well he thought he knew his friends; but not entirely. After all, this maverick writer had long been raising eyebrows during his days as the Conde de Makati—the Marcos-era “Gossip Girl” character that captivated the country’s chi-chi set.

Sison acknowledged though that it was probably the first time majority of his socialite friends discovered what else keeps him busy aside from attending cocktail parties and venturing into the occasional creative pursuit, and so he expected to stir some sort of hornet’s nest.

But if the attendance at his White Space party was any indication, Sison is not left wanting of true and loving friends who support him for who he is, and for everything he has always stood for and believed in.

Indeed, the event virtually served as a “coming out” for Sison as the preeminent proponent of New Thought movement in the Philippines. “You Are God as You” is a compilation of the spiritual teachings in his weekly Inquirer column, “And So It Is.”

Sison has been lending his valuable time leading and meeting fellow New Thought followers at the Temple of Prayer, Peace and Prosperity (Toppp), an organization he founded back in 1983.

“The ‘temple’ we speak of is no more than the space between the two sides of your head,” explained Sison when he took the mic at the party.

New Thought is more popularly known in the United States as a belief system called Practical Christianity. For Sison, it simply pertains to the pursuit of happiness.

“I am the happiest person in the world,” he told Boy Abunda in the latter’s late-night TV show, “The Bottomline.”

“All that I wish to teach is how people can be happy. It all starts with positivity in our thoughts, our feelings and our actions. What we sow, so shall we reap,” Sison said.

The key principle to New Thought is an awareness and acceptance that God is within each human being. “It is a shock to many,” he explained. “We are all made in the image and likeness of God. Whereas, God has been portrayed by religion as a force outside of us. Someone to be revered and to be feared. Once you accept the power of God within you, you can create infinite good in your life.”

At the event, part of the proceedings was an ingenious performance art project where guests faced a video camera and were asked to recite an affirmation after stating one’s name: “I am God as me, and I love it!”

The resulting video was looped and played on large LED screens in front and at the back of the party space.

Sison reported that even some of those already present declined to participate in the performance, but politely.

Naturally, Sison enlisted Barretto’s ever-dependable and delectable Via Mare for the night’s cocktail and dinner fare.

Interestingly, Sison has a lot of friends in the medical field. If a doctor was ever called for in the house, any of the following gentlemen would have risen to the occasion-Beaver Tamesis, Randy Francisco, Boy Vazquez and George Sarakinis.

Sison’s multifaceted life played out onscreen in a special video compilation of his various creative endeavors—as a painter-poet; as a well-known TV personality with the late great Elvira Manahan; as a musical composer for Pilita Corrales and The Platters; and as a movie producer for Ishmael Bernal’s classic “Pagdating sa Dulo.”

Laughter never runs out in a George Sison gathering. “I am a frustrated stand-up comedian,” he warned as he dished out some jokes. The crowd squealed when the video retrospective flashed a rare fashion editorial of Sison in his birthday suit, straddling a tiny wrought-iron garden chair strategically concealing his privates. “Many people stopped their subscription to this popular family-oriented magazine considered by many to be wholesome after that photo came out,” he exclaimed.

Above all, everybody was amazed at Sison’s eternal youthfulness and tireless energy despite the many physical transformations portrayed in his photographs over the years. People wanted to be let in on the secret, and he simply ascribed it to the presence of God within him—then, everyone somehow came to accept even the slightest glint of truth in such a seemingly outrageous statement.