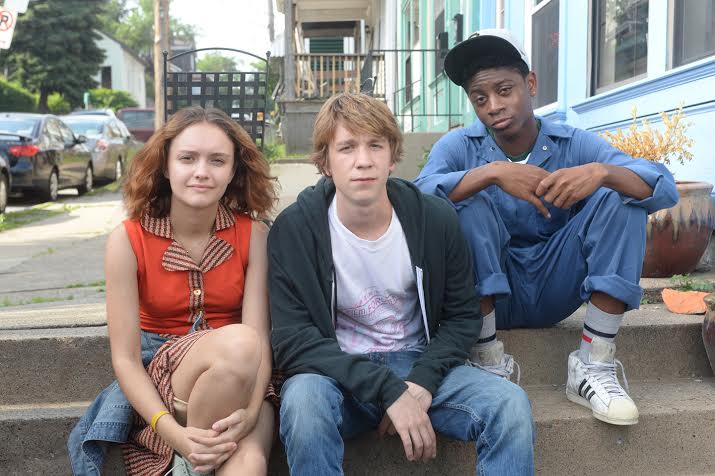 A HIGH SCHOOL senior who is trying to avoid deeper relationships as a survival strategy to get through his teenage life, slowly discovers the true bonds of friendship when he gets close to a cancer-stricken girl.

Winner of the Grand Jury Prize and the Audience Award at the 2015 Sundance Film Festival, “Me and Earl and the Dying Girl” is the uniquely funny, moving story of a teenage named Greg (played by Thomas Mann) who spends his time making short film parodies of classic movies with his constant companion Earl (RJ Cyler). But Greg’s life takes a different course his mom (Connie Britton) insists he spend time with Rachel (Olivia Cooke), a girl in his class who has just been diagnosed with cancer.

Directed by Alfonso Gomez-Rejon, the film is based on young adult novel of the same name by Jesse Andrews, who also wrote the script.

While some of the details of the story come from Andrews’ own experience, the writer says it is most certainly not autobiographical.

“You might say I was kind of Greg—like in high school,” Andrews said. “My goal was to get along with all kinds of people. I was in the band, I was on the swim team, which gave me a jock connection, but doesn’t have nearly as much cachet as the football team. You’re shivering in your underwear in front of absolutely no one, since no one ever goes to a swim meet.”

Not about first love

For Mann, who played the lead role in the film, the film’s head-on approach to the complex issues and emotions it tackles is not typical for teen movies.

“This is not about first love or any of the usual things,” Mann said. “It’s about a young man realizing what kind of person he wants to be and having to consider what could happen if you lose someone just as you’re getting to know them.”

“I feel like it’s the best work I’ve ever done and I give most of the credit to Alfonso,” he continues. “He loves actors and he wants to see our personalities shine through. He doesn’t overload you with things to think about during a scene. And Jesse Andrews did such a fantastic job of writing the script. It’s all there.”

“Me and Earl and the Dying Girl” opens Sept. 16. It is from 20th Century Fox, to be distributed by Warner Bros.