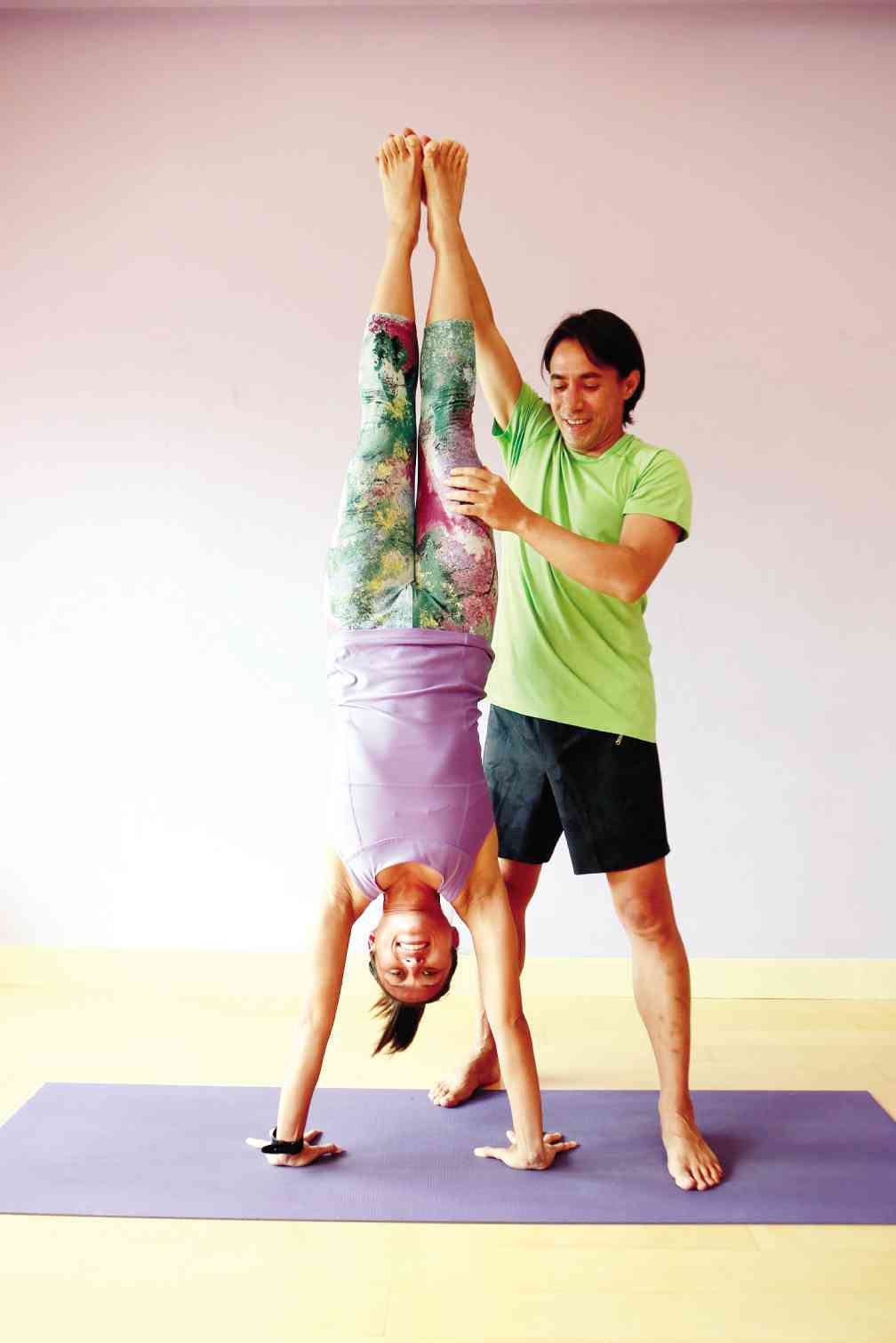 “I WANT to help humanity and to help myself,” says Finnish-Filipino Lasse Holopainen, who teaches “pranayama” or energy through breath extension and beginner-friendly yoga classes for the urban warrior and the exercise-shy.

Weary of the pressures of government service, Finnish-Filipino executive and technocrat Lasse Holopainen closed his eyes, took a deep breath, quite literally, and saw the light. He now spends much of his time on his mat and at Urban Ashram Yoga studios, which he and his fellow teachers own and where he thrives as a founding teacher.

“I want to help humanity and to help myself,” says Holopainen, who teaches pranayama or energy through breath extension and the Flexibility Not Required (FNR) beginner-friendly yoga classes.

Holopainen grew up in Cebu and graduated from the business management honors program from Ateneo de Manila and acquired an MBA from INSEAD France.

When he was only in his 30s, he became assistant secretary for the Department of Energy.

After years of being desk bound, Holopainen incurred debilitating back problems that couldn’t be fully remedied by chiropractic medicine and physical therapy. His wife, Maricar, enrolled him in a hatha yoga class, which gradually healed his lower back spasms and decompressed the pinched nerves in his spine.

The idealistic Holopainen quit his post in 2009 and enrolled in an intensive yoga teacher training course—his route to a balanced life.

In addition to Urban Ashram Yoga, he has since set up businesses with an advocacy for conservation such as Easy Adventure, an eco-friendly resort in Baragay Reserva, Baler, Aurora, and Easy Energy International, an alternative energy and micro turbine distribution company.

Together with friends, the Holopainens set up Urban Ashram Yoga to attract a wider population that deals with the pressures of city life and aspires to deal with it in a healthy way. “We teach people about their anatomy and their self-potential. When they learn how to remove the blockages on the body, the limitations that age puts on us and limitations set by gravity, then the other stuff start falling in line.”

FNR teaches basic poses that improve posture and loosen up the back and tight hips for those slouched in front of the computer.  FNR classes respect the individuals’ body type and encourage him or her to work out according to one’s capacity, says Holopainen. With the help of props such as blocks and straps, exercises are modified for beginners who may not be able to do the full poses.

“When they come out of class, our students glow. The mind has been reset and the body is just a tool to assist it,” says Holopainen.