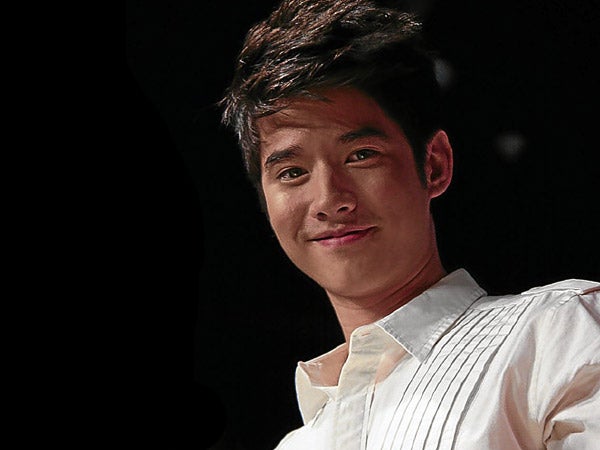 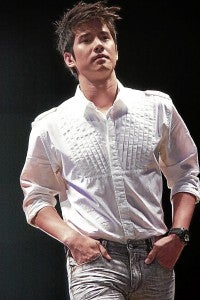 There are a few things that I discovered about Mario Maurer the day I first saw him.

One, he can’t dance but he’ll do his best to please his fans. Two, he makes a stand on what he believes is right. Three, he’s got such a loyal following that his fans would lie their way through muscled security personnel to get to him.

Jacquiline Dy, 16, is one of those fans. She faked an ID to get inside the VIP-section-slash-mosh-pit at the Penshoppe FanCon in PICC last Friday. She was able to complete Penshoppe’s promo of buying P5,000 worth of products from the store but she didn’t make it to the top 100 list.

It was a good thing that her friend, Queenie Blanche Villar, 16, knows someone on the list who couldn’t make it.

“We had the ID laminated this morning. I placed my picture over the owner’s photo. We were so nervous that we might get caught,” Jacquiline says sheepishly. 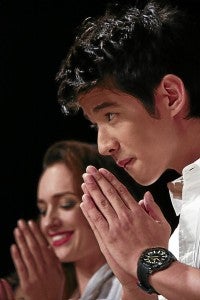 Their efforts would be worth it, because as soon as the company’s newest endorser made his entrance, he made it a point to accommodate as many of the fans as possible. He posed for them in his gray Penshoppe jacket, shirt and jeans. He shook the hands of those he could reach. He even replied “I love you, too” to those who confessed love for him.

“Is that for me?” he asked one group of fans in the corner who carried a huge tarpaulin with his name and face on it. “Well, if that’s for me, I have to take that home.”

The owners of the said banner looked like they were going to faint with excitement. When host VJ Utt asked one of the fans to show the 22-year-old Thai star how to “Dougie,” Mario asked that fan to come onstage. He made awkward attempts to do the dance move, but they were met with ear-splitting shrieks of delight. It’s hard not to like someone who doesn’t take himself seriously.

“Filipino fans are so nice and cute. Thais are used to seeing me on the street, while the Filipino fans, I only get to interact with on Twitter,” he says.

His fans were composed of teenage girls and gays. He seemed comfortable with both. When 10 lucky fans were asked to come up to have their photos taken with him, he hugged them all without exception.

During the press conference, one playful member of the press flirted with him openly. Whenever he would answer questions on the five things he would notice in a girl, the reporter would pipe in to tell him that he had nice “face, hair, eyes and even hips.”

“But you’re wearing jeans today. I can’t see if you have nice legs. Too bad,” he answers with a smile. Mario’s breakthrough role is “The Love of Siam,” where he played a gay character.

He made it clear, however, that he’s 100-percent straight but he’s got only nice words for the gay community.

“I know many gay persons and they’re all very nice. It is not wrong to be gay. There are many gay people who make a lot of good things in this world, like movies. I know a lot of people I respect who are gay, too. I meet them every day. My hair stylist and my makeup artist are gay and it’s okay,” he says.

He says that he tried out for his role in “The Love of Siam” because he thought it was an opportunity to earn money. At the time, all he wanted to do was be on his skateboard. 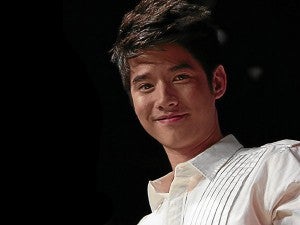 Nowadays, he spends his spare time tinkering with his two Volkswagens.

He showed that he’s as gracious as Shone, the teeny-bopper protagonist in “First love (A little thing called love),” in the 15 minutes the press spent with him. He always stood up to shake the hands of all those who asked him questions. He pleaded to stay a little longer to accommodate photo requests despite a strict security escort who did his best to whisk him out of the room as fast as possible.

However, he says that he’s not like Shone when it comes to love. He says he will never wait for any girl for nine years. That would be too long.

“I did something for my girlfriend on her birthday. I gave her a big balloon and we had steak. For dessert, the waiters came out with a cake for her,” he says.

With that, Mario Maurer just established his own brand of sweetness.