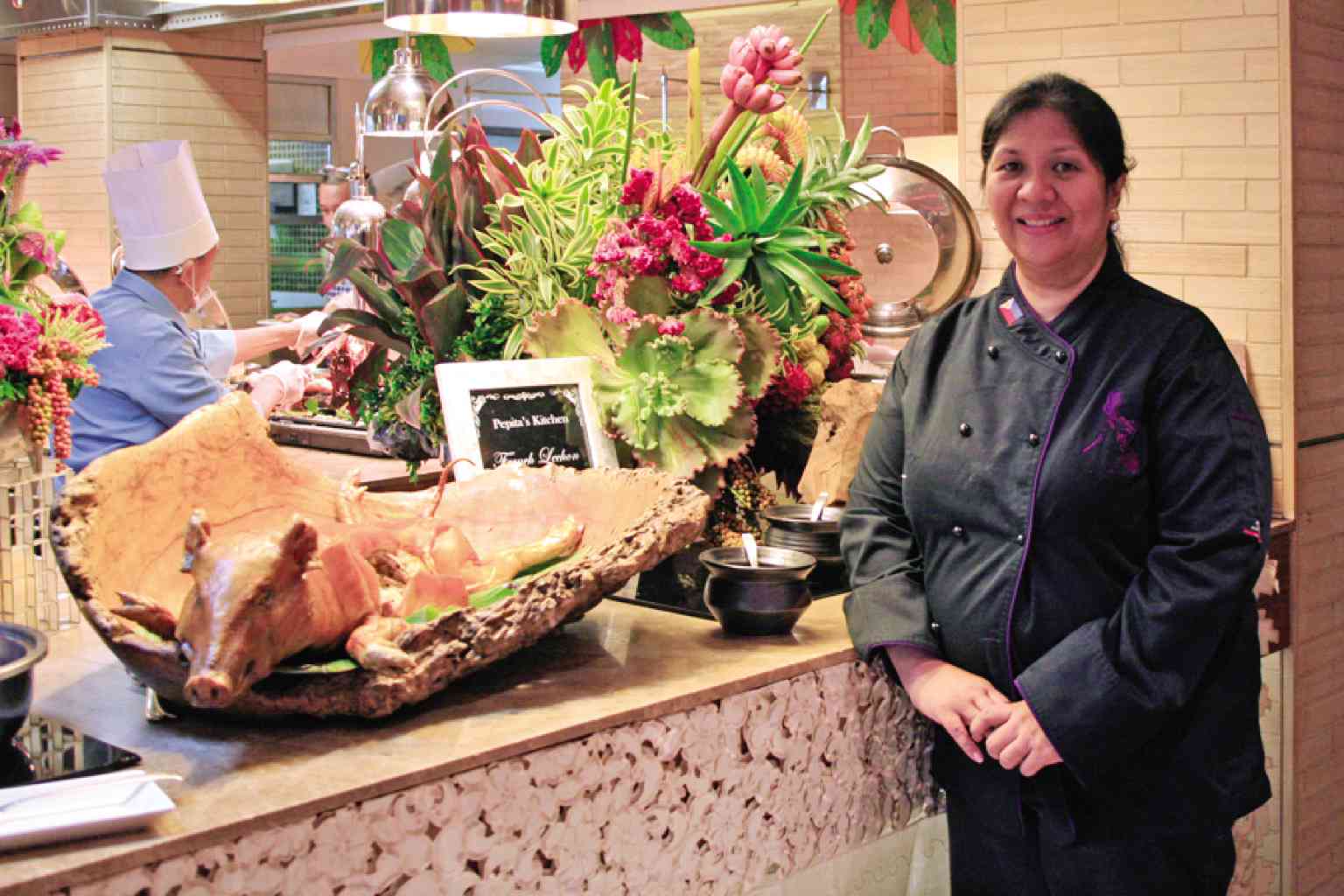 IN 2008, American celebrity chef Anthony Bourdain hailed Cebu lechon as “the best pig ever.” In recent years, Filipino chef Dedet de la Fuente has been satisfying the curiosity of people abroad on what makes her own take on roasted suckling pig stand out.

In 2014, New Yorkers had the chance to sample Dedet’s degustacion when she staged a mini version of her famous menu in Amy Besa and Romy Dorotan’s pan-Asian restaurant Purple Yam in Brooklyn.

Seats for the one-night-only dinner sold out. Served were shrimps draped with salted egg sauce; Super Suman, a celebration of Filipino delicacies; and a special lechon stuffed to the brim with creamy risoni and Portobello mushrooms.

Dedet received a similarly warm reception when she served her lechon de leche at the World Street Food Congress in Singapore last April. Guests braved the heat and queued for two hours.

They thanked Dedet for bringing her lechon with truffle rice to the event. Among them was Claus Meyer, co-founder of the highly regarded Noma restaurant.

Dedet’s private dining business, Pepita’s Kitchen, has come a long way. Its specialty, stuffed lechon, started as a dish to satisfy her own craving.

“I have always wanted to learn to cook it for my family and friends,” she says. “After attending a cooking class of Reggie Aspiras, I thought of stuffing the lechon with my favorite binagoongan rice. I hit two birds with one stone, two of my most favorite dishes in one.”

Soon she was inviting friends to try the dish in her home. She would deck out her long dining table with an assortment of appetizers and entrees before bringing out the roast pig and carving it on the table.

It was an experience that friends saw as a bright opportunity; they encouraged her to take it a step further. In 2013, the lechon degustacion by Pepita’s Kitchen was born.

Much has been written and said about Dedet’s creations since. For instance, her innovative Mango Trifle—layers of mango mousse, cream, otap, broas and rosquillos, topped with leche flan and fresh mango chunks—has landed the Inquirer Lifestyle’s Best Desserts by Vangie Baga-Reyes.

Last year, Dedet’s truffle rice-stuffed lechon de leche was proclaimed the “Tastiest Dish in Asia” by Chowzter, a website that highlights outstanding local food from around the world.

“I am and have always been nationalistic,” she says. “It’s a trait I got from my parents. But I never thought one could feel nationalistic about Philippine food. Until the Pepita’s lechon de leche won… And I’m proud to have been able to contribute a small part in it.”

Dedet has been trying to make her dishes accessible to more people.

She is the guest cook at Café Ilang Ilang at Manila Hotel.

“People are loving my Pancit Parañaque, my favorite pancit when I was growing up,” she says. “It was served to us in my lolo’s house every time there was a fiesta, padasal, and birthday celebration.”

Her Bulacan Lomi, a merienda staple she often had with her dad in his hometown, as well as the Palabok and Adobo Pizza, are also featured, while her award-winning desserts and a good variety of her famous stuffed roast pigs serve as the pièce de résistance.