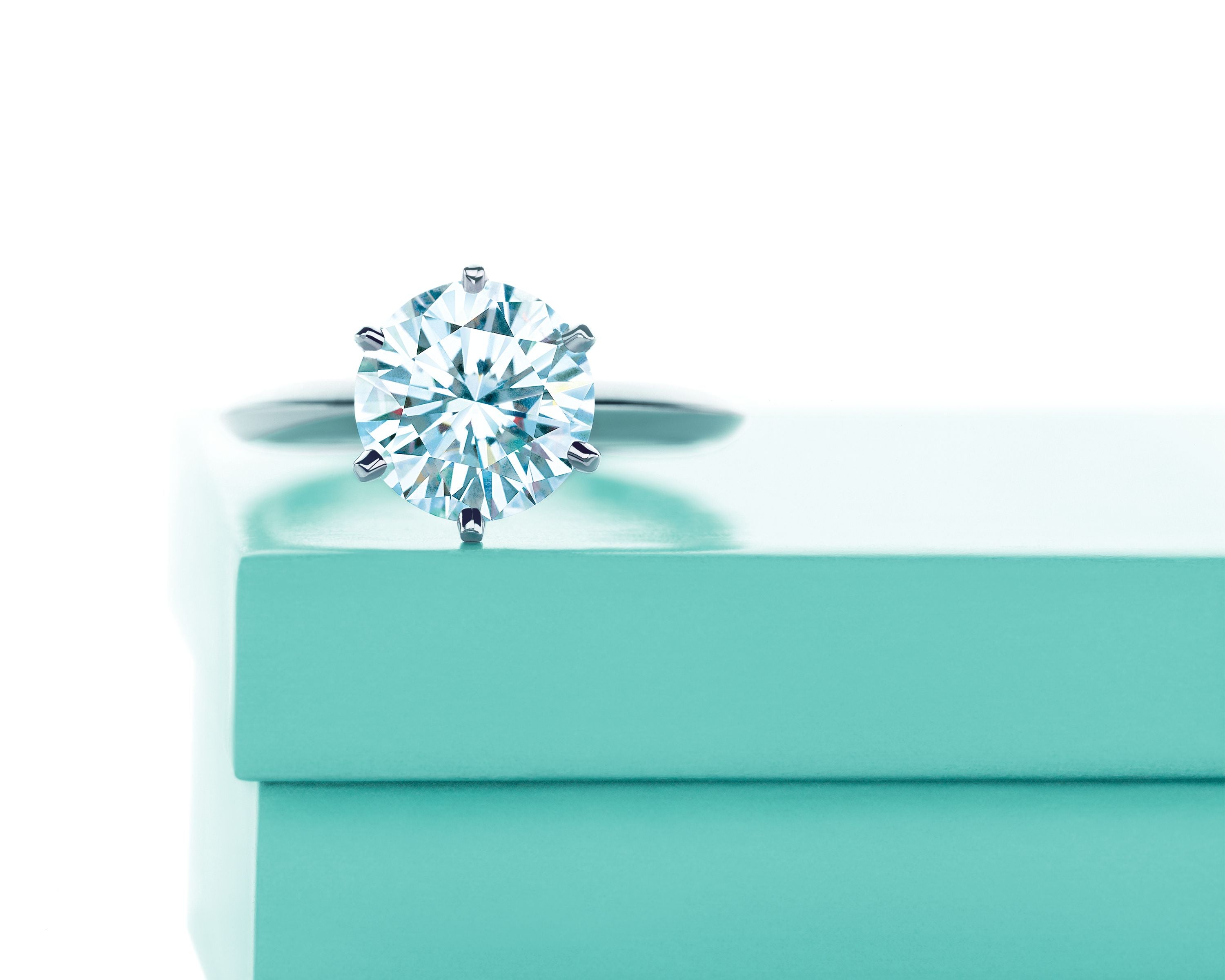 THE SIGNATURE six-prong Tiffany Setting, the most popular and most copied design of engagement ring, atop the iconic Tiffany blue box

Why this blue box makes a woman’s heart beat faster

When you’re planning to propose marriage, consider this before buying the ring: A woman’s heart beats 20 percent faster in excitement when she’s presented with a blue box.

It’s not just any random blue box, but that iconic and patented teal—Pantone 1837—from Tiffany & Co., better known as “Tiffany blue.”

“It’s crazy but it’s true,” said Marc Jacheet, group vice president for Asia Pacific of the jewelry company founded in 1837. “It’s the whole mystique of the brand—the blue box, the white ribbon, and its more than 100 years of history of celebrating love everywhere. It’s emotionally charged.”

The French executive was in Manila last week to unveil the brand’s collection of solitaire diamond engagement rings at Rustan’s Makati, where they’re available exclusively.

Tiffany is the creator of the most popular and most copied design of engagement ring.

Introduced by founder Charles Lewis Tiffany in 1886, the so-called Tiffany Setting was designed both for function and as symbol of the giver’s affection.

“Emotionally, it means ‘I raise my love,’” Jacheet said of the signature round brilliant-cut diamond setting with six prongs that literally raise the gem to highlight its beauty and brilliance.

“Functionally, the six prongs allow the diamond to stand, and for the light to go in. It’s the most brilliant setting.”

Though Tiffany now has a vast selection of diamond setting designs that include fancy colored diamonds and shapes, the timeless look of the Tiffany Setting makes it still the most popular in the world.

While many women may already know this, and they might also already have a dream engagement ring in mind, Jacheet acknowledged that most men are clueless when it comes to choosing the ring.

“You can’t go wrong if your intentions are true,” he said, then quickly added with a laugh, “but I advice you to come to Tiffany’s.”

That’s because, he added, there are “not many places where you can have absolute trust in quality-sourcing, cutting, polishing, quality control, presentation, certificate, life service, life warranty.

“It makes no difference whether you walk away with a 0.2-carat or a 5-carat diamond ring. We care about your love story and the celebration you’re going to have.”

Most men still go the traditional way and surprise their intended, but they still want to be guided, he said. “The last thing you want to do when you’re a man is not to be right but to avoid being wrong.”

However, Jacheet is seeing a new trend among couples, where the man asks his sweetheart to go pick out the ring and he’ll buy it for her. She usually goes ring shopping with her mother or best friend.

There are now also couples who come to the store to pick out the ring together.

“We have customers who take up to three months to choose,” he said. “It’s part of the pleasure. There are no rules. We can adjust if you need more time. Besides the price, it’s probably one of the most important purchases you’ll ever make in your life. Your partner will wear it 40, 50, 60 years. She’ll look at that solitaire diamond ring more times in her lifetime than her kid’s face. She’ll see it all day—it’s the first thing she puts on and the last thing she takes off. It better be the right choice.”

Jacheet, who has lived in Asia the past year, says the era of frippery and ostentation is coming to an end. Even among affluent Asians, there is now more interest in “the substance and history, in meaning and craftsmanship and quality” of luxury products, more so in jewelry.

When it comes to diamonds, for instance, the attention is no longer just the size, but also better clarity and color.

Buying a Tiffany ring, he admitted, may cost a whole lot more than what you would pay in a mom-and-pop jewelry store, which might issue an authenticity certificate but may no longer be in business 10 years down the road.

“Quality has a price,” he said. “Only 0.04 percent of the world’s gem-grade diamonds are eligible to be Tiffany diamonds.”

When cutting a diamond, Tiffany will sacrifice the size to get the most beauty from the stone.

“I always get asked, how many months of salary should I spend? I say, it depends on what the value of this ring is to you,” he said. “We have people spending a year’s salary for that, or taking mortgages for that. We won’t ask you to buy a 2 carat when your budget is for 0.2. That’s nonsense. We’re able to advise what’s reasonable for them.”

“It’s gonna be small but it will be a Tiffany diamond ring,” Jacheet said.

Love in all its forms

In January, Tiffany launched a global campaign for engagement rings called “Will You?” which has been praised for including a same-sex couple.

“It’s not about being bold. That was just one visual out of eight,” he said.

The ad also has a couple who already has a child; an interracial couple; a young woman and an older man.

“We celebrate love in all its forms,” said Jacheet.

“We are the experts in matters of the heart. And the matters of the heart have changed, and sociologically, too… It’s love in all its forms, no matter your gender, age, sexual orientation, time of your life. It’s nothing new. The world changes and, being true to our spirit of bringing joy to the world, it’s normal. It’s just the way things are with us.”