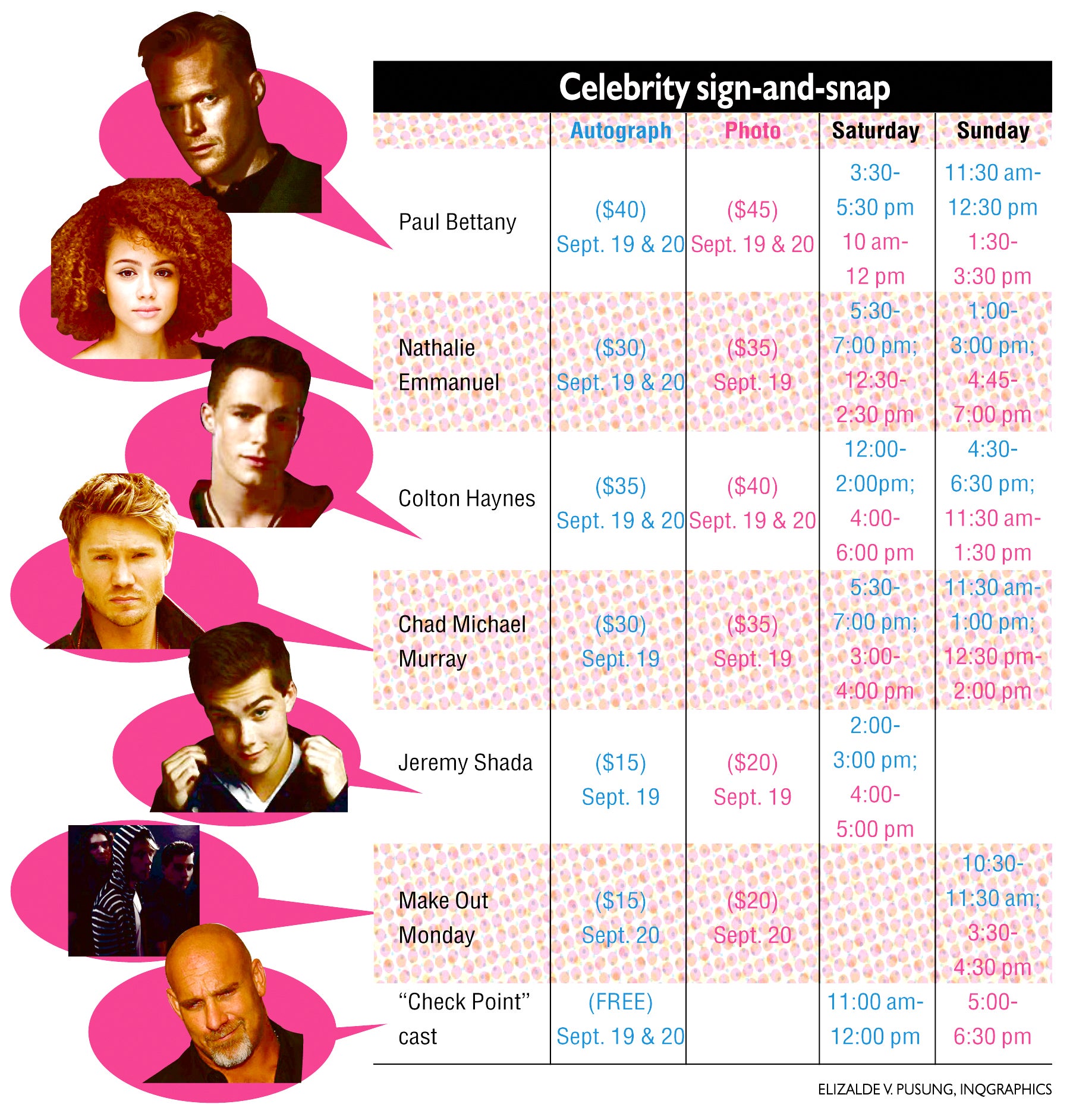 Your Super guide to AsiaPop Comicon

You’ve probably mapped out your itinerary by now, but in case you haven’t, here’s what you shouldn’t miss.

What would be a comic-con be without the stars behind our favorite characters answering questions while dressed as their human alter-egos? These stars will be making an appearance at APCC at the World Trade Center in Pasay City, with a separate autograph/photo session (see table below for schedule and fees):

See Vision in real life! Paul Bettany, the man behind The Avengers: Age of Ultron’s Vision will be at a panel on Saturday, September 19, from 2-3pm. Make sure to come early because there will also be a special exclusive screening (first in Asia) of Captain America: Civil War at 1pm.

Lucas Scott is here, but to those who watch Agent Carter, Chad is known as Agent Jack Thompson. Catch him on Sunday, September 20 from 11am-12nn.

The heartthrob behind Arrow’s Arsenal and Teen Wolf’s Jackson is available at your disposal on Sunday, Sept. 20 from 2-3pm

The GoT slave unshackles herself from her interpreter tasks to hang out with fans at APCC. Catch her panel on Sunday at 4-4:30pm

Meet the mathematical voice behind Adventure Time’s Finn on Sunday at 12:30nn

How to get an autograph and your picture taken with the stars:

There are different schedules and fees for APCC’s headliners. A meet and greet is also possible for APCC’s X-Pass holders. 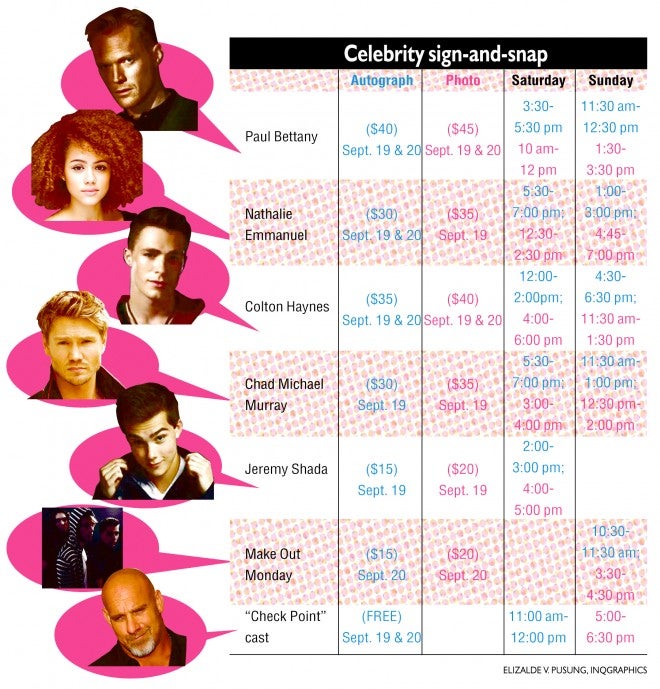 Meet and greet famous cosplayers from around the world, plus the country’s very own. Find out who will win in the grand cosplay challenge and who will take home bragging rights and a huge cash prize (USD10,000).