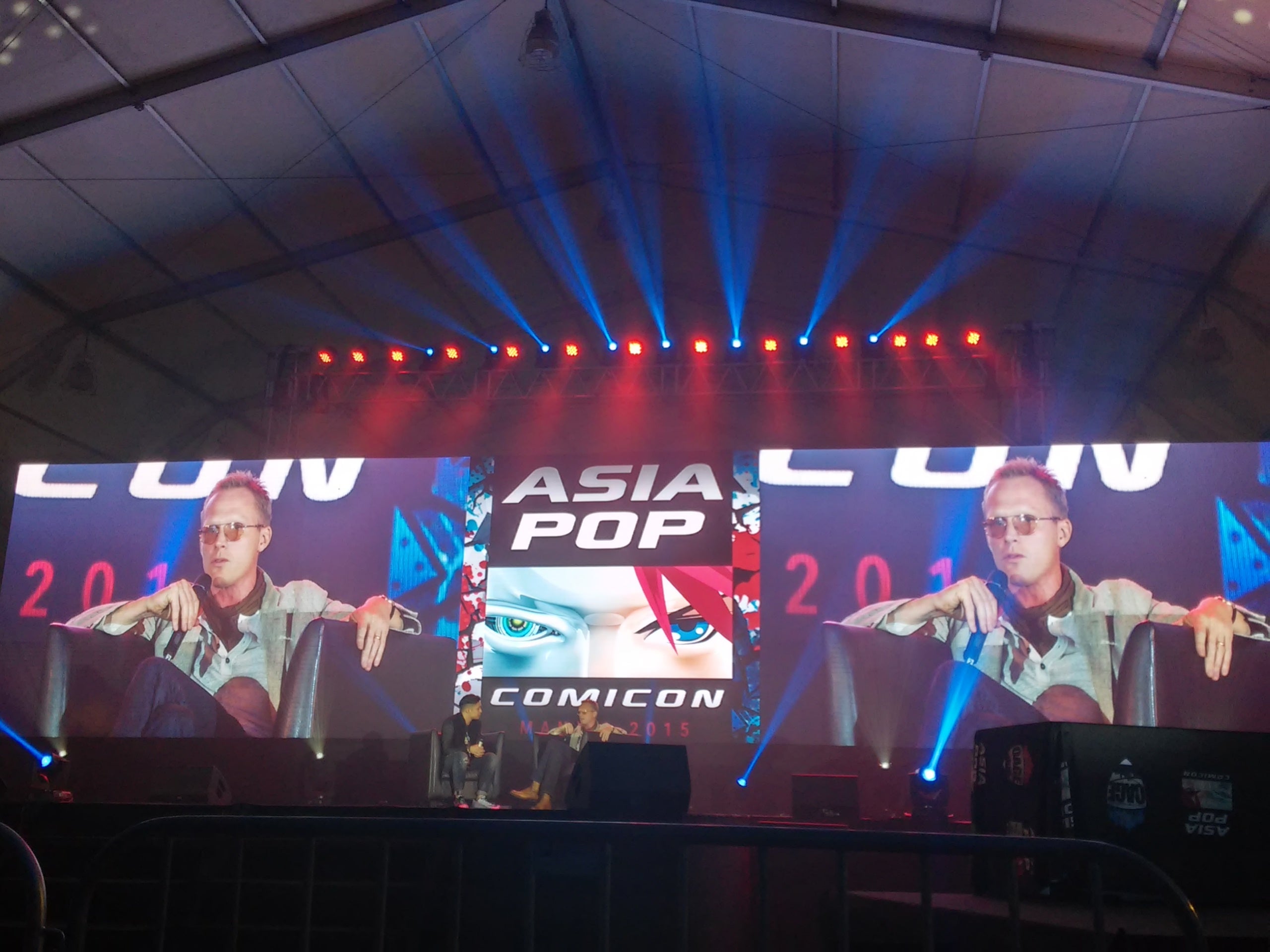 One of the stories shared by the 44-year-old actor, who also lends his voice to J.A.R.V.I.S., or billionaire industrialist Tony Stark’s computerized AI invention, was about the day he got offered the superhero role.

“I was sitting on the sidewalk of Sunset Boulevard, having just come out of a meeting in the building behind me and having been told that my career was over—by a producer,” Bettany said in a tone that mimics dejection.

“My phone rang and I answered, ‘Hello.’ It’s Joss Whedon. He said, ‘Do you wanna be a superhero in the next Avengers movie?’ And I’m like, ‘Yyyesss.’ That’s a true story.”

Bettany has been a commanding presence in such films as “Master and Commander: The Far Side of the World” (2003), for which he received a British Academy nomination for Best Actor in a Supporting Role; “The Da Vinci Code” (2006), where he portrayed Silas, the albino monk; and in last year’s “Transcendence,” opposite Johnny Depp.

Bettany is married to American actress Jennifer Connelly, whom he met while filming 2001’s “A Beautiful Mind.”

In the Marvel universe, Bettany’s The Vision has appeared in the recent film installments “Avengers: Age of Ultron” and “Captain America: Civil War.”

“As an actor, the other part of it (being in a superhero film franchise) is knowing that you have work for [some amount of] time,” he told fans at AsiaPop Comicon.

“It’s the first time in my life I’ve had security of knowing that I’ve got a couple of movies to make in a number of years.”