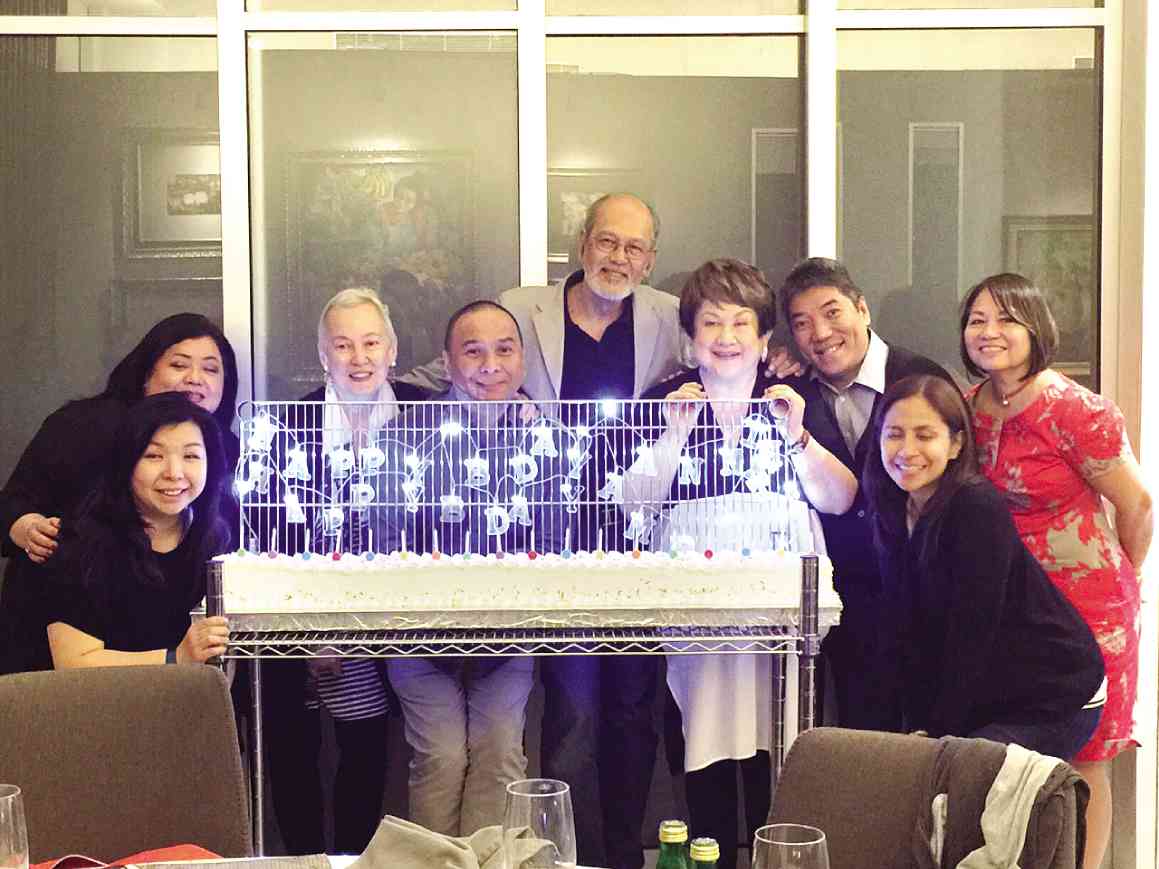 Why Aquino, Binay, Roxas and Poe should watch ‘Heneral Luna’

If there’s one activity Vice President Jejomar Binay, former Interior Secretary Mar Roxas and Sen. Grace Poe—all of whom have expressed their plan to run for President—should have in common between now and the 2016 election, it should be to watch the movie “Heneral Luna.”

President Aquino and the other leaders can do the same.

The movie on how Gen. Antonio Luna led the fight for independence in the Philippine-American War showed the brave yet flawed character of this turn-of-the-century hero.

But more important, it laid bare before us our noble, impassioned yet tragically fractious character as a people. Our energy has been, is and will be dissipated by our urge to destroy each other, our national destiny always left uncertain by such proclivity.

The revolution devours its children, as they say, and that is not unique to us as a country. Countries have their civil wars and political intramurals (the Republican debate on TV was quite a spectacle).

Yet this movie gets to you, not only because it is beautifully made, but also because it is like facing yourself in the mirror, naked, with all your tragic-comic imperfections, and asking yourself why did it have to be so.

It showed how the ilustrado class cornered the fight for freedom—while sifting brandy, in short, within the comforts and restrictions of its class. This is yet another movie that reflects the class dichotomy of Philippine society.

Also, it reminds you how things have changed, and yet they haven’t. The vicious fighting and daily betrayals continue, a people’s destiny shaped and left misshapen by the megalomania of its leaders.

It was historian and columnist Ambeth Ocampo, over his birthday dinner two weeks ago, who drew our interest to this movie. He’d seen it and asked the filmmakers why they had to run the rationale behind the movie at the opening credits.

In Ocampo’s view, there was no need to explain how and why the movie was made that way.

Ocampo also made us curious about Luna’s violent murder—he was hacked and shot about 30 times by soldiers, his own countrymen—a detail which Ocampo himself read about in his research.

We were raised on history textbooks that glossed over such an ugly chapter of Philippine history, so it’s a learning, if not cathartic, experience to watch a movie that dramatizes it, no matter how liberally, and no matter who gets disparaged.

(Ocampo has a way of turning history into a jaw-dropping dinner conversation. For instance, he recalled the account he had read of Bonifacio’s execution—how it was implied that the arresting officer raped the hero’s wife, the heroine of the revolution, Gregoria de Jesus.)

“Heneral Luna” can’t come at a more opportune time. It is the season when the country’s leaders are hacking away at each other—but when don’t they ever?—and when the heels and heroes become interchangeable.

Watch the movie and realize how things haven’t changed much. However, one thing has changed dramatically—our filmmaking. We’ve elevated it to an art that the world must now see.

From its direction (Jerrold Tarog) to the acting and production design,

“Heneral Luna” deserves the applause its audience inevitably gives it at closing credits. You cringe and squirm during the violent scenes, but you come away enriched and informed by the experience.

How can a birthday celebration with more than 3,000 people leave one teary-eyed, in a vast impersonal social hall at that?

It may be hard to believe, but that was precisely how the 75th birthday celebration of Inquirer Group chair Marixi Rufino-Prieto was two weekends ago. It was attended by only close kin and friends, like any personal milestone should be.

But what made it extraordinary was how she chose to spend it at The Sisters of Mary Girlstown, a school for girls who came from the poorest of the poor and have been given a chance at education, at self-empowerment and at a better life.

It’s not known to many, not even after she invited President Aquino to visit this vast school last year, that Mrs. Prieto has had this advocacy for many years now. She’s been supporting the Girlstown in Silang, Cavite, founded by Msgr. Aloysius Schwartz, who died in 1992 and whose beatification is in progress.

Schwartz founded the Sisters of Mary and the Brothers of Christ, two congregations that formed the Girlstown and the Boystown in the Philippines, which have educated tens of thousands of children from poor communities. These congregations have been running similar institutions in Korea, Mexico, Guatemala, Brazil and Honduras.

It’s been apparent how every chance she gets, Mrs. Prieto asks friends and acquaintances to help these children who wouldn’t have a chance at a better life if not for the Sisters of Mary and the Brothers of Christ. The nuns scour the country for children they can put through elementary and high school education.

That Saturday morning, the girls danced a wide range, from the classical to Broadway to K-Pop, and quite well, too.

But the extraordinary moment came when the sparse audience of kin and friends was asked to go up the stage and face the cavernous hall of schoolchildren. Right on cue, the girls—more than 3,000 of them—sang in chorus and executed their hand gestures with a synchronicity that would take your breath away.

The friends and family who gathered, including Mrs. Prieto’s former classmates at Assumption, were noticeably impressed with the performance.

But beyond such skills came the most touching message—the girls were saying thank you to their benefactress of many years.

The sight of these thousands of smiling faces left many teary-eyed, especially the birthday celebrator herself.

To a woman whose life is complete, it is such sincere expression of gratitude, by innocent children, that adds just one more measure of happiness. We saw how it made her day—such unsolicited reward for having shared her life’s blessings.

And how such commitment helps make a difference. Industry tycoon Tessie Sy-Coson, who sat beside us during the performance, put it so succinctly: “This is simply what we need.”