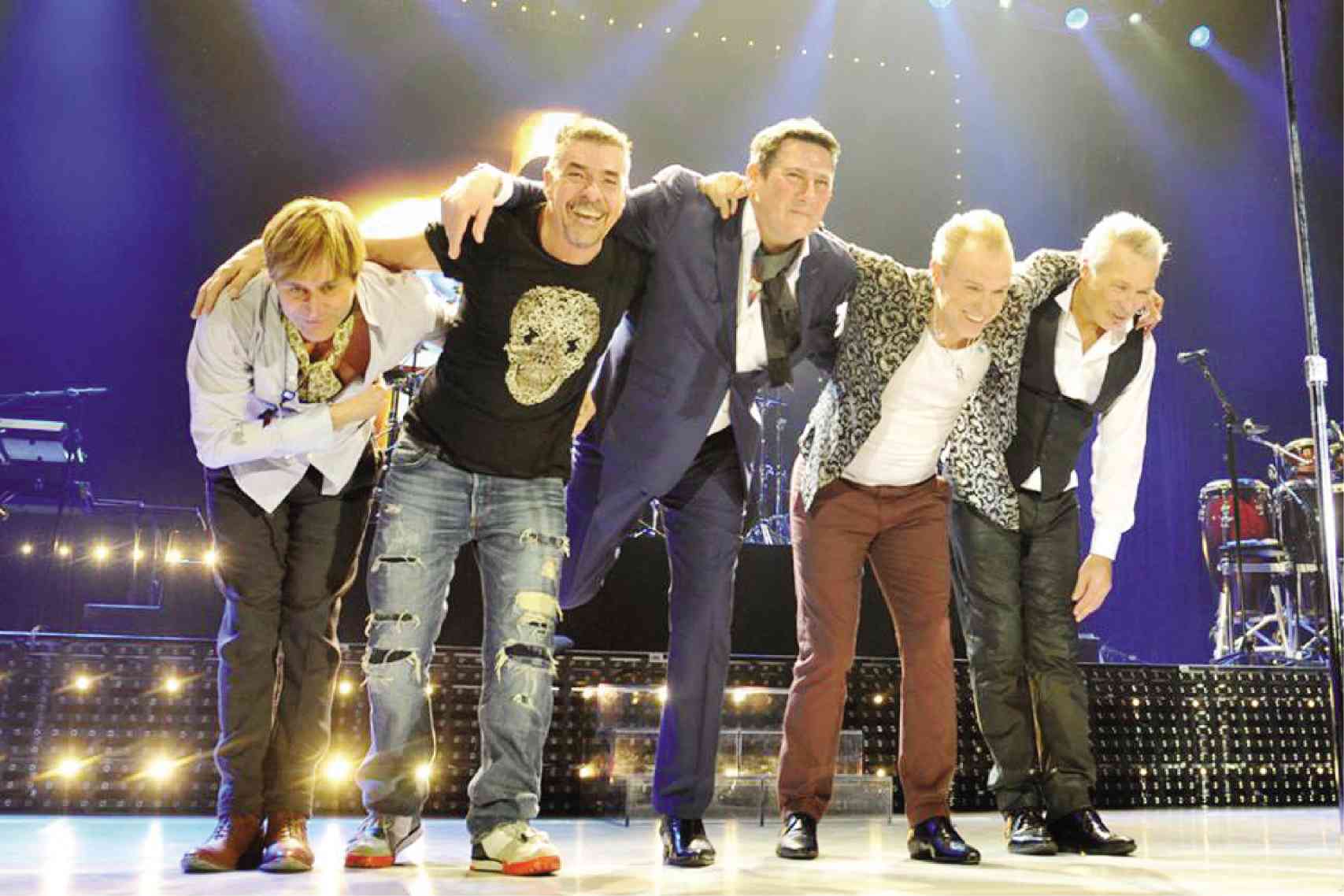 In the mid-1980s, Spandau Ballet was one of the biggest bands in the world. It was so popular that its guitarist and chief songwriter, Gary Kemp, claimed Spandau was one of only a handful, including Culture Club and Duran Duran, that mattered at the time.

That’s actually one of the juicy quotes in “Soul Boys of the Western World,” a 2014 documentary on Spandau Ballet and ’80s music and culture that is also the name of the band’s current world tour.

It would be interesting to see how the band’s Filipino fans would enjoy the music when the tour makes its Manila stop tomorrow, Sept. 21, at the SM Mall of Asia (MOA) Arena. These fans are most probably now in their 40s and older—no longer kids but not too old either to have a good time.

In recent years it was just lead singer Tony Hadley who had been coming to Manila to perform with a band of sessionists; now, finally, Spandau Ballet has regrouped to play before an audience that would be watching it for the first time.

The presence of the five bars at the venue offered the crowd a taste of the bar-hopping experience; apparently these bars would be celebrating the month-long Oktoberfest in their respective locations with their own live gigs to add excitement to the nightlife.

BenCab draws on a phone

At the recent media launch of two new Samsung phones for Smart Infinity subscribers, the guest of honor was National Artist of the Philippines for Painting (2006) BenCab—who went onstage to do a live sketch using the “S” pen of the Samsung Galaxy Note 5.

“I’m a ‘Jurassic’ with these things,” he said while fiddling with the phone’s drawing features. But after consulting with a Smart representative, in a few seconds BenCab whipped up a woman figure in his signature style.

The Samsung Galaxy Note 5 is being offered, along with the Samsung Galaxy S6 Edge+, to Smart Infinity members and new subscribers of Plan 5,000 or Plan 8,000 in a package that includes two VIP orchestra tickets to “Les Misérables” which will have a Manila run in March 2016; SSI Purple Card; Swatch gift cards, Rustan’s gift cards; PAL Mabuhay Miles; and a free download of the soundtrack of “Les Mis” via Spinnr. The offer is valid from Sept. 29 to Oct. 29.

Our nightlife a few weeks ago included going to SM Megamall to watch the premiere of the film “Heneral Luna”—an earnest, intriguing take on the life and times of Antonio Luna, a legendary and controversial figure of the Philippine-American War.

The viewpoint taken by the film’s director, Jerrold Tarog, on personal motives and betrayal is quite unflinching.

The film’s producer, Artikulo Uno Productions, also hosted a special advance screening for the benefit of the Hero Foundation which provides educational assistance to children of soldiers killed or incapacitated in the line of duty.

Catch “Heneral Luna” which is having a resurgence in more cinemas due to public clamor. Visit facebook.com/Heneral.Luna