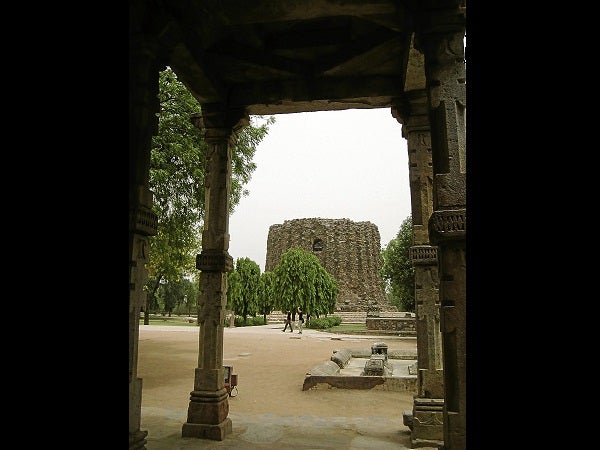 Towers and towering egos in Delhi 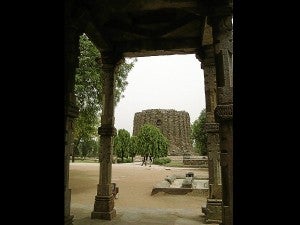 The comic book character, Tintin, had been to India on several occasions. In one episode, Tintin visits Delhi with his loyal partner, the bearish Captain Haddock, while en route to Kathmandu. While waiting for their connecting flight, the couple takes in the sights of the Indian capital. They visit the Red Fort as well as the Qutb Minar.

I recall a frame that showed Tintin looking up at the towering Minar and observing that “It’s 238 feet high.” Checking out the local tour brochures the last time I was in Delhi, I was quite impressed to find that Herge, Tintin’s creator, was on the dot about the structure’s height.

Herge was also correct about his choice of sights. The Red Fort and the Qutb Minar are probably two of the most remarkable attractions in a city filled with amazing things. The whole compound of the Minar is actually on the World Heritage List of the United Nations Educational, Scientific and Cultural Organization (Unesco), which noted that it was “an outstanding example of the architectural and artistic achievement of early Islamic India.”

A 1927 archaeological survey guidebook by a certain JA Page quaintly declares that “among the many historical remains at Delhi, the most notable and arresting in point of antiquity and design is the Qutb.” Now who could argue with that? 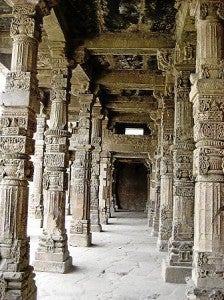 In view of Mr. Page’s and Herge’s endorsements and having already been to the Red Fort, I then decided to see the great tower. Sadly, I experienced an unfortunate incident while buying my admission ticket. I had given the ticket seller a thousand rupee bill and was surprised when he handed me a much smaller amount than what I had expected as change.

When I asked him about this, he coolly informed me that I had given him a hundred rupee note. Luckily, I had just counted my money and I knew exactly what I had brought out of my wallet. I stood my ground. Seeing my conviction, the ticket seller casually gave me the correct change. Then he asked me for a tip. It was then that I decided that the better part of valor was to flee!

Fortunately, the pleasant environment of the compound instantly calmed my frayed nerves. Everywhere one turned were luxurious lawns and tall trees. It was an oasis, a respite from the heat of the city. I decided to chalk up my ticket seller incident to experience and concentrate on my exploration.

My first stop was the ruins of an ancient mosque. Entering the courtyard, I was a little confused by the rows and rows of columns which didn’t look like they belonged in the vocabulary of Islamic architecture in India. In fact, what they reminded me of were the endless colonnades of the remarkable temple cities of Tamil Nadu. 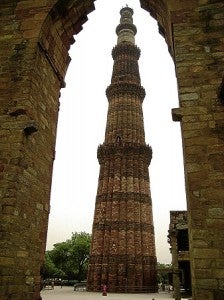 It turned out that there was a good reason for my confusion: after the invading Muslim armies had defeated their Hindu adversaries, one way to demonstrate the power of the victors was to destroy the sacred shrines of the vanquished. The stones and pillars salvaged from the dismantled temples were then used to build the places of worship of the conquerors.

All over the ruins of the mosque, one could see bits and pieces from other edifices. The statuary had been covered up, as these were against the sensibilities of the Muslims. Only the floral and geometric decorations were retained but embellished with carved passages from the Koran. The result was a new entity confectioned through an architectural cut- and-paste.

Looking at the convergence of designs on the walls, I could not help reflecting on the changing fortunes of history. Armies battled for supremacy, and the result would be inscribed even on holy places which were pillaged, defiled, and then heartlessly refashioned. Religious nostalgia had no place in conquest.

At the center of the courtyard is one of the marvels of the Qutb compound: an iron pillar which has not rusted despite the passing of centuries. The type of alloy used is said to be quite unusual for the period in which the piece was cast. Some have suggested that the metal surface had not corroded due to the practice of bathing the pillar with oil. Others noted that a Garuda, the mount associated with Vishnu, may have once adorned the very top.

Still others say that encircling the mysterious column with one’s arms would bring good luck. Whatever the truth may be, the authorities did not seem to be amused; they have built a fence around the famous iron pillar. Of course, the compound’s main attraction is the awe-inspiring Minar itself. It takes its name from its builder, the Muslim commander Qutb-ud-din Aibak. He had the imposing structure erected at the turn of the 13th century to commemorate his triumph over his Rajput foes at the battle of Narain. His inspiration was the Minaret of Jam in Afghanistan.

Predictably, he would not be content unless his creation would surpass what it was modeled after. Eventually, the Delhi edifice would end up 7 meters taller than its Afghan counterpart, making it the tallest stone and brick tower in the world.

The Qutb Minar is an impressive sight. What makes it so visually arresting is the fact that it is not just a simple spire. Its sides are ribbed, reminding one of the Petronas Towers in Kuala Lampur. The sides are also festooned with intricate carvings and inscriptions. A closer look will reveal a kaleidoscope of stone blocks in different shades of orange. The result is a shimmering surface which brings to mind sunsets on desert dunes and also the trunks of trees. 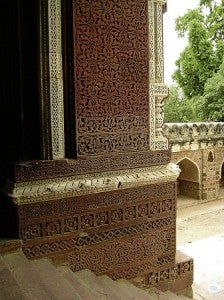 Staring at the Minar, one cannot help but wonder: how did it manage to remain standing for a millennium? How was it that it had not yet fallen victim to earthquakes or wars?

In fact, the tower had been damaged on a number of occasions. Subsequent rulers also tried to leave their mark. One ambitious fellow even tried to build a bigger version. The ruins of the base are all that is left of this unconsummated project. The sheer size of the pile of stone suggests how huge this second structure would have been.

Despite the amount of energy that must have been poured into this endeavor, however, the fates would decree that it was not to be. All that is left is a mound of rock, an eloquent reminder of a towering but frustrated ego.

Some time in the 19th century, the Qutb Minar’s crowning cupola was destroyed by lightning. The task to carry out the repairs fell on the shoulders of Major Robert Smith. The replacement that he eventually built was thought to be incongruous with the rest of the beloved Minar’s style. In 1848, Smith’s own cupola was ordered removed by the viceroy, Lord Hardinge. The offending structure was later transferred to one corner of the garden where it can still be seen today. Locals have come to call it “Smith’s Folly.”

Walking out of the compound I was met by a party of visitors. Their colorful attire marked them as residents of one of the thousands of villages of rural India. Watching as they walked away, I could not help but reflect: what came to their minds when they viewed this majestic creation of their long-dead rulers?

Did they take pride in the wonder of past achievements? Or is it possible that their own foreparents had been among those whose homes had been pillaged, whose temples had been reduced to the blocks that would be swallowed up by the vast mass of the minar?

Great monuments may or may not survive for centuries. Yet the questions and conflicts, dramas and dreams that their creation may have engendered will continue to demand answers long after their builders and occupants are nothing more than dust.