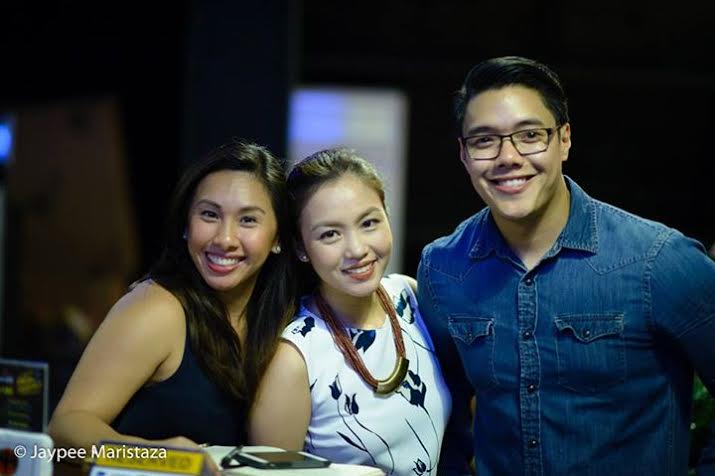 The three met through different workshops and productions with Triumphant Peoples Evangelistic Theater Society (Trumpets) as far back as the late ’90s. They not only still work in the industry but also make it a point to watch all of the other productions they aren’t part of.

“[Our local productions] are so exciting and the talent is so rich and abundant,” says Valdes, whose recent stage credits include FRStage Productions’ “Sabel: Love and Passion,” 9 Works Theatrical’s “The Last Five Years,” and Actor’s Actors Inc.’s “Red.”

Even then, they say there aren’t enough productions to accommodate the talent overflow. He points out that, sometimes, the industry’s homegrown performers are edged out of roles when companies hire TV or movie personalities for the commercial draw.

“But they are truly more than competent,” says Valdes. “We want to give the musical theater industry more light and to bring the underrated triple threats to the forefront. So we set up our own company to produce shows.”

They have the support of fellow theater actor JM Rodriguez, a co-owner of the venue. “We’ve just started and our focus is on creating quality shows. We’re still learning the ropes,” says Concepcion.

Concepcion, whose recent credits include Egg Theater’s “Maniacal” and 9 Works Theatrical’s “Sweet Charity,” notes that they all have busy careers outside of producing, and, as such, “this is what we can handle for now.”

She is touring Kuala Lumpur and Singapore with Atlantis Theatrical Entertainment Group’s “Saturday Night Fever.” Pineda does commercial modeling and teaches at University of the Philippines, while Valdes does film direction.

Valdes pitched the company to the two ladies last year when they had just returned to Manila after completing musical theater studies abroad—a bachelor of arts honors class at Lasalle College of the Arts, Singapore, for Concepcion; and a master’s degree at University of London for Pineda.

Using only Facebook (where they also post video snippets of past shows) to announce their shows, the group has been able to draw crowds.

“We were very nervous for our inaugural show. We didn’t know if people would actually show up,” says Pineda, whose most recent appearances have been in Upstart Productions’ “Into The Woods,” Repertory Philippines’ “The Producers” and Dulaang Unibersidad ng Pilipinas’ “Measure for Measure.”

“We are very happy, and a little surprised, at the success we’re experiencing, even at this early stage,” adds Pineda. “We have never had empty seats, people have had to stand. We get teens, senior citizens, theater practitioners and fans.”

They already have a lineup for the rest of the year, but just so that it’s more fun for everyone, they prefer to announce upcoming shows one at a time.

They want to remind everyone, though, that it’s not called One Night Stand for nothing: “No repeats. No reruns. We do not intend to restage shows. Our goal is to make ONS a monthly habit that people won’t want to miss.”