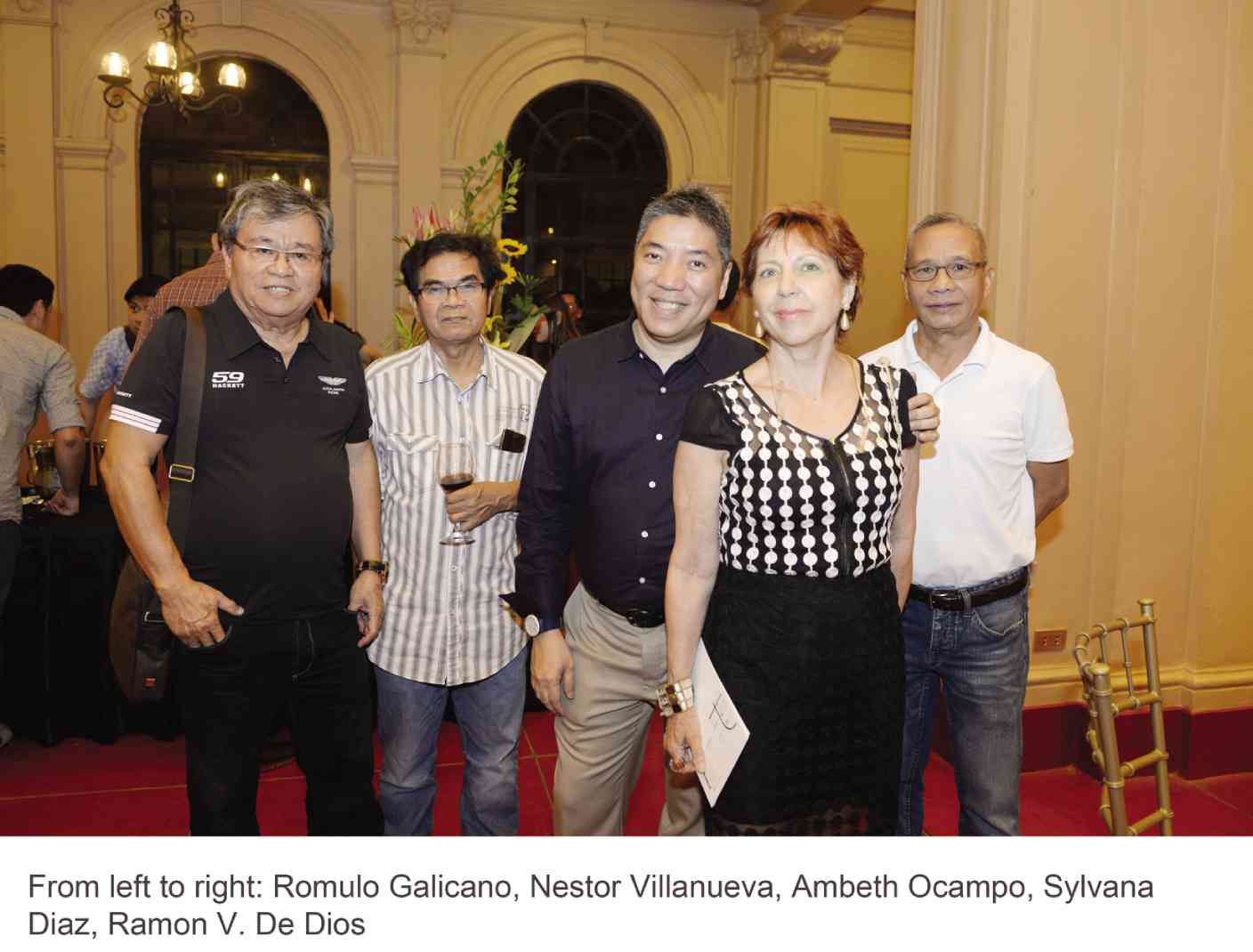 IT IS a touching gesture that Emilio Aguilar Cruz’s legacy of patriotism and service has been upheld by his family, and in giving his artworks to the nation through the National Museum, the works have become even more significant.

The Emilio Aguilar Cruz Hall was inaugurated last Tuesday at the National Museum with a turnover ceremony that included over 70 donated artworks. The works are now on exhibit in a hall, named in his honor.

The artworks of Emilio “Abe” Aguilar Cruz (EAC) now form part of the permanent collection of the National Museum.

Barnes, in welcome remarks, said that the donation would enrich what the museum has in terms of fine arts.

“This donation is a significant milestone in the National Museum’s efforts to promote our artistic and cultural heritage and strengthen and enhance the permanent collection as well as our public exhibitions here at the Old Legislative Building, which has, over the past decade, been developed into our National Art Gallery, soon to be renamed the National Museum of Fine Arts.”

The turnover of Cruz’ artworks is the largest single donation to the National Museum since the Far East Bank’s bequest of paintings by Juan Luna in 1987.

“We have been looking forward to the donation,” Labrador said. “I think it’s high time we put Emilio ‘Abe’ Aguilar Cruz in the kind of context that he should be in. In terms of Philippine art history, Emilio Aguilar Cruz has been bypassed so many times because people couldn’t fit him in a stereotypical role. He was artist, writer, bon vivant, and much more, during his lifetime.

The National Museum also wanted to show Aguilar Cruz’s role with the Dimasalang Group, in continuing the tradition of impressionism, a style that appeals to many Filipinos.

He was mentor to the Dimasalang Group, whose members—Romulo Galicano, Ibarra de la Rosa, SYM and Andres Cristobal Cruz—shared his inclination to realism and impressionism at the time.

He continued to paint well into his 70s, producing enough works for a spectacular retrospective at the Metropolitan Museum of Manila right before his death in 1991.

Lorna Ambas, president of LJC Restaurant Group, granddaughter of Cruz and daughter of Larry J. Cruz, expressed the family’s desire to preserve the artworks by donating these to the National Museum.

She added that the turnover was one of the highlights of   Cruz’s centennial celebration.

Other activities will include the release of a commemorative book of recollections on him, and a mall exhibit tour.

Ambas said that many are familiar with the name of Abe as a restaurant brand, but only a few really know the man behind it.

“A year ago, when we were planning EAC’s centennial for 2015, we realized that, to the younger generation, Abe was the popular restaurant brand of the LJC chain and not much else. So we set about to highlight his other accomplishments as writer, journalist and artist.

“We arranged sketching sessions with today’s Urban Sketchers, looking at the possibility of bringing them to Abe’s Farm in Magalang to do some outdoor sketching, as EAC did with his artist friends…

“We planned something that simple, but the thought of an exhibition of his works at the National Museum never crossed our minds.

“Then Dr. Labrador, assistant director and chief curator of the National Museum, contacted us and asked our help for the Dimasalang exhibit, which the museum launched in November 2014, and ran till July of this year. What great timing! The Dimasalang exhibit was a perfect way to usher in EAC’s centennial celebration.

“It was about the same time that Dr. Labrador gave us a tour of the newly refurbished Museum of Fine Arts. We were so impressed with the improvements done that when she asked if we could donate some of EAC’s paintings to the museum, I said that I would discuss it with my aunt Therese, the only surviving child of EAC, who now owns the collections…

“I must admit that I was hesitant at first to let go of the pieces. A lot of the paintings reminded me of my time with lolo—posing for him for portraits, watching him during the many painting sessions with Sym and Galicano. We have enjoyed the paintings for so long. But like my aunt Therese, we felt the time was right for people to know about EAC and his works. We were not losing the paintings but donating the artworks that would preserve the memories we hold so dear.”